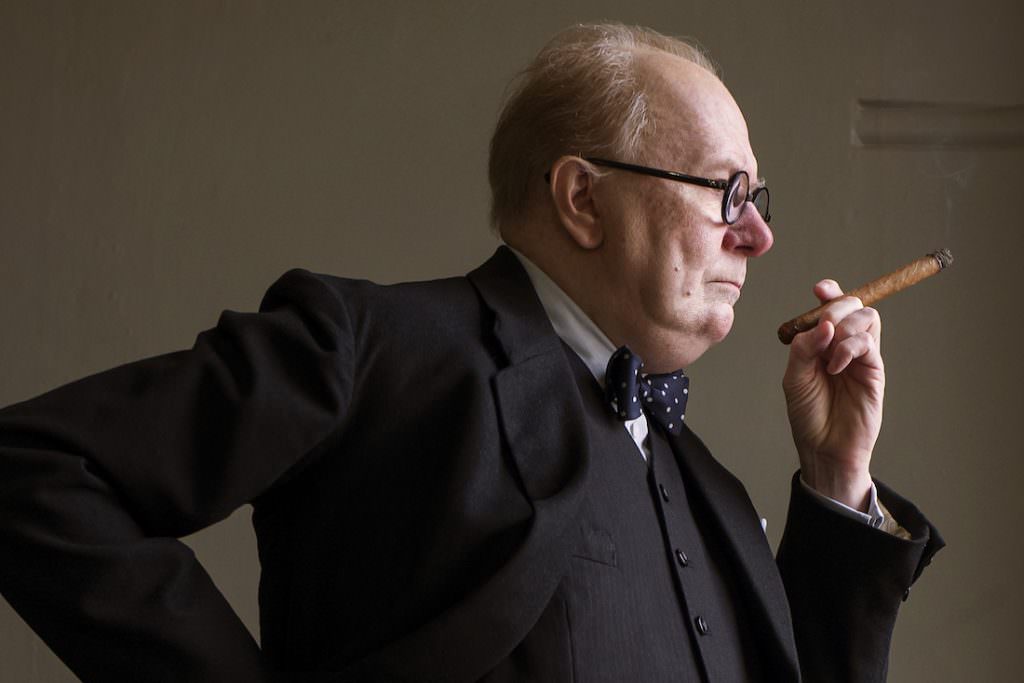 All the buzz following director Joe Wright’s Darkest Hour world premiere at the Telluride Film festival has been about how the film, and its’ star Gary Oldman, are likely Oscar contenders. Written by Anthony McCarten (The Theory of Everything), Darkest Hour looks at the early days of World War II, and how the newly elected Winston Churchill (Oldman) had to steer Britain while the collapse of the western world looked likely. France was about to fall, and the Nazi forces looked unstoppable as they advanced across the continent, cornering the allied forces on the beaches of Dunkirk. You’ve likely learned a bit more about Dunkirk since Christopher Nolan’s film of the same name wowed audiences this summer. Nolan’s Dunkirk focused solely on the soldiers and civilians involved in that campaign, one in which the fate of Western Europe hung in the balance. There were hardly any mentions of Churchill, let alone any scenes with him in it, as Nolan chose to keep his attention solely on those on the ground (and in the sky, and in the water) as they tried to survive the Nazi onslaught. In Darkest Hour, the focus is squarely on Churchill, the newly appointed Prime Minister, as well as his political rivals, as he must decide whether to negotiate with Hitler and save the British people, or, rally the nation and the world to fight on against incredible odds.

The buzz surrounding Oldman’s performance is considerable, and you can see why. Focus Features will be dropping a brand new trailer tomorrow, which we’ll share. Below we’ve embedded the new theatrical poster, which does wonders with Churchill’s beloved cigar, and shows how thoroughly absorbed, body and soul, Oldman seems to be in his world famous subject’s life.