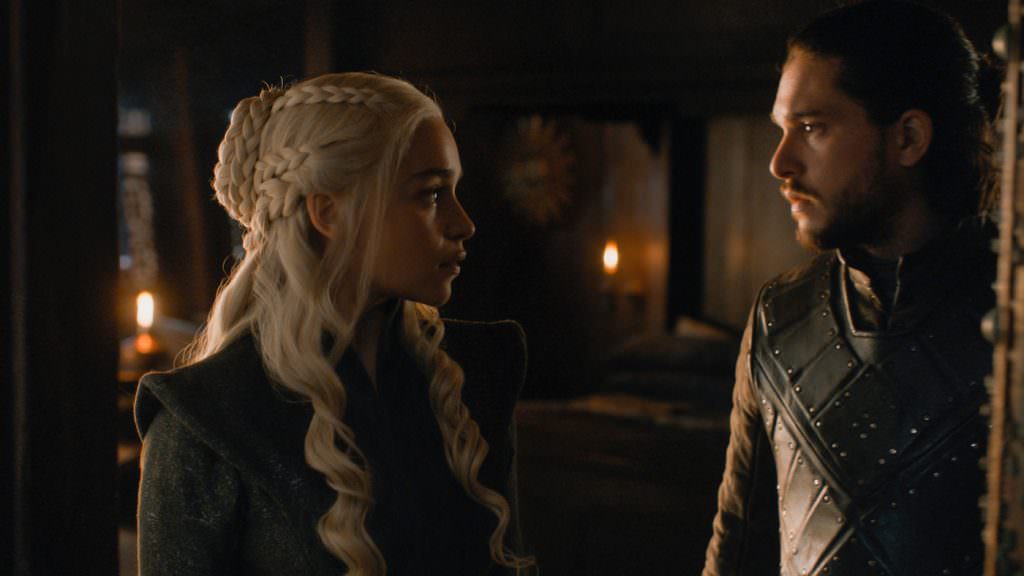 Game of Thrones to Shoot Multiple Endings to Ward off Spoilers

Even more dasterdly than the Night King and his entire army of the dead are the people who will stop at nothing to ruin Game of Thrones for the rest of us. Another way to look at the news that HBO is planning on shooting multiple endings to Game of Thrones is that its just an example of extreme caution, making sure that any member of the cast or crew who may accidentally (or otherwise) let slip how the world of Westeros is left once the last episode is over can’t spoil the show for the rest of us.

The Morning Call reports that HBO president of programming, Casey Bloys, had this to say when speaking to a group of students at Moravian College in his hometown of Bethlehem, PA:

They go on to remind us, helpfully, that this idea doesn’t make Game of Thrones creative team, led by David Benioff and Dan Weiss, unnaturally paranoid, and in fact is part of a long history of long-standing and hugely popular shows filming multiple endings for just this purpose. Breaking Bad did it, so did The Sopranos. Even waaaaay back in the prehistoric 80s, Dallas did it, too.

What’s also sort of wild is that this means (potentially) that none of the cast or crew will really know how the show ends until they see it themselves. While some of the endings they shoot will likely seem, well, unlikely, it’s kind of cool to imagine that Kit Harington, Emilia Clarke, Lena Headey and the rest of the cast will be as in the dark as we are. Who knows, maybe they’ll be forced to end GoT with Arya on the Iron Throne and a reanimated Littlefinger lurking in the shadows in wight form?

No matter how many endings they shoot, let us all pray they will shoot only one Cleganbowl, and it’ll end with the Hound victorious.