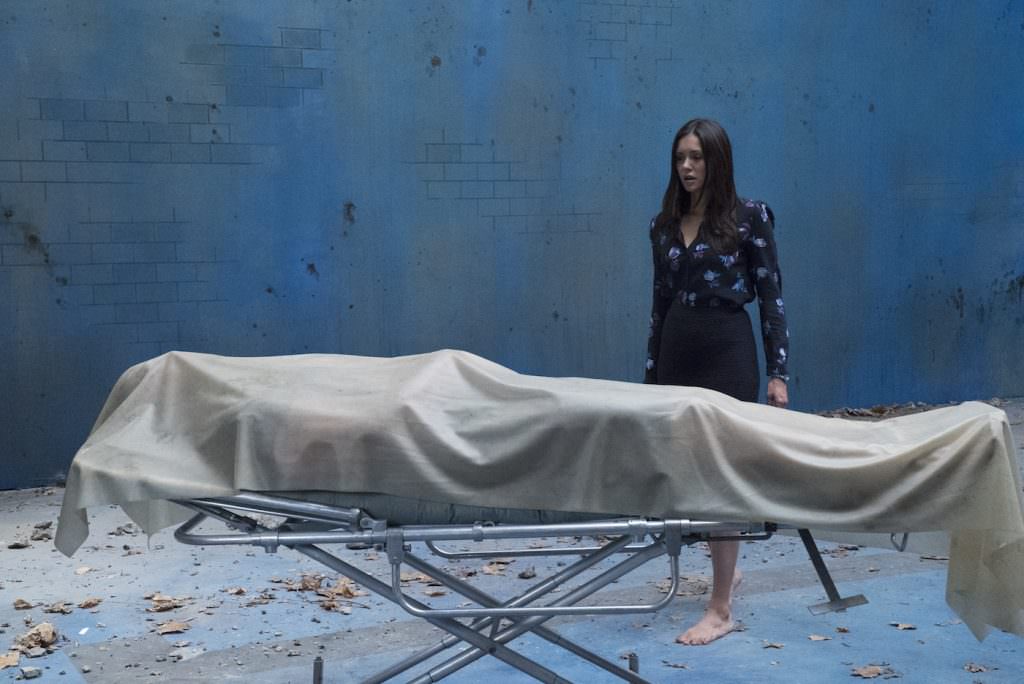 Likely best known for scoring the entirety of HBO’s now-culturally iconic True Blood, composer Nathan Barr’s career is hardly limited to accompaniment music for genteel Southern vampires. He’s currently working on projects as diverse as a new version of Flatliners (out September 29th and starring Keifer Sutherland and Ellen Page), AMC’s new western series The Son, and the ongoing The Americans. With films like The Boy Next Door, Hostel, and Cabin Fever under his belt, we were also curious about his apparent predilection for the horror/thriller genre — one might never guess at his classical roots. We chatted with Barr about his upcoming projects, tutelage under Hans Zimmer, and building a studio around a historic Wurlitzer organ.

Your current project is a new version of Flatliners. What was it like trying to compose music to accompany the post-death experience?

I’m still working on it, I have another day or two. I was brought into the process very late, so I had to write about an hour of music in 3.5 weeks, so it’s been insane, fun, and challenging. I’m working on the last scene right now. Often you have a lot of time as a composer, but with something like this, there was no time to think about things, I just had to write write write, get feedback from the director, Nils [Arden Oplev], and adjust accordingly. It’s been fun to see this score take shape out of nowhere. They’ve tried to make a film that’s about the world of flatliners and not just a horror film. It’s more of a thriller. it’s been interesting to speak to both sides of these characters, whether they’re in the afterlife or the world as we know it. It’s definitely about giving an identity to both sides of the coin.

What instruments and methods did you deploy to enter this creepy world?

I’ve used a lot of unusual instruments to do that. I have harpsichord, for instance, and there’s a motif that runs throughout the film [that uses it], but you would never know it’s a harpsichord. Another instrument I use is an array nail organ. The organ is comprised of 100 nails, and when the head of these 100 nails is rubbed with resin on the tip of your finger, it has a unique metallic whistling sound that it creates.

In composing for the film, how much did you draw from 1990’s Flatliners?

It’s totally separate — I didn’t even go and re-watch the film, although of course I remember it from when I was kid. It was a completely different approach. I’m excited to see [the original] now that we’re finishing up. This is really like sequel.

How did you make the jump from a more classical-based career to Hollywood?

A long time ago, I was on that track, of becoming a concert cellist. I was never of the caliber to be a solo performer, but I loved playing in chamber ensembles and orchestras. I always loved film music and came to LA in 1996, and pretty quickly became an assistant to Hans Zimmer, and that’s how I got my start. It was a shot in the dark moment — I’d sent a resume in for a posting about a job for an anonymous composer, who turned out to be Hans. I got a crash course in what it was like to be a composer, for eight months, and then I was gone and on my own.

Can you tell us what that period was like, learning from Zimmer?

It was sort of a front row seat to a guy who is at the very top of the game. He was very generous, including me in meetings, every aspect of his life. I got to see a very personal version of what that life was, and I loved it. I loved that a good living could be made writing film music and being part of that storytelling process. It was very long hours, grueling, but when I left eight months after joining him, I had a grasp on what he had to do to make it.

We know it’s been some time, but what kind of research did you do to score all of True Blood?

That was one of those great experiences in life, to be on a show that became part of pop culture and had the same kind of…maybe not quite as big, but the same kind of excitement about it that Game of Thrones does now, where people would get together and watch it Sunday nights. I got the gig by pitching my approach to the world of True Blood, which was not to be hampered by being totally regional with the score, but making it about the emotional journey of the characters. For instance, cello for Bill, and all kinds of musical instruments. They liked that it wouldn’t be all slide harmonica and guitar.

What are the biggest differences in scoring for television and film?

The biggest difference is that for True Blood, I had 80 hours of scoring to do. With a film you have two hours. There’s much more room for development in television just because of the sheer amount of time you spend writing for those characters. And often, television is on a tighter schedule, though not always.

You’ve done a lot of horror/thriller films. Is that on purpose?

Shifting gears to your own experience as a musician, we need to know: do you really own a trumpet made with part of a human femur? If so, how does that even work? We’re also curious about the rest of your collection.

In Tibet, some monks, when they pass away, have their bodies made into musical instruments. There are skullcap percussion instruments and legbone trumpets. It’s more ornamental. Each end is dipped into silver, which is engraved. You can get wind through it, if not a sound.

The biggest new addition to my collection is a Wurlitzer theater organ, which was built for Fox Studios in 1928. It was built for silent film, and it was a name everyone knew in the early 1900s — it was a big deal for a theater to say they had a Mighty Wurlitzer to accompany films. This particular instrument was used in The Sound of Music, The day the Earth Stood Still, and Patton, so all the great composers used this instrument at some point in one of their scores at Fox. It was sold off by the studio inexplicably in 1997, but thankfully was carefully packed up. I’m three months away from building my own studio in Los Angeles [with the Wurlitzer as a centerpiece].

What are your main goals with such an unusual music studio?

The main goal is to create a very special meeting pace for musicians of all genres to come together and make music, whether that’s an orchestra or a band. I wanted to build a very inspiring space that was completely unique, where music could be made and recorded.