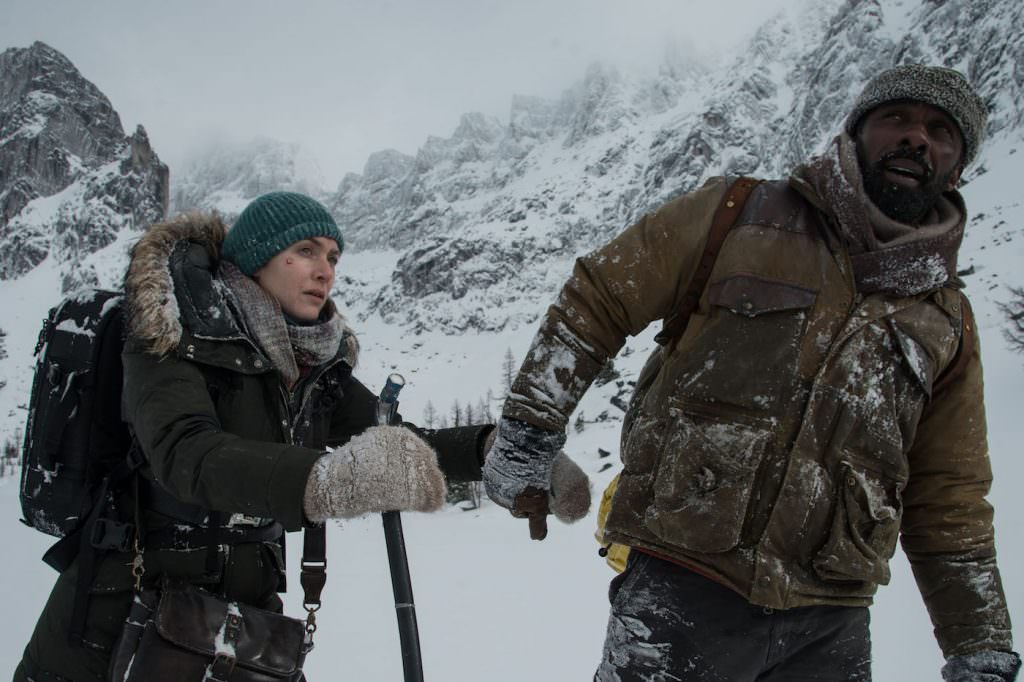 Fall Read/Watch List: Check out These Books Before Their Cinematic Adaptations Arrive

Each year, there are a wide variety of new films that have been adapted from novels, biographies and memoirs. In 2017 alone, disparate movies like Fifty Shades Darker, The Shack, A Dog’s Purpose, The Zookeeper’s Wife and The Dark Tower were adapted from books. These films had little in common other than the commonality of being adapted from literary source material.

As the fall movie season gets underway, a panoply of other movies adapted from literary sources are on the way. With that in mind, we’ve prepared a list of thirteen books that you should check out before their cinematic adaptations arrive in theaters.

It: It’s only been a few weeks since The Dark Tower hit theaters and another adaptation of a Stephen King story is on the way. The new film It (which is earning great reviews) tells the story of a killer clown named Pennywise that terrorizes youngsters in a small community. It stars Jaeden Lieberher, Jeremy Ray Taylor, Finn Wolfhard and Bill Skarsgård, who takes on the role of Pennywise.

Chase Palmer, Cary Fukunaga and Gary Dauberman adapted the King novel, which was previously adapted into a 1990 television mini-series. The new film hits theaters this Friday and you can take a look inside It’s house of horrors here.

American Assassin: The late novelist Vince Flynn entertained millions with his political thrillers. Many of those thrillers featured Mitch Rapp, a CIA-trained operative, and this new film focuses on one of Rapp’s earliest assignments.

Dylan O’Brien takes on the role of Rapp, who is tasked with hunting down a well-known terrorist. Flynn’s book was adapted by screenwriters Stephen Schiff, Michael Finch, Edward Zwick and Marshall Herskovitz. Directed by Michael Cuesta, the thriller co-stars Michael Keaton and Taylor Kitsch and arrives in theaters on September 15th.

Rebel in the Rye: The Catcher in the Rye is a beloved novel but this cinematic adaptation seeks to tell the story behind the J.D. Salinger classic. Adapted from the Kenneth Slawenski biography J.D. Salinger: A Life, the feature presents Salinger as a young aspiring writer struggling to bring Holden Caulfield’s story to life.

Nicholas Hoult stars as Salinger in the film alongside a supporting cast featuring Kevin Spacey and Sarah Paulson. The biography was adapted for the big screen by Danny Strong, who also directs the film. Rebel in the Rye is set to hit theaters on September 15th.

Stronger: Jeff Baumen was standing near the finish line of the Boston Marathon in 2013. He was paralyzed during the terrorist attack that day and lost both of his legs. He didn’t lose his hope though and in his 2014 book Stronger (which he co-wrote with Bret Witter), he told his unique story of overcoming this tragedy.

John Pollono has adapted that nonfiction book into a new film starring Jake Gyllenhaal. Directed by David Gordon Green, the feature brings Baumen’s inspiring true story to the big screen with a cast that also includes Tatiana Maslany and Miranda Richardson. The film is set for release on September 15th.

The Mountain Between Us: This novel by Charles Martin tells the story of two plane crash survivors who are stranded together in a remote mountainous region. Published in 2011, the story focuses on these two individuals — who barely know each other — attempting to survive the elements and find their way home.

The film adaptation stars Kate Winslet and Idris Alba and was directed by Hany Abu-Assad. It was adapted for the big screen by J. Mills Goodloe and Chris Weitz. You can check out the trailer for the compelling drama here and you can check out the movie on October 6th.

The Snowman: Jo Nesbø is well-known for his crime novels, especially his long-running series of books featuring detective Harry Hole. One of the entries in that series is The Snowman, a novel focused on Hole’s pursuit of a psychotic killer who becomes known for the cryptic snowmen he leaves near crime scenes.

Wonderstruck: In 2011, director Martin Scorcese brought the family-friendly Hugo to the big screen. The film, which met with rave reviews and went on to win five Academy Awards, was adapted from a children’s book by Brian Selznick. Now, six years later, another adaptation of a Selznick novel is coming to the big screen.

Wonderstruck, which was adapted for the big screen by Selznick, tells the story of two seemingly-disconnected young people who grew up decades apart but share a connection. Director Todd Haynes brings this unique story to life onscreen with a cast featuring Julianne Moore, Michelle Williams, and Oakes Fegley. The film arrives on October 20th.

Wonder: The 2012 R.J. Palacio novel Wonder tells the story of a boy with facial defects who has to adjust to a new school. The boy faces ridicule and mean-spirited fellow students who can’t see past his unique face. Jacob Tremblay stars as the main character in this family drama and the movie also features Julia Roberts and Owen Wilson.

Jack Thorne, Steve Conrad and Stephen Chbosky adapted the book for the big screen with Chbosky (who previously adapted and directed his novel The Perks of Being a Wallflower for the big screen), also serving as the film’s director. The new film arrives in theaters November 17th.

Murder on the Orient Express: Agatha Christie’s beloved mystery about a murder investigation on a train was adapted for the big screen in 1974. The movie featured an incredible cast including Sean Connery, Lauren Bacall, Ingrid Bergman, Vanessa Redgrave and Albert Finney.

Director Kenneth Branagh has brought the beloved story back to the big screen in a new remake, which is set for release on November 20th. Adapted by Michael Green, this new drama stars Penélope Cruz, Johnny Depp, Willem Dafoe, Judi Dench and Branagh himself, who takes on the role of Detective Poirot. You can check out the film’s trailer here.

Film Stars Don’t Die in Liverpool: A 1985 memoir by Peter Turner recounted the actor’s relationship with the late Academy Award winner Gloria Grahame. Turner was a young actor when he began a romantic relationship with The Bad and the Beautiful actress and his memoir about the duo was published four years after Grahame passed.

In the film, Annette Bening stars as Grahame while Jamie Bell takes on the role of Turner. Matt Greenhalgh adapted the memoir for the big screen and the drama was directed by Paul McGuigan. The film will be released on November 17th.

Molly’s Game: Molly Bloom once hosted some of the biggest Hollywood celebrities for her underground poker games. After she was arrested, she published a nonfiction book about her games and the Hollywood royalty who used to come play.

Aaron Sorkin, who previously won the Oscar for his adaptation for The Social Network, adapted Bloom’s book and directed the new film. Jessica Chastain stars as the lead character. You can check out a trailer for the film here. The film arrives nationwide on November 22nd.

Call me by Your Name: André Aciman’s 2007 novel about a budding relationship between two men in Italy earned rave reviews when it was released. The book tells the story of an Italian youngster who becomes intrigued by an American visiting his family in the 1980s.

James Ivory adapted Aciman’s book for the screen and Luca Guadagnino directed the drama. Timothée Chalamet stars as the young man here with Armie Hammer playing the intriguing American visitor. Call Me By Your Name arrives in theaters on November 24th.

The Disaster Artist: Greg Sestero was a young actor when he joined the cast of The Room. Written and directed by Tommy Wiseau (Sestero’s classmate in an acting class), The Room was a box office failure but grew a cult following when viewers embraced it as a terrifically bad movie.

Years after making the film, Sestero recounted his experiences making the film in a book. That book has now been adapted into this new film, which was directed by James Franco. Michael H. Weber and Scott Neustadter, who we previously interviewed for their work adapting the novel Paper Towns, adapted Sestero’s book for the big screen. You can check out a trailer for the film here and you can check out the film on December 8th.