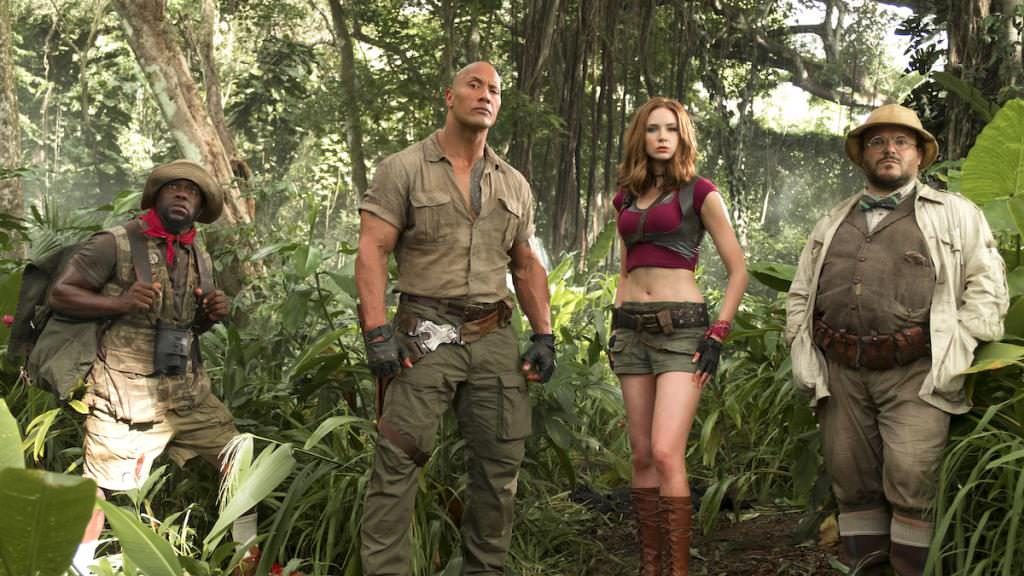 A brand new Jumanji: Welcome to the Jungle trailer is set to drop tomorrow, but The Rock couldn’t contain his excitement. Star Dwayne Johnson posted a preview of the hilarious jungle adventure to his Instagram. The clip is action packed with explosions, helicopters, hippos and more. Even without all of the exciting fanfare, the exchange between Johnson and Kevin Hart is gold. The new sequel seems to take on a lighter tone than the original version where Alan Parrish was trapped in the board game version of Jumanji, but it’s a fun and fresh take on the franchise.

A lil’ teaser before our worldwide trailer debut this WEDNESDAY. The game continues, but this time it plays YOU. If you’re down, then just get on my back.. #JUMANJI

If you missed the first trailer, you should check it out first to understand the amazing premise as this one doesn’t go into the setup. Four high school kids discover the video game version of Jumanji during detention and turn into the game’s avatars. We bet the Rock could probably hold his own in the jungle, but the stakes are a little different when he’s actually a teenage boy trying to escape a video game world. Here’s the official synopsis:

When four high-school kids discover an old video game console with a game they’ve never heard of – Jumanji – they are immediately drawn into the game’s jungle setting, literally becoming the avatars they chose: gamer Spencer becomes a brawny adventurer (Dwayne Johnson); football jock Fridge loses (in his words) “the top two feet of his body” and becomes an Einstein (Kevin Hart); popular girl Bethany becomes a middle-aged male professor (Jack Black); and wallflower Martha becomes a badass warrior (Karen Gillan). What they discover is that you don’t just play Jumanji – you must survive it. To beat the game and return to the real world, they’ll have to go on the most dangerous adventure of their lives, discover what Alan Parrish left 20 years ago, and change the way they think about themselves – or they’ll be stuck in the game forever…

Check back tomorrow for the full trailer. Jumanji: Welcome to the Jungle comes to theaters this December.