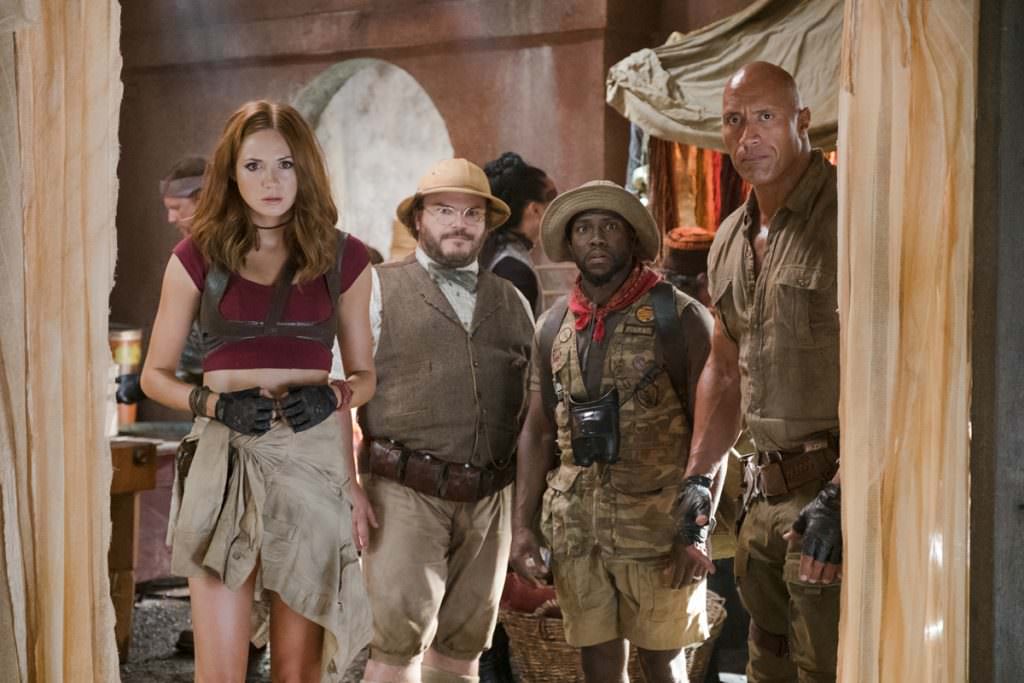 Discover More About the Jumanji Avatars in the Latest Trailer

Choosing an avatar is always an important part of any video game. Each has their strengths and weaknesses, and in the new Jumanji trailer, we get to learn a little bit more about who each of the players has chosen.

Spencer chose Dr. Smolder Bravestone. A natural born leader, he’s also got a boost on the rest of the gang for speed and packs a super powered punch. Martha chooses Ruby Roundhouse, so named for her crazy kicking ability. She’s a mega athlete who can take down any of the bad guys. Fridge picks Franklin” Moose” Finbar, the athlete may have lost his real life height and speed, but his avatar is a zoologist and weapons expert. With rhinos, hippos, and other beasts chasing the gang, his skills are sure to come in handy. Lastely, Bethany assumes alter ego Professor Oberon, played by Jack Black. We don’t know yet what his skills are, but it’s hands down the funniest gag of the trailer. We also get our first glimpse at the super evil looking Bobby Cannavale as the game’s villain, John Bardon.

We also get a better look at the four kids that find themselves in the jungle game. Spencer appears to be a real life gamer which makes him a natural fit to lead the group. Martha and Fridge are on different social stratospheres. He’s a popular jock while she is an often overlooked scholar. And Bethany seems to be solely self absorbed who values beauty over brains making her transformation even more entertaining.

It’s a really fun premise to see the group sucked into the world of Jumanji rather than the original version of the game coming to life in our world. Count us among the people who “seek to find a way to leave their world behind.” Escape to the jungle when Jumanji premieres December 20.