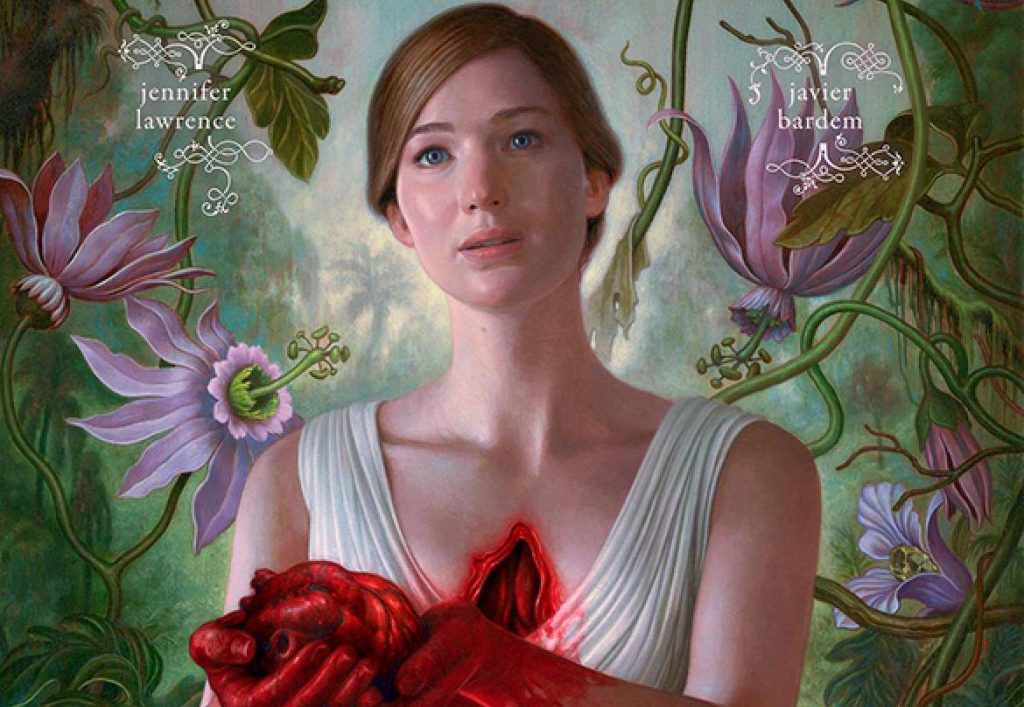 mother! is the David Lynch style nightmare you had that time you fell asleep when your parents made you go to Sunday School with the flu. In fact, there’s a spurting heart scene that is reminiscent of the dinner in Eraserhead. It’s a startling moment that precedes a lengthy assault of disturbing imagery and was the last moment in the film in which I had enough air in my lungs to scream. mother! is part environmental warning, part reflection of the patriarchy, all of it cleverly poured over Christian ideology and, at the very surface, it’s trademark surrealist Aronofsky entertainment at his best. He’s a director of extreme vision and technical brilliance. Of his generation of directors, he may possess the most startling, singular gifts. When you watch an Aronofsky film, you never for a second forget who the man behind the camera is.

This is about as far as you want to read if you don’t want anything spoiled for you. Although, the experience of seeing mother! is pretty incomparable.

Posters and secret teasers implied the film would be an homage to Rosemary’s Baby, in which zealous devil worshippers attempt to impregnate a young woman with the spawn of Satan. The correlation is intriguing, but the promotion was a red herring. mother! does lead to a birth, but the allegory is nearly the opposite.

Jennifer Lawrence plays a naïve and lucid woman descending into an increasingly depraved world and her delivery of mounting shock and horror is addictive. If you watched the trailers and hope to see scorched Earth, the film delivers. Literally. Her husband, played by Javier Bardem, is a caring, but aloof poet who had critical success but is creatively stalled. It seems that nothing could disturb their utopia until the entire biblical text descends on their fragile Victorian home in the span of a week.

The onslaught begins with Ed Harris as Adam and a glorious Michelle Pfeiffer who nearly steals every scene as Eve. Pfeiffer is stunningly petty, nosy, and entitled and absolutely nails the unsettling nature of the mother of all sin. The story plays out through Cain and Abel, then stories start hitting at a rapid pace. Crowd scenes are likely rich with biblical references, but things happen at such a violent speed that it’s difficult to catch the subtler references. The next major event picks up at the flood. The second half of the film descends into chaos as war and genocide break out. There’s a fantastically shocking scene in which Kristen Wiig illustrates the absurdity of violence in the world.

Aronofsky’s interpretation is built on the premise that the Earth is good and giving and is forsaken by an unworthy God when she does not wish to host humankind.  Although it may not be doctrine, the idea makes for a captivating thriller. The Bible is the best selling book of all time, afterall. Scenes that may or may not be interpreted as literal by followers of the faith are visualized completely on screen. The Bible is undoubtedly a brutal, uncivilized place. Watching it play out in a single blitzkrieg is hand over fist violence and debauchery that’s perversely hypnotizing.

Zealous fans of the poet indulge in their most base desires with wild abandon. They are ravenous and he is insatiable and the pattern is all consuming. Lawrence urges at first temperance then demands eviction but the atrocities against her property and body only escalate. When the abuse has stripped her of everything, the true theological divide occurs. In an ultimate state of shock and grief, the poet urges mother to forgive them. We won’t spoil the ending, but we promise there’s a substantial amount of gore.

If you don’t care to spot the biblical characters and just want to go along for the ride, the story itself is enjoyable. There are enough jump scares, psychological horror, and oh-my-god-what-just-happened moments to satisfy for a lifetime. At it’s core, mother! is a gothic tale of a woman who’s contributions, talents, and sacrifices are disregarded in favor of a man’s desires. Ultimately, the poet loved his own creations more than mother’s, which is a shame. His were repeatedly and wildly destructive and hers were beautiful. Worst of all, when all is said and done and he’s taken literally everything she had to offer, he suffers no consequence and starts all over again.

There’s something to be said for the Earth enduring humanity only for so long. Who is to say we haven’t been down this all consuming path before? Maybe there are some lessons never learned and some offenses that can never be forgiven. One thing is for sure, this is a classic Aronofsky film that is thrilling, shocking and cannot be unseen.