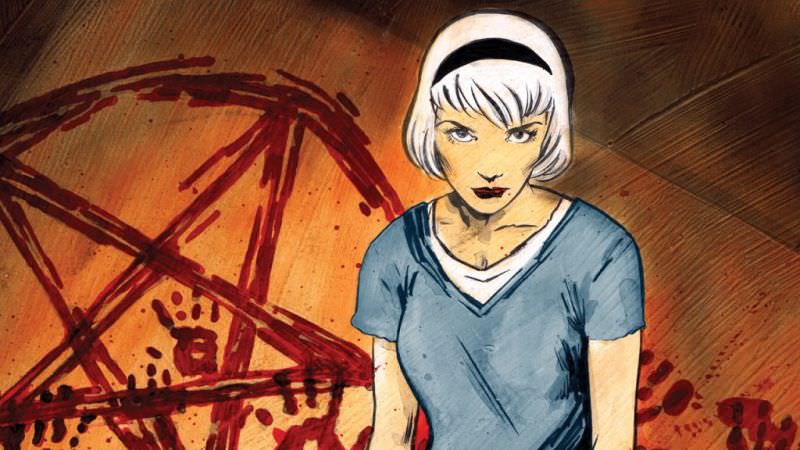 Ever since Riverdale took the traditionally wholesome Archie comics series and turned it into a racy teen melodrama, fans have been clamoring to see more from the characters. Our wish has been granted in the form of a horror version of Sabrina the Teenage Witch that’s being developed by The CW.

This isn’t Melissa Joan Hart’s lighthearted high school comedy. The comics incorporate dark topics like demonic villains, dark magic and possession. The comics are set in the 1960s and draw comparisons to classic horror like The Omen and Night of the Living Dead.

“SABRINA will draw from the critically acclaimed CHILLING ADVENTURES OF SABRINA comic book series from Archie Comics written by Roberto Aguirre-Sacasa and artist Robert Hack, detailing the compelling and shocking re-imagining of Sabrina the Teenage Witch’s occult origins. This dark coming-of-age story deals with horror, the occult, and witchcraft and will see Sabrina struggle to reconcile her dual nature of being half-witch and half-mortal while protecting her family and the world from the forces of evil.”

The series is expected to be written and produced by Archie Comics chief creative officer Roberto Aguirre-Sacasa who also pens the comics. Aguirre-Sacasa is executive producer of several super popular CW projects including Riverdale, Arrow, and Supergirl. We can’t wait to see how this project materializes and can only hope that Afterlife with Archie will be the next project adapted to screen.