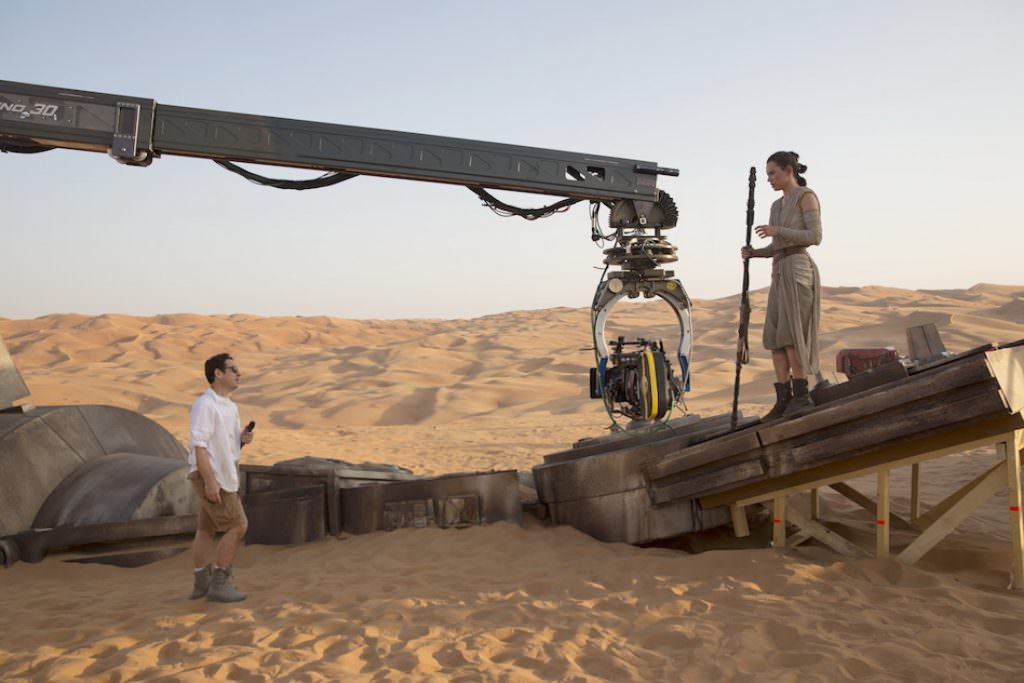 Major news on the Star Wars front, gang—J.J. Abrams is returning to direct the final film in the new trilogy, currently titled Star Wars: Episode IX. The Force Awakens director is a natural fit, of course, having successfully launched Lucasfilm and Disney’s new Star Wars trilogy in 2015. A statement from Lucasfilm and Disney posted on StarWars.com confirms the huge news:

J.J. Abrams, who launched a new era of Star Wars with The Force Awakens in 2015, is returning to complete the sequel trilogy as writer and director of Star Wars: Episode IX. Abrams will co-write the film with Chris Terrio. Star Wars: Episode IX will be produced by Kathleen Kennedy, Michelle Rejwan, Abrams, Bad Robot, and Lucasfilm. “With The Force Awakens, J.J. delivered everything we could have possibly hoped for, and I am so excited that he is coming back to close out this trilogy,” said Lucasfilm President Kathleen Kennedy.

While much of the speculation was centered on The Last Jedi writer/director Rian Johnson helming the capper, Abrams is an equally sensible choice, giving him a chance to end the trilogy he began, and finish the arcs for Rey, Finn, Poe and Kylo, the characters he so ably introduced us to. It also stands to reason that Johnson was likely burnt out after pouring his heart and soul into The Last Jedi, while Abrams, as perpetually busy as he is, has at least had some distance from the all encompassing world of working on a Star Wars film.

We’ll be updating you with more details as they come in.

Featured image: J.J. Abrams and Daisy Ridley on the set of Star Wars: The Force Awakens