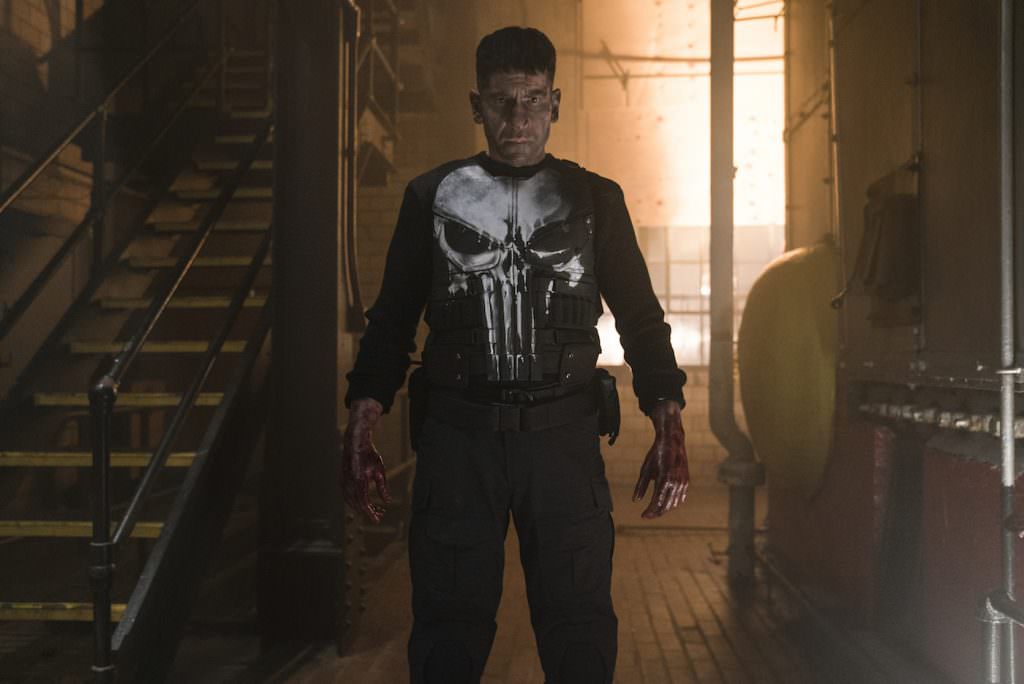 Behold the Brutal First Trailer for The Punisher

Everyone was more or less in agreement that Jon Bernthal‘s Frank Castle made Daredevil’s season two irresistible. As the most ungoverned of Marvel’s superheroes, a mirthless, shattered veteran who gave Daredevil a jolt in the best way. Now Bernthal’s unhinged brute has his own series, and Netflix has delivered the first trailer for The Punisher for your viewing pleasure.

As to be expected, The Punisher may exist in the same universe as the other Marvel characters we know and love, from Jessica Jones to Luke Cage, but he’s operating with a totally different set of rules. Like, no rules. The trailer is relentless, gruesome, and potent.

Bernthal is one of those actors that seem to radiate an intensity that makes him impossible to ignore.  He was the absolute best part of the early seasons of The Walking Dead, and writer/director Edgar Wright joked that the biggest complaint he got about Baby Driver was that Bernthal’s role wasn’t big enough. Here, Bernthal’s trademark intensity and commitment to character is fully evident, and having already nailed playing a vicious war hero with a wounded heart somewhere beneath all that gruffness in David Ayer’s excellent WW II film Fury, Bernthal is clearly in his element here. Only as Frank Castle, he’s got a major reason for his rage—his family was murdered.

The premise of The Punisher is, in part, what happens when a trained killer is betrayed and uses those skills to go after the folks who trained him. There have been several attempts at bringing The Punisher to the screen on his own, but only 2008’s ludicrous Punisher: War Zone, seemed to have a real pulse. Netflix’s take looks to be far less silly and a whole lot more nuanced, which is what you want when you cast an actor of Bernthal’s abilities. Yes, we’ve seen The Punisher punish his enemies, but if you’re building an entire series around him, there will have to be more than just vengeance fueling the narrative.

Netflix hasn’t unveiled a release date yet, but the trailer promises that it will arrive this year.