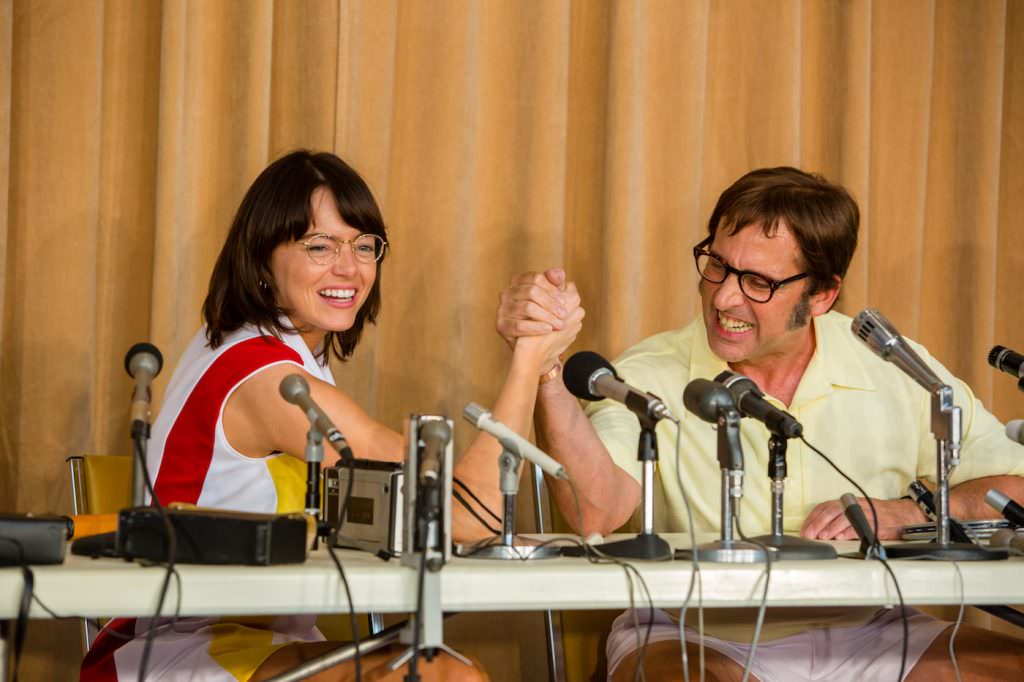 When I heard that Emma Stone and Steve Carell were starring in a new movie about the legendary Battle of the Sexes tennis match between Billie Jean King and Bobby Riggs, I rolled my eyes. I’m both a filmmaker and a tennis nut. (I got rid of my cable TV, literally, for 10 years because I couldn’t stop myself from watching the Tennis Channel). I winced at the thought of the obvious cutaways and close-ups the editor would need to rely on to hide the fact that Stone and Carell, fabulous as they are, aren’t Grand Slam champions. Turns out Pamela Martin, the editor of Fox Searchlight’s Battle of the Sexes, which opens Friday, winced at the thought, too.

“We’ve never had that great tennis movie because it’s too hard to re-create. Of course, I was worried going in, How good is this going to be? Is this really going to work?,” Martin says. “Tennis is similar to dance. If I watch a dance movie, but I don’t see it wide, I don’t believe it. It’s a whole body sport. That’s how we’re used to watching tennis on television, and that’s what your eyes crave.” Wider shots mean sometimes showing actors’ bodies and faces, like, together, as in, connected by their necks. Otherwise it’s “Jennifer Beals” “breakdancing” in the beloved but widely mocked climax of Flashdance. 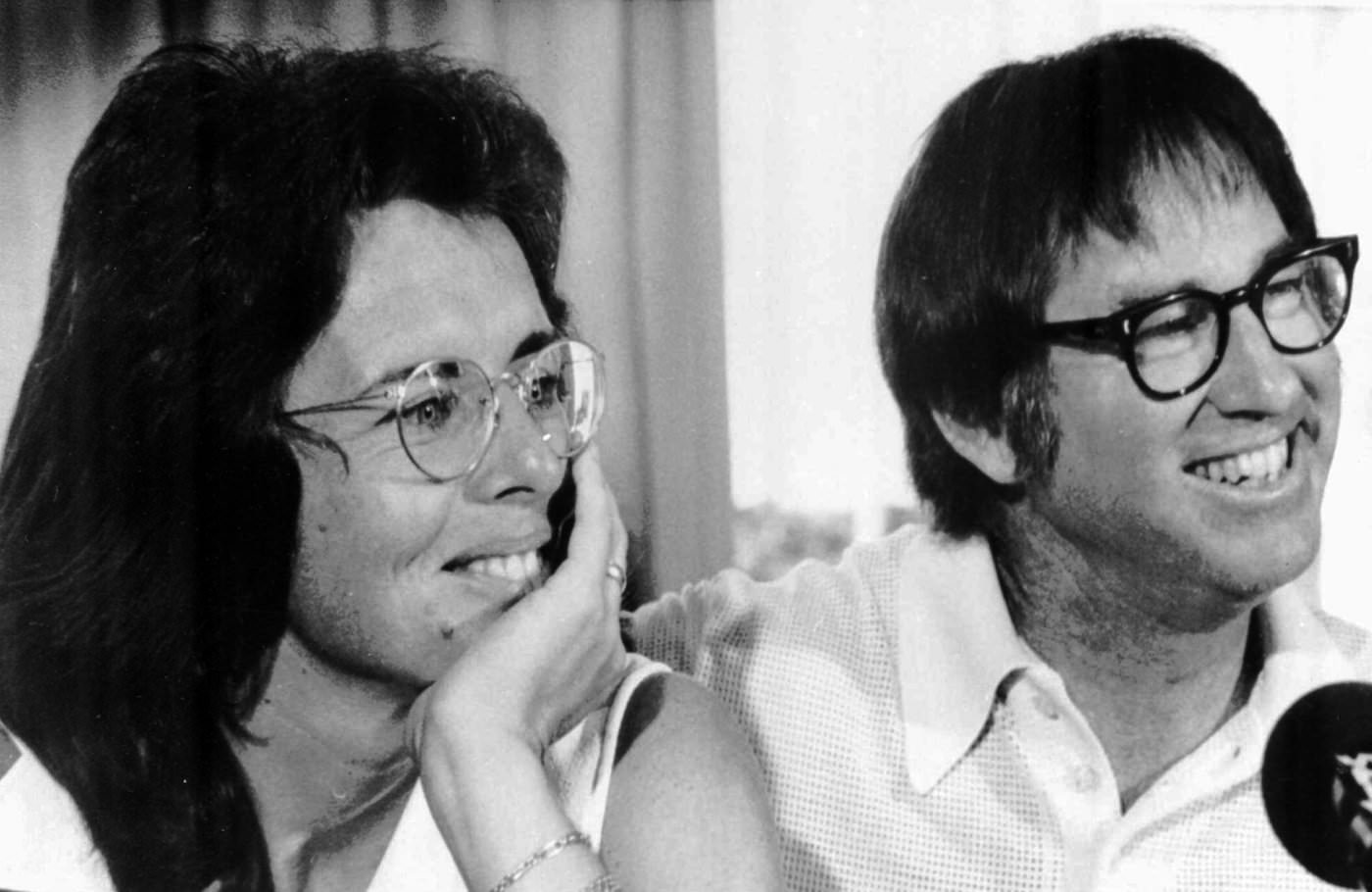 Billie Jean King and Bobby Riggs smile during a news conference in New York to publicize their upcoming match at the Houston Astrodome, July 11, 1973. (AP Photo)

Director of Photography of Linus Sandgren shot the recreation of the Battle of the Sexes match on television cameras with vintage lenses in order to faithfully recreate the look of the original ABC television footage. Martin brought sports-sequence editing chops from The Fighter, for which she received an Oscar nomination. She would eventually have a rousing score from Nicholas Brittell (Oscar nominee for Moonlight) and, of course, the dedicated performances of Stone and Carrell. None of it would matter if the tennis didn’t seem real. “It’s too hard to watch if you’re going, Ah, that’s not Steve! That’s not Emma!,” says Martin with a hearty laugh.

Helmed by Valerie Faris and Jonathan Dayton (Little Miss Sunshine), the production turned to the visual effects company Lola, which developed face replacement visual effects to create the “Winklevii,” the identical twins in The Social Network. (Lola was also in the news this year for “de-aging” the faces of celebrities like Johnny Depp for flashbacks in the latest installment of Pirates of the Caribbean). Here’s how the process worked: Martin edited the filmed recreation of the Battle of the Sexes without worrying if you could see the faces of the tennis doubles. The shots that needed face replacements were sent to the team at Lola, which replaced the doubles’ faces with the faces of the lead actors. For Stone and Carell, that meant sessions sitting in a cage-like structure rigged with numerous cameras and meticulously matching the motions of their doubles. “I was worried when I saw the first passes of the face replacement. I went, ‘Oh, my God, this is terrrible.’ It takes a lot of passes to get it right,” Martin says. 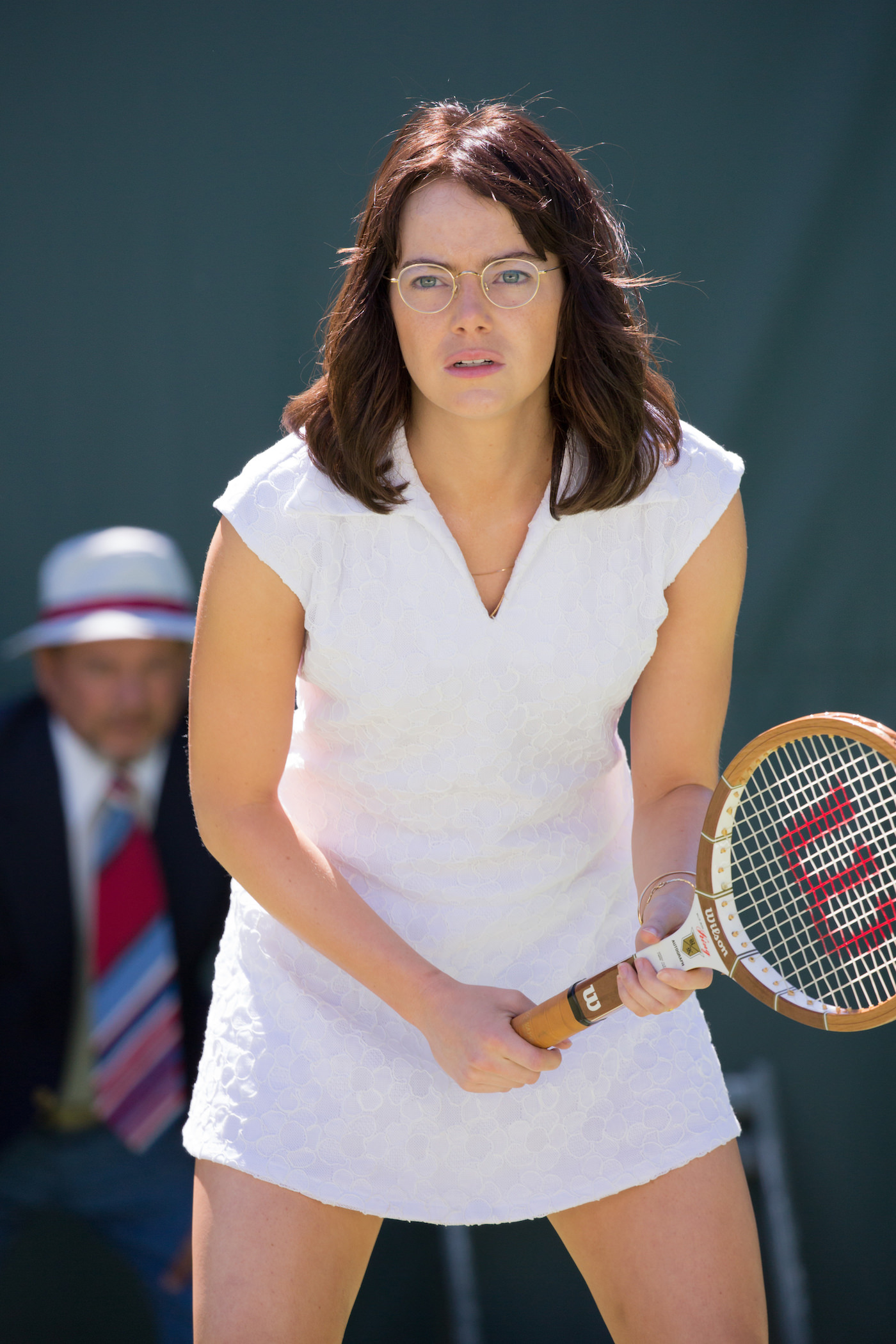 As a filmmaker and a tennis nut, I can say without hesitation that they got it right. I watched the climactic scene in the film—the Battle of the Sexes match itself—in near-total astonishment and, to some degree, confusion. It all looked so real! How could it be? Had they somehow digitally updated the original television footage? But what about the shots where you could see the stars faces and bodies connected, like, by their necks? Had Stone somehow become an incredibly good tennis player? Finally, I simply doffed my filmmaker cap and said, as one does when one is outplayed in a tennis match, “Too good.” I sat back and joined the exhilariting, moving, liberating celebration that is the Battle of the Sexes.

“I’ve seen people jump out of their seats and cheer,” says Martin. “People applaud when Billie Jean wins the match. We all know what’s going to happen. It’s still so fun to wach it unfold.”

TAGSBattle of the Sexes Editor