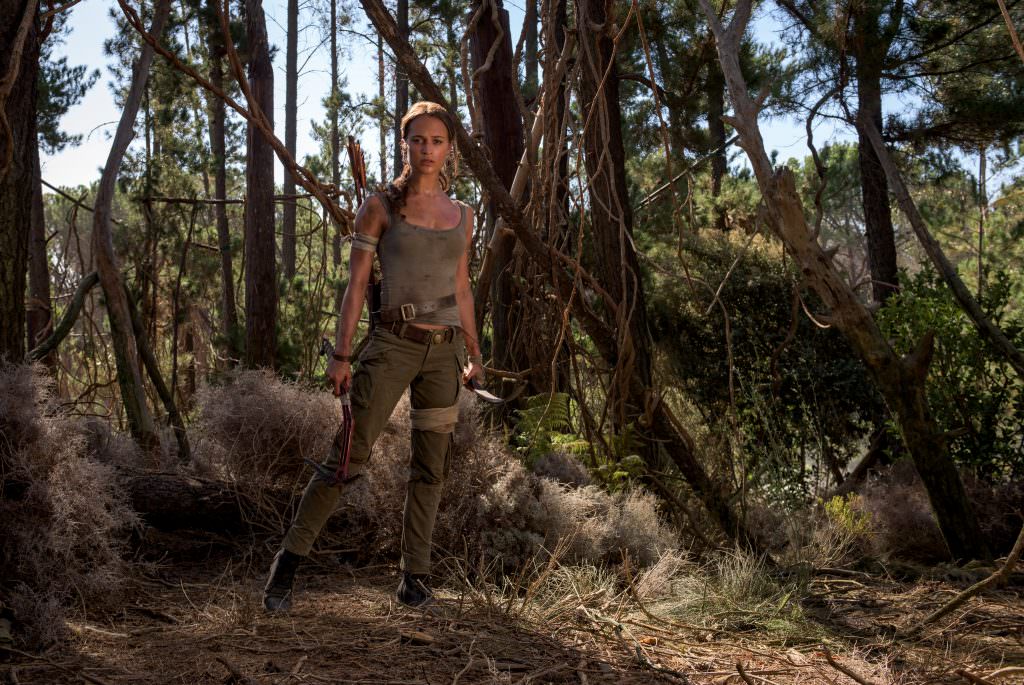 Alicia Vikander is a certified action superstar in the making. Following her breakout role in Ex Machina, Vikander flexed her dramatic muscles with critically acclaimed performances in The Danish Girl (earning her an Oscar) and Tulip Fever. It’s her role in Jason Bourne, however, that clued us into the idea that she would be a perfect fit to be the next Lara Croft.

The first trailer for the Tomb Raider reboot was released today. There was an interest in returning to the franchise following the success of the reimagined 2013 video game. It’s been 15 years since Angelina Jolie originated the role for the big screen alongside real life father Jon Voight. Jolie’s version was a confident assassin and expert martial artist who moved with stylized precision. While Jolie’s performance was iconic, it’s nice to see Vikander take the role in a new direction.

In the trailer, Croft goes searching for her missing father, who has been presumed dead. She is a fearless and determined force, although more somber than the previous version. Vikander is almost an Indiana Jones type, relying not just on her physical gifts but also her wits. Smart and adventurous, she’s a capable explorer even in life threatening situations. She also has an arsenal of skills including archery, and, making insane leaps to avoid certain death with her hands tied.

Of course, it’s no Lara Croft movie without some serious tomb raiding. Vikander does eventually reach the archaeological site that hosts the tomb she seeks. She then spends a significant amount of time exploring the dangerous caves. From what we can see, this is a refreshing take on the badass character, and we can’t wait to see more.