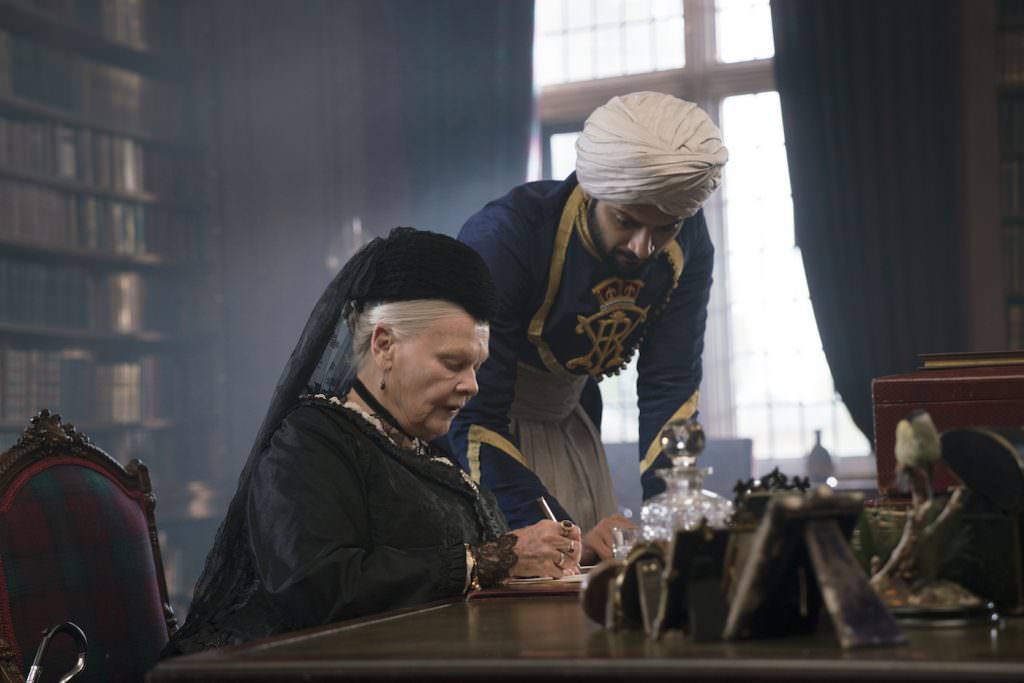 Victoria and Abdul director Stephen Frears said he had to go to India to find an actor to play the Muslim who was Queen Victoria’s friend and munshi (teacher) in the last years of her life. “I knew that you needed somebody from India,” he said, to get “that sort of wide-eyed quality….When Ali [Fazal] came in, by the time he left the room I said, ‘Well, I can see why she’ll like him.’ It was really as simple as that.”  In an interview, Fazal talked about identifying with Abdul’s sense of wonder in visiting England for the first time.

The dinner party scene, with that long, long banquet table where you and Queen Victoria first see each other, is so striking. What was it like to be in that room?

It was majestic, of course. It was one of my first scenes with Judi, I believe. It was actually funny I remember because that day we took that take of me presenting her the mohur [ceremonial coin] and Judi looked at Stephen and said “how is that for you Stephen?” And Stephen just walked up and he said, “Judi just act better.” I thought it was hilarious because two hundred people cracked up laughing and it was a great icebreaker and I thought actually, “What do you tell Judi?” Of course they’ve been friends forever and have this wonderful little chemistry going and it was fun.

It must not have required a lot of acting for you to be a bit intimidated by her?

I guess but it was also how easy she makes it all look and seem.  When you’re around her and when you’re with her, there was just no nervousness. She’s such a generous actor and yet she’s always up and about; she’s like a sixteen year old kid. She’s funny, she’s got such a great sense of humor and I think that totally kept me going. 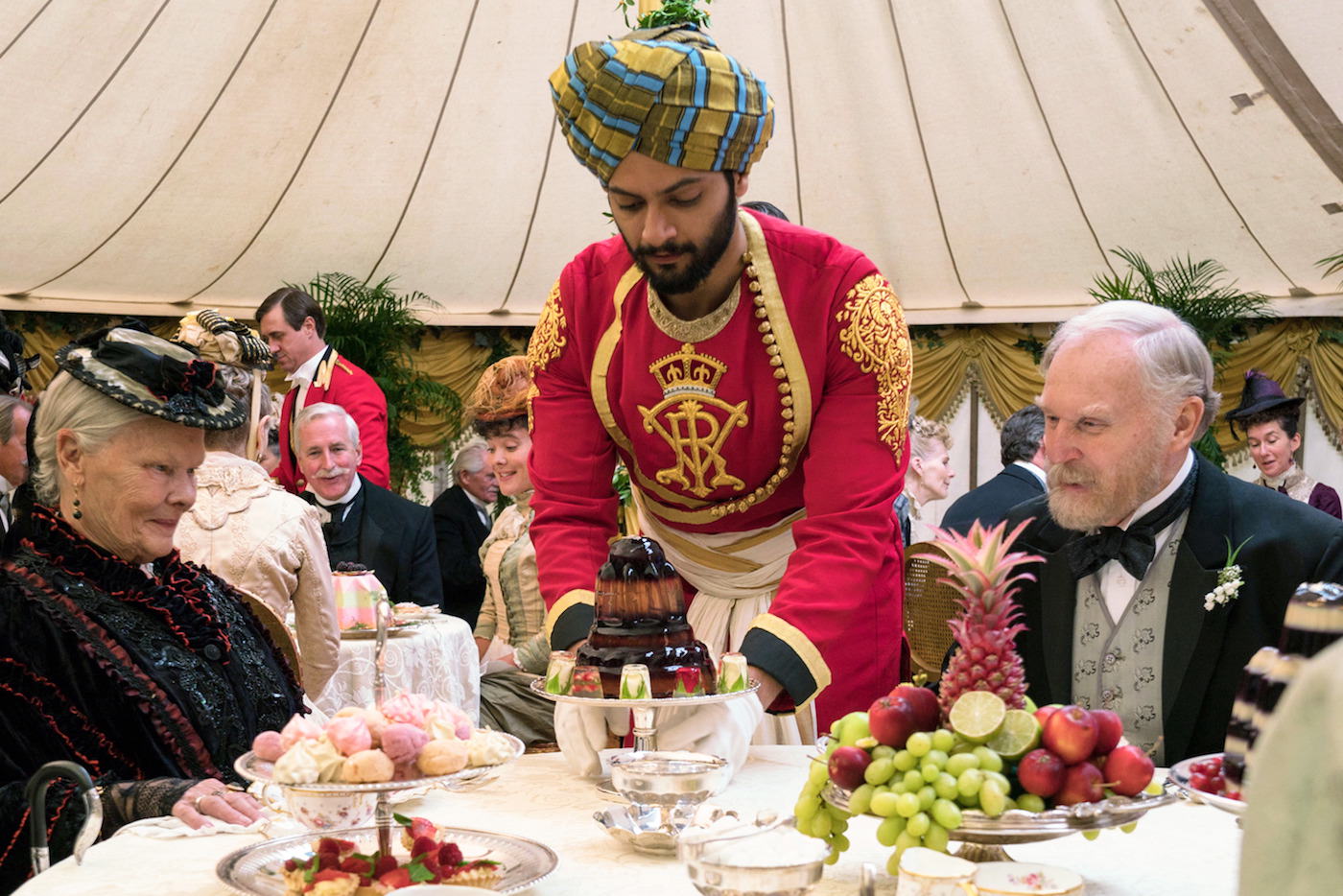 Was there much rehearsal?

Stephen didn’t even keep formal rehearsals. He just said, “Look I want you to come on set and just bring your game.”  I thought that trust meant a lot. Of course it took a while. It took about six or seven days to warm up to Stephen Frears. He is one of those maestros you have to decipher and get in with. That was fun. He just beautifully, beautifully manipulates you, for lack of a better word.

Were you familiar with this story about Abdul before?

No, no; honestly I only knew that there was an Indian man who had gone to meet Queen Victoria and that’s it. It’s so sad and unfortunate that I did not know and nobody in India seemed to know about this; this is fifteen years of her life. It’s not just like one meeting or one conversation; it was an intimate relationship, which had so many facets to it.  This was just not out there; it’s never there in my history books or anywhere and I guess it is because India was closing in on independence and getting our freedom and we wouldn’t want that association at the time. 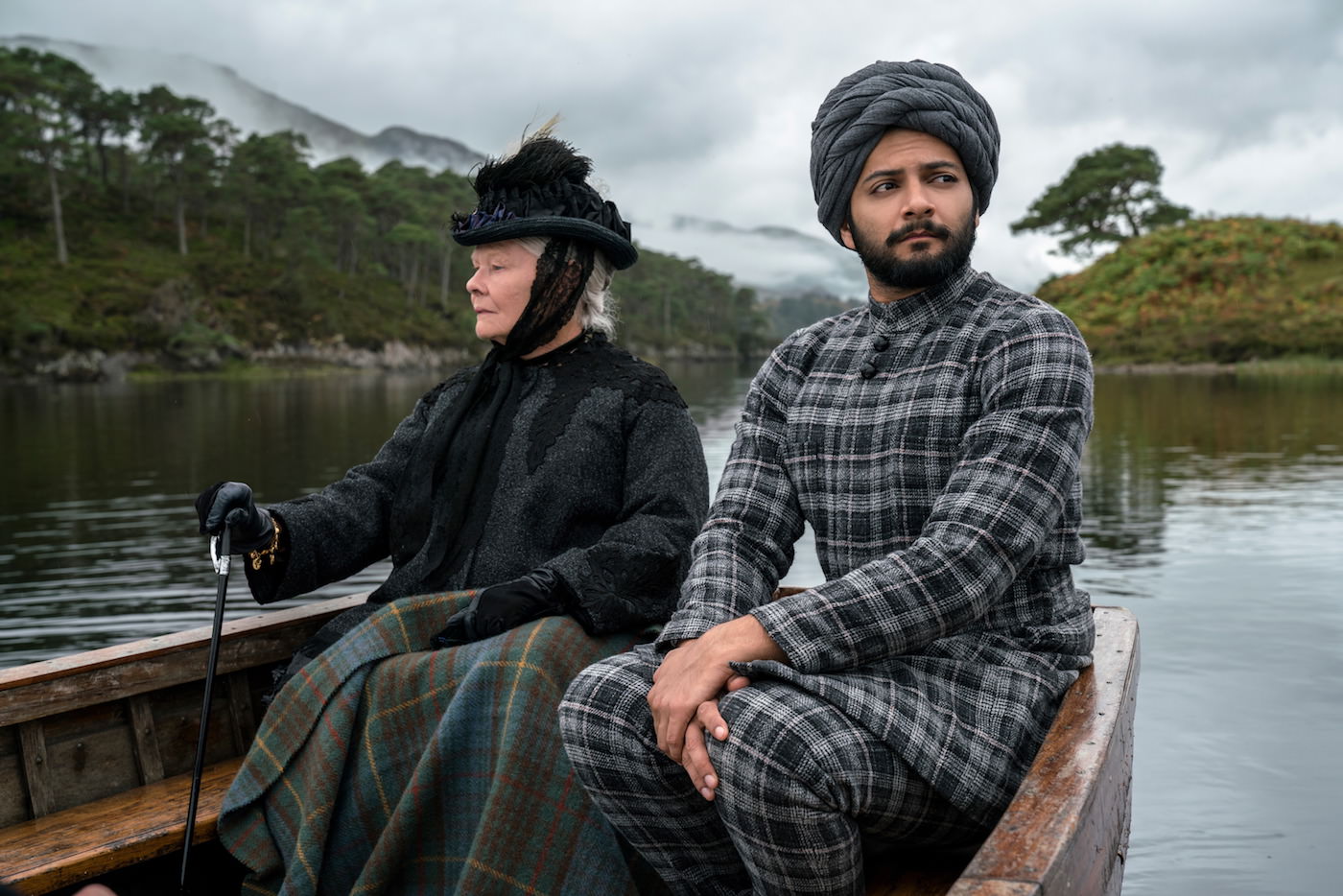 What was it like to wear those wonderfully colorful costumes?

Oh God, I loved all of them. Every time I got into something, it was almost like what do we have on the menu today? That would be the sort of marvelous majestic-looking wardrobe and costume that I had. Consolata Boyle is truly a genius when it came to the authenticity of costumes that I wore, of course my particular favorite was the one he wears in Florence the scene where we’re dancing together. I give her a lot of credit for how I was able to flesh out the scenes.  It’s the costumes that really tell the passage of time and the progression. So it was a really, really intimate journey that Consolata and I had over the costumes in this film. So yeah I’m very, very deeply attached to my costumes, every single thread and the buttons and the hooks and the Angrakhas and everything.

What was it like to film that dancing scene?

This is something that I never pictured. It was a wonderful surprise. Just in the last minute I remember Stephen came and said, “Why don’t you guys tape the scene, while doing this?” It was a lovely little silent moment that we had which was just supposed to be a few seconds and he says “no carry on; just go. Let’s do it.” We did it in one day almost and then of course it just came out nice so he started taking more coverage.  I think it was to finally break that barrier of comfort. It came so easy to both of them to embrace each other and hold each other and to show that they were in sync in many ways, just two humans from totally different ends of the spectrum who moved together in that one moment.

Should everyone have a munshi?

Yes! I like to think my grandfather was my munshi. I think, yes, we all probably do have our munshi.  If we don’t then we have our shrinks; someone we can confide in, someone who doesn’t size you up, doesn’t judge you for it, doesn’t discriminate based on your color or religion or race or whatever and someone you just share things with in addition to teaching you something more.

What do you think made it possible for Victoria to trust Abdul when she was surrounded by so many people that she could not trust?

She was queen of three fourths of the world. She should have been the happiest person on this planet; she wasn’t. She was lonely, she was bored, she was eating herself away to death and he just came and saw her for what she was. This was a woman who was a little ahead of her times and she just wanted to be spoken to like a normal human being. It is not easy being a monarch, it’s not easy being the queen; it is stressful and it’s like a cage. He gave her this window to eternal freedom sitting there, right there in her palace. She could have it and she had never known that that existed so it was spiritual in many senses, it reminds me of Rumi and Shams, but that’s another story.

Rumi wrote all of it for Shams. Shams-i-Tabrizi was a Sufi saint. Rumi went from being this preacher in a mosque and this rich well-off man with a family turned into this drunk and bereft lover who was writing these wonderful poems for one man. Of course people didn’t understand at the time because you wouldn’t understand the spirituality of that relationship; I think I inherently like to draw that parallel.

Do you have a favorite Rumi poem?

There’s one I love that I heard when I was a kid:

“Come, come, whoever you are. Wanderer, worshiper, lover of leaving. It doesn’t matter. Ours is not a caravan of despair. Come, even if you have broken your vows a thousand times. Come, yet again, come, come.”

What do you want people to talk about after they see “Victoria and Abdul?”

I think as clichéd as it sounds, it talks of love and hope and they’re the most abused words on the planet right now. We’ve tried war and politics and diplomacy and none of it really works. I really hope people see that, that in the middle of all that chaos there was something like that, this relationship that existed. It can happen today, it’s essentially one immigrant in a different country