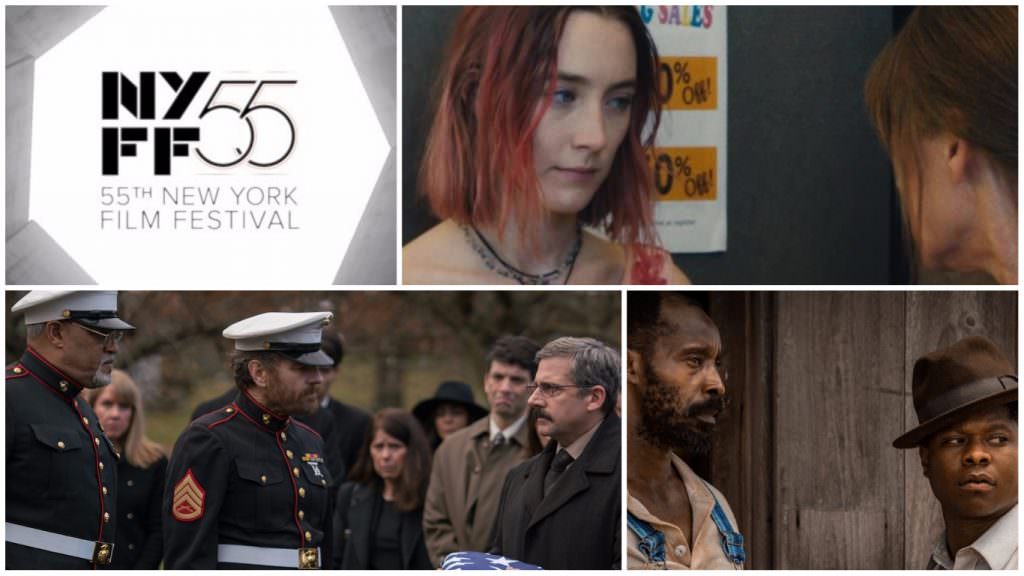 The New York Film Festival, which runs from September 28 to October 15, is a funny bird. Housed in that Temple of Culture, Lincoln Center, the 55th edition of the festival is showing as many movies in its Robert Mitchum Retrospective as it is in the Main Slate, its showcase for the annual crop of prestigious indies (25 each to be exact). The festival doesn’t try to compete with industry heavyweights like Cannes, Sundance and Toronto. Instead, the Main Slate committee curates a selection of promising independent U.S. films, many of which have played at those festivals already, and largely leans on European movies by established auteurs. (As in past years, French films and coproductions alone outnumber U.S. films.) Still, because it’s in New York and it occupies a prime Fall position on the calendar in the run-up to the Academy Awards, the NYFF continues to command a handful of notable premieres and the careful scrutiny of Oscar-race observers.

In Linklater’s Last Flag Flying, Steve Carell plays a Vietnam-era Navy vet named Doc. With the help of two other veterans (Bryan Cranston and Lawrence Fishburne), Doc seeks to give his son, who has been killed in the early days of the Iraq War, a burial befitting his sacrifice. Some of Linklater’s most indelible films have explored the lives of young men, so it will be interesting to see how he handles the story of a trio of middle-aged men grappling with the death of a young person. Allen’s Wonder Wheel is said to benefit from yet another powerhouse performance from Kate Winslet as the wife of a carousel operator (James Belushi) whose lives are upended by a visit from their estranged daughter (Juno Temple) and the cinematography of legendary, three-time Oscar winner Vittorio Storaro (The Last Emperor; Apocalypse Now). The Meywerowitz Stories will draw comparisons to Baumbach’s breakout film The Squid and the Whale because it examines a fractured, neurotic New York City family. Ben Stiller, Adam Sandler and Elizabeth Marvel play siblings trying to induce their embittered, narcissistic artist father and his alcholic city-hippie wife, (Dustin Hoffman and Emma Thompson), to face the realities of their old age.

Notable non-premieres abound. The movies coming into the festival with a balance of pedigree and buzz include Luca Guadagnino’s Call Me by Your Name, a coming of age/coming out drama based on the book of the same name; Dee Rees’ Mudbound, which Netflix reportedly bought out of Sundance for $12.5 million; Todd Haynes’s era-hopping fantasia Wonderstruck starring Julianne Moore, which wowed Cannes audiences but not the jury; Greta Gerwig’s Lady Bird, the actor’s directorial debut inspired by her childhood in Sacramento; and The Florida Project, Sean Baker’s follow-up to his inventive iPhone indie Tangerine, starring Willem Dafoe. The NYFF steadfastly maintains that it selects films based on merit, so it’s nice to see that the end result of that process was eight films directed by women, including Rees and Gerwig. Mudbound, an ambitious, atmospheric period piece about a black family of sharecroppers and their white landlords in post-World War II Mississipi, could be a leap forward into Big Movies from Rees’ acclaimed debut Pariah.

The NYFF jury fell hard (no surprise) for great French actresses. Juliette Binoche plays a painter desperately looking for love in Claire Denis’ Let the Sun Shine In; Marion Cotillard reappears to haunt her husband after a 20-year disappearance in Arnaud Desplechin’s Ismael’s Ghosts; Isabelle Huppert is Mrs. Hyde in Serge Bozon’s loose reimaginging of that Jekyll and Hyde story. However, the most unusual and compelling French film in the festival may turn out to be Agnès Varda’s documentary Faces Places. The patchwork film mixes a celebratory exploration of the artisans of rural France with the octogenarian director’s own fascinating process. Varda has delivered a series of great films in the twilight of her career, which could make her a Best Foreign Language Film or Documentary Academy Award contender.