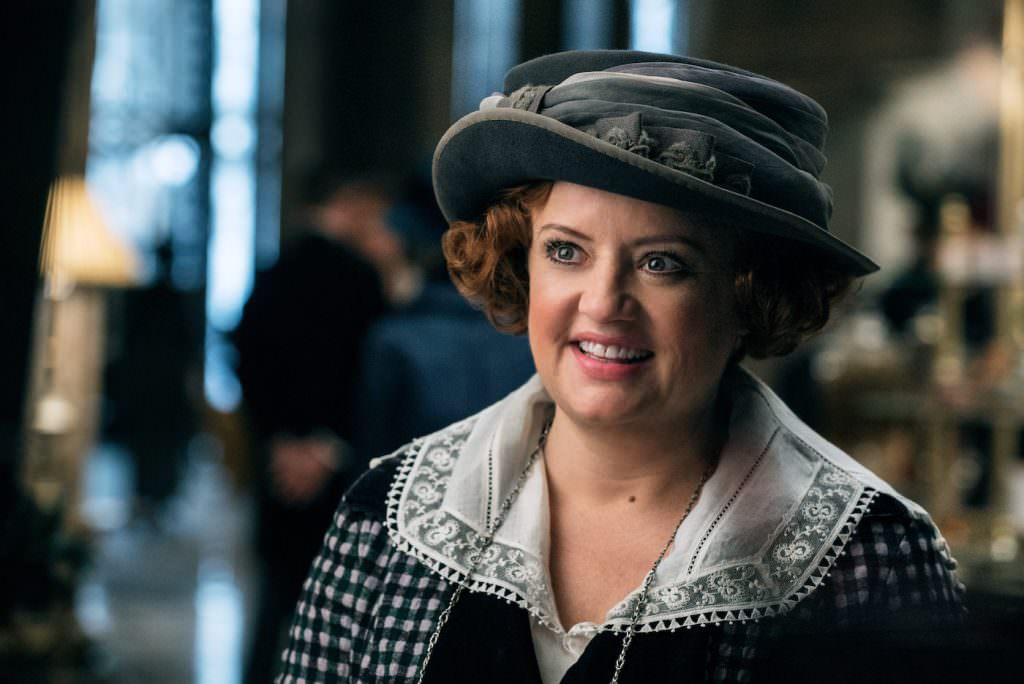 When Wonder Woman premiered this summer, a true star was born. Sure there’s Gal Gadot who is graceful, powerful, and flawless in every way, but we’re talking about Etta Candy. Earlier this week we got to hear Etta (Lucy Davis) tell her side of the story.

As Steve Trevor’s assistant, Etta was tasked with the job of helping Diana Prince acclimate to her new London surroundings. She promised that she wasn’t afraid of a little “fisticuffs” and she may soon get the chance. In a very brief clip released today by Yahoo!, Etta returns to the pub where Steve and Diana recruited Sameer (Saïd Taghmaoui), Charlie (Ewen Bremner), and Chief Napi (Eugene Brave Rock) to enlist their help again. This time, Etta is in charge of a top secret mission to recover a secret artifact, and she totally seems up to the challenge.

The clip title “Epilogue: Etta’s Mission” is a special bonus feature on the Blu-Ray release. Though very brief, it’s possible the scene could be hinting that the artifact might be one of the Motherboxes and will lead up to Justice League. Wonder Woman director Patty Jenkins told Yahoo! that the scene came about naturally after seeing what a scene stealer Etta had been.

“It was conceived after we wrapped…and every single one of us wished that Etta was in every scene, as well as the team. We were like, ‘Can we just put them in everything?’ They were just so great! So [the epilogue] was kind of a shared delight. We started to have these incredible materials that started to come together on the documentary side, but we also loved the idea of having another scene and some other things, and bringing back some of our favorite characters and getting to mess around with them some more. So it just came very naturally … the idea of getting to see her and the team making the plan for the future was pretty exciting.”

Wonder Woman DVD and Blu-ray release date is set for September 19, 2017, and is available now on Digital HD from Amazon Video and iTunes.