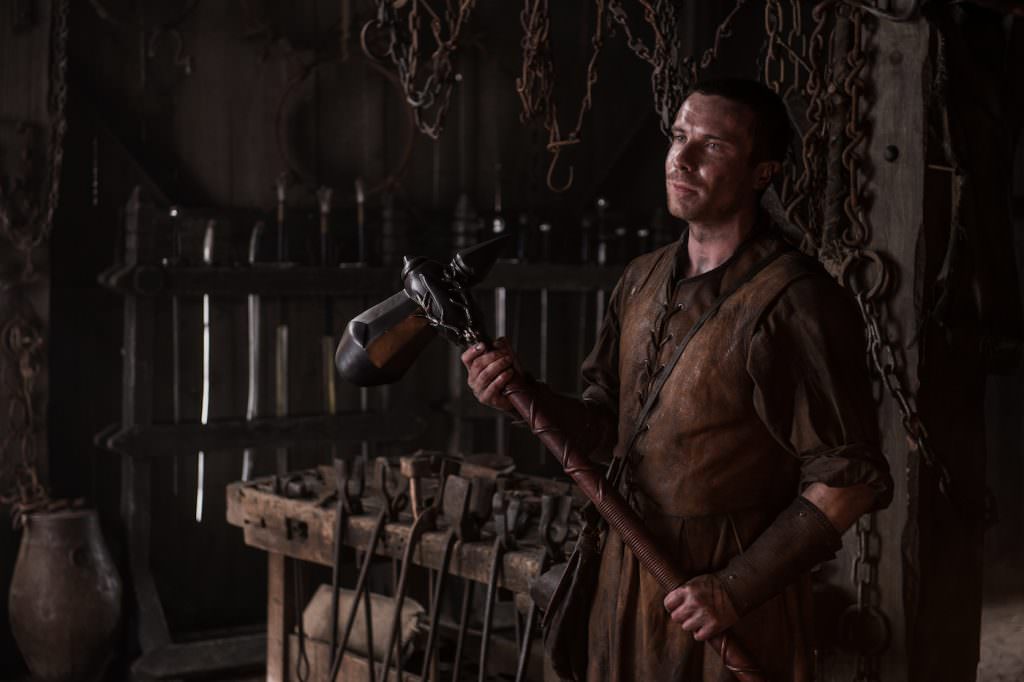 What Does Gendry’s Return Mean for Game of Thrones?

Since Joe Dempsie’s attendance at the Game of Thrones Season 7 red carpet premiere, fans have had even more reason to hope for his character return to the show. Dempsie plays Gendry, the bastard of Robert Baratheon and a former ally of Arya Stark. As the opening credits rolled at the top of the fifth episode on Sunday night, the presence of Dempsie’s name confirmed Gendry’s long-awaited reappearance. And what a reintroduction it was. Gendry was last seen rowing away from Dragonstone, where he was set to be a blood sacrifice, performed by Melisandre, in an effort to help put Robert’s brother Stannis on the Iron Throne. Gendry had been sold to Melisandre by the Brotherhood Without Banners for two bags of gold (hence his bitterness seeing Boric and Thoros at the end of Sunday night’s episode). Only Davos freed him before Melisandre could bleed him dry, and Gendry rowed away from Dragonstone, ending up in Flea Bottom in King’s Landing, where he spent years blacksmithing weapons for the very people who killed his father. Yet in “Eastwatch,” Davos finds Gendry and brings him back to Dragonstone, for an important face-to-face with another famous bastard and the current King of the North. The world of Westeros has changed since we last saw Gendry, and his return, just in time for the beginning of the end, warrants all sorts of questions as to just how important Gendry will be going forward. You don’t just reintroduce a character after several seasons in a show’s mad dash to the finish without having a major role for him to play.

Indeed, it seems far from coincidental that Gendry reappears just in time to join Jon Snow in his foray north of The Wall. But exactly what capacity Gendry will be working in remains unclear. Having honed several relevant talents during his extended absence, Gendry is equipped to fill a number of voids in Jon’s forces. While Jon is constantly in need of good fighters – certainly, Gendry proves quite handy with that monster hammer of his – it might be Gendry’s skills as a blacksmith that prove more useful at the moment as Jon seeks to convert dragonglass into weapons.

Then there’s also Gendry’s position as the last Baratheon, his bastard status aside. The show seemed eager to not let us forget this fact, reminding us from the moment Davos finds Gendry of his endangered status in a Lannister-ruled realm, considering before he was forging their weapons, Gendry had spent a long time running from the Lannister Gold Cloaks. Names mean a great deal in Westeros, and Gendry joining Jon’s northward quest with Jon fully cognizant of his lineage feels like it means something, carrying implications beyond the two bastards being able to bond over their lots in life, and the history their fathers shared. Then again, as confirmed by Gilly in “Eastwatch,” Jon isn’t really a bastard after all.

But lest we forget, this is Game of Thrones, and no one’s safety in this world is assured, least of all that of a bastard and a Baratheon who is journeying north, into the realm of the Night King. Gendry might be back for the time being, but even Melisandre might have trouble predicting his future.