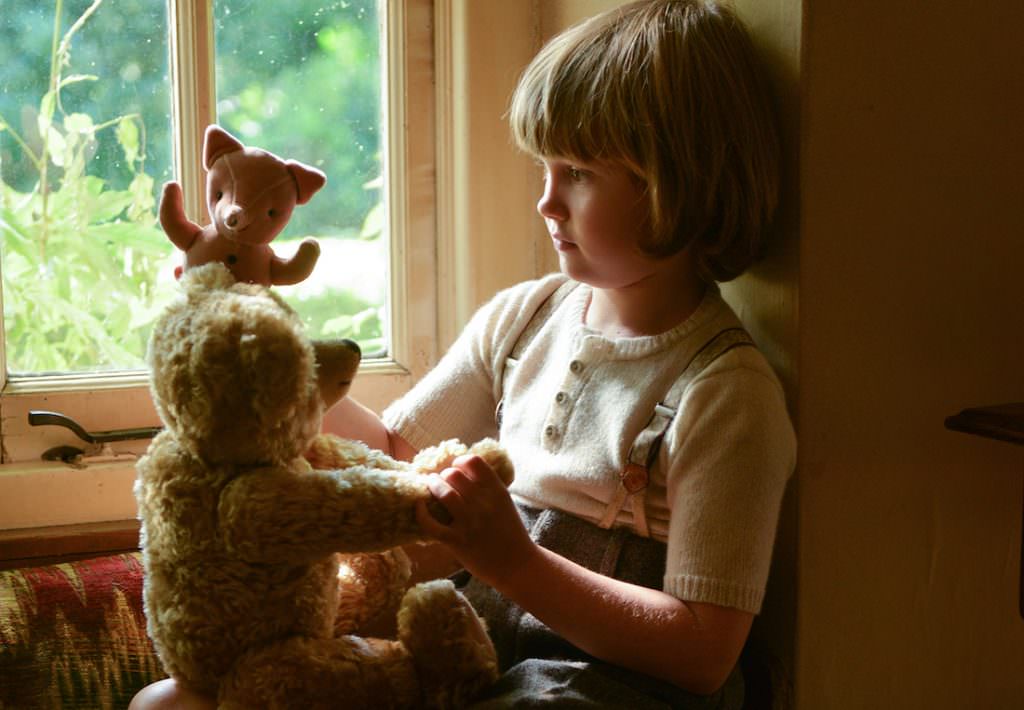 Fox Searchlight has released the first full-length trailer for Goodbye Christopher Robin, which introduces you to the man who created the iconic character Winnie the Pooh (and his friends, including Piglet, Eeyore and Tigger), and the post World War I era in which the lovable Teddy Bear and his companions were born. A family friendly drama with a stellar cast, Goodbye Christopher Robin offers parents and their children a solid choice at the multiplex this fall.

The story centers on author A. A. Milne (Domhnall Gleeson) and his son Christopher Robin (newcomer Will Tilston), whose stuffed animals provided the inspiration for the magical world that Winnie the Pooh inhabited. The real world is reeling from the war, and in an unlikely turn of events, Winnie the Pooh and his pals become an international sensation, ultimately ending up some of the most marketable, valuable fictional characters in history. As is often the case, this sudden good fortune creates plenty of anxiety and instability within the family.

The trailer provides glimpses of how Milne’s son and his stuffed animal friends inspired Pooh, Eeyore, Piglet and Tigger, while also hinting of the struggles their family underwent once their creations became bigger than they could have ever imagined.

Goobye Christopher Robin is directed by Simon Curtis (Woman in Gold, My Week with Marilyn) and opens in theaters on Oct. 13.