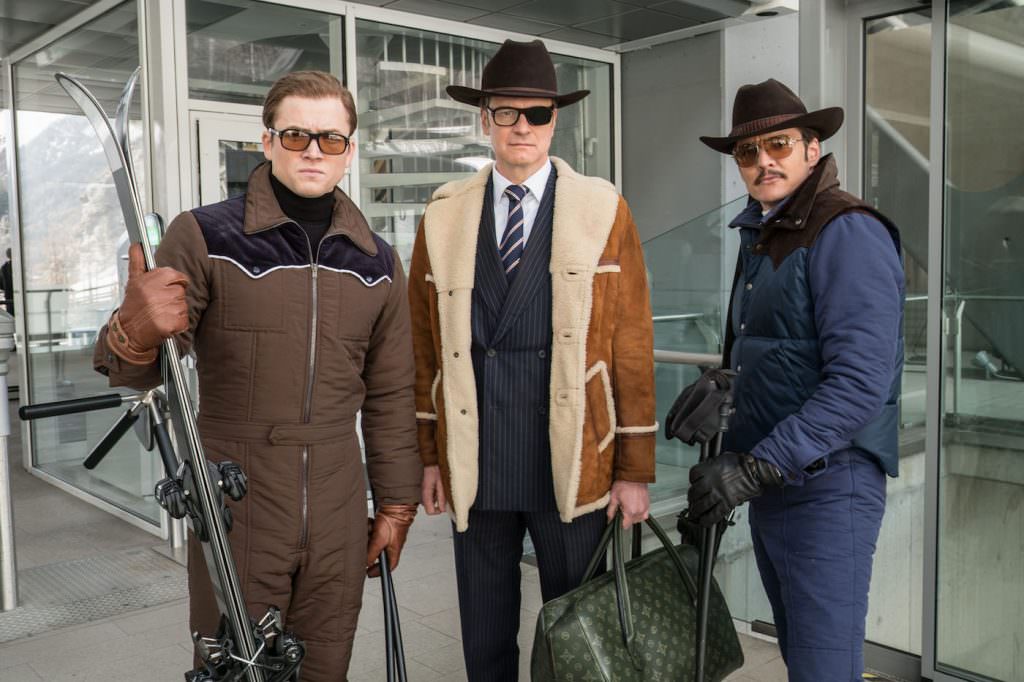 Matthew Vaughn’s Kingsman: The Secret Service was a big hit, giving audiences an inspired, slightly insane mash-up of James Bond and a European Dirty Dozen. Starring Taron Egerton, Mark Strong and Colin Firth as members of a an independent, international intelligence agency operating out of what appears to be a high-end tailor, Kingsman was a blast, famously requiring Firth to do things in a film that no one ever dreamed we’d see him do (the church scene still shocks).

In Kingsman: The Golden Circe, Vaughn is back, having co-written the script with Jane Goldman, and he’s bringing the Brits stateside. Firth is back (somehow, it’ll be interesting to see how they explain his resurrection), and after their headquarters are destroyed and the world is held hostage, the Kingsmen discover an allied spy organization in the US called Statesman, dating back to the day they were both founded, with members as skilled and varied as they are. The Statesmen are played by Channing Tatum, Jeff Bridges, Pedro Pascal (Game of Thrones fans will remember him as Oberyn Martell), and Halle Berry.

In this new TV spot, you’ll see just how much more star power, and insanity, Vaughn and his team have baked into the sequel. The film opens on September 22, 2017.