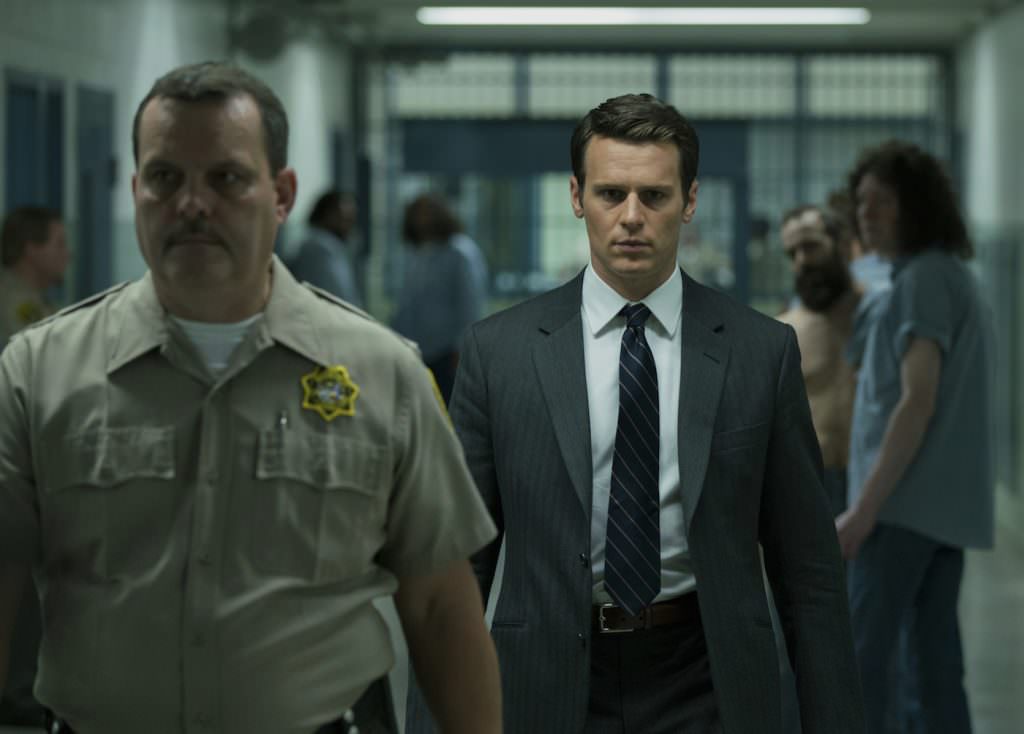 Director David Fincher might be the greatest living director when it comes to crime thrillers. On the big screen, he has delivered a series of sensational crime films, including Se7en, Zodiac, The Girl with the Dragon Tattoo and Gone Girl. Fincher is now one of the leading lights behind Netflix’s new series Mindhunter, based on John Douglas and Mark Olshaker’s book, “Mindhunter: Inside the FBI’s Elite Serial Crime Unit,” that detailed the work of the FBI’s Investigative Support Unit.

This unit sought to do something novel; find out how serial killers and mass murderers think in order to figure out ways to stop them. In the series, Jonathan Groff (Glee) is Holden Ford, an FBI agent who works in the Behavioral Science Unit, who, along with partner Bill Tench (Holt McCallany) battles both dismissive senior staff within the FBI, their own families, and the killers they interview in their attempt to get inside the minds of the worst of the worst.

Set in 1979, Mindhunters exposes how severely archaic our understanding of how and why killers like Charles Manson appear and operate was not so long ago, and how hard those men and women responsible for stopping or apprehending such figures, whether they were FBI agents or local law enforcement, had to work to get the American justice system up to speed. This was a time when the notion of criminal psychology was scoffed at, and where those who sought to understand killers were thought of as potentially damaged individuals themselves.

Fincher is both a producer and director of the series, helming three of the 10 episodes in this season.

Mindhunter will premiere globally on Netflix on October 13th. Starring alongside  Groff and McCallanay are Anna Torv (Fringe) and Hannah Gross (Unless). Fincher is joined by directors Asif Kapadia (Amy, Senna), Tobias Lindholm (A War, A Hijacking) and Andrew Douglas (The Amityville Horror, U Want Me 2 Kill Him?).