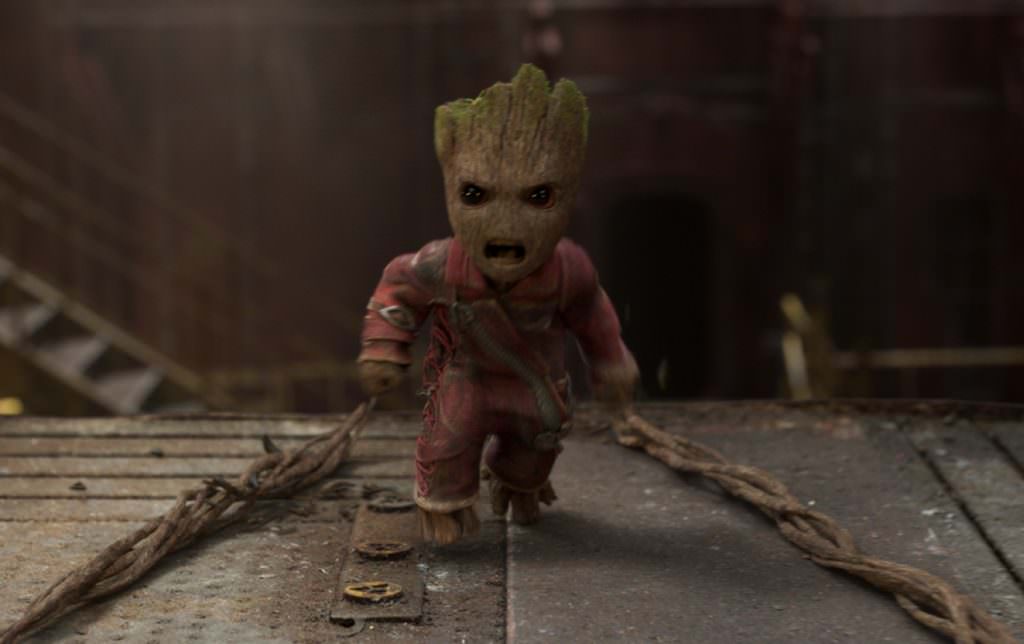 Watch the Extended Guardians of the Galaxy Vol. 2 Post-Credits Scene With Adolescent Groot

Baby Groot (Vin Diesel), as adult Groot was in the original, was one of the best parts of Guardians of the Galaxy Vol 2. Baby Groot was undeniably adorable, a real clutch team player (even if he did make plenty of mistakes), and very, very enthusiastic. For those of you who stayed for the post-credits scene, however, you were treated to a whole new Groot—Adolescent Groot. No longer quite so adorable and a whole lot more irritable, adolescent Groot is much less of a team player and, like adolescents the world over, wants to be left alone. In the post-credits sequence, Peter Quill/Star-Lord (Chris Pratt) was trying to get him to clean up his room, but now Marvel has released this extended version of the scene, which involves a more serious attempt at connecting with adolescent Groot.

If you want to hear Vin Diesel discuss what it was like voicing one of the most beloved characters in the Marvel Cinematic Universe, click here. You’ll get much more of adolescent Groot when Guardians of the Galaxy Vol. 2 comes out on 4K Ultra HD, Blu-ray and DVD next week on August 22.