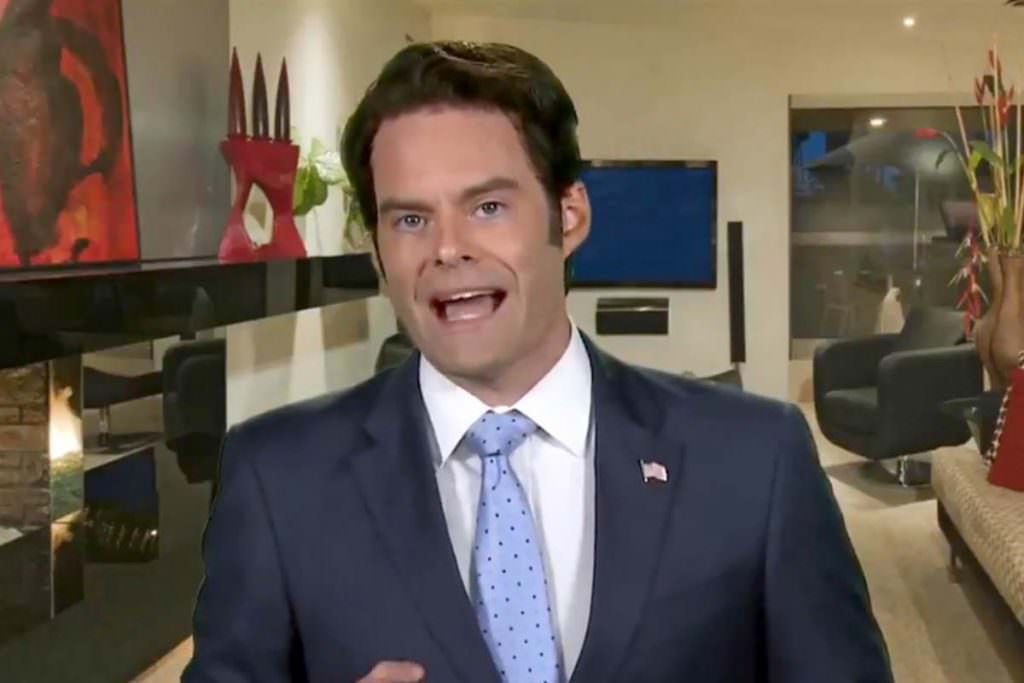 Arguably the two greatest political spoofs in recent SNL history are Tina Fey’s Sarah Palin and Melissa McCarthy’s Sean Spicer. Equal parts loving and lacerating, these two characterizations will stand the test of comedy time. Possibly joining their ranks is Bill Hader’s riff on Anthony Scaramucci, the blink-and-you-missed-it White House communications director, who spent a grand total of 11 days in the position, and was fired, technically, before his actual start date.

In previous years, we wouldn’t have gotten a timely spoof like this because SNL has historically taken summers off, but luckily for us they’ve been teasing the 43rd season return in September by airing a series of segments for their Weekend Update: Summer Edition, hosted by Colin Jost and Michael Che, thus providing Hader the platform to channel his inner Mooch.

One of the most incredible things about the Mooch’s mayfly-brief existence on the national stage is how much material he generated in so little time. The lion’s share of it, however, was his unhinged, wildly inappropriate call to New Yorker writer Ryan Lizza, where the Mooch unloaded on then White House chief of staff Reince Priebus and strategist Steven Bannon in language too colorful to reprint here. Somehow the White House communications director was unaware of the way on and off the record works, and has spent recent days blaming Lizza for…doing his job as a reporter. Anyway, while the Mooch continues to hold onto his fiften minutes of fame for dear life, Hader, in this blissful video, gives us the Mooch we really want and need in these jittery, surreal times.