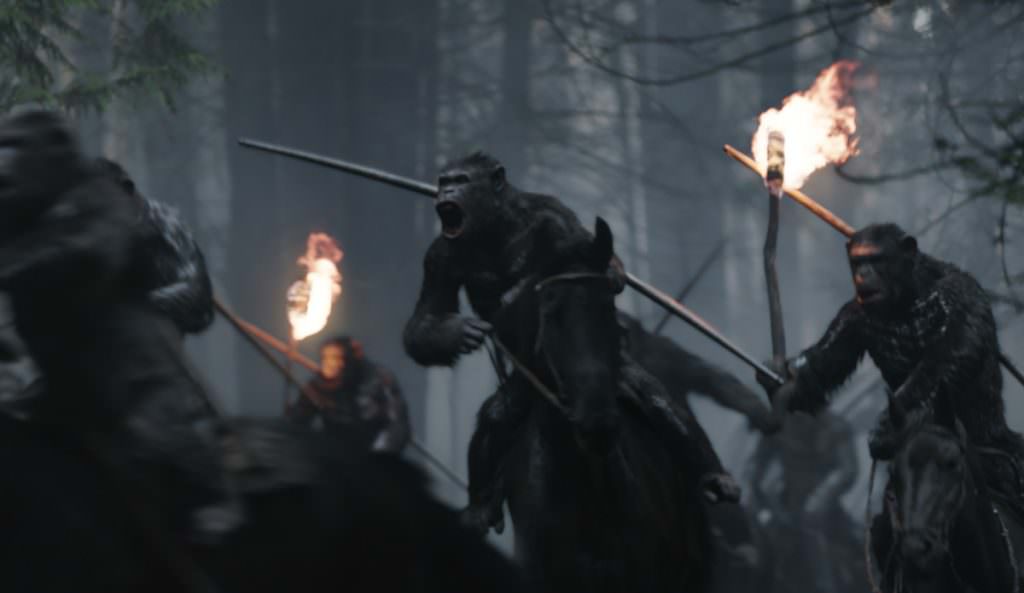 War for the Planet of the Apes Eyes Oscar Gold

In the nearly 50 years since Planet of the Apes first premiered, the franchise has been at the forefront of moviemaking technology and emotional storytelling. It has endured as a plotline that continues to draw audiences in and the narrative reached a peak with this year’s War for the Planet of the Apes. 20th Century Fox is hoping that the technical achievements and top tier performances will push the movie into new Academy Award territory.

Oscar contenders have traditionally favored dark, human dramas and shied away from CGI technology, but War for the Planet of the Apes creators feel like they have achieved both. Deadline reported that the team will be doing a full court press into awards season. Andy Serkis’ motion capture performance as Caesar really is incredible, and is likely to drive the Oscars campaign. If Serkis’ work is aptly recognized, the anticipated technical nominations could push the film into Best Picture category.

The 1968 original captured a special Oscar for makeup achievement, but the franchise has otherwise struggled to find its footing during awards season. War for the Planet of the Apes received glowing reviews as a really thoughtful drama with powerful emotion.

The third installment of the latest reboot that started in 2011 with Rise of the Planet of the Apes was a gripping conclusion to the arc of Caesar’s story. He was a hero who we all loved that eventually recognized his own darkness as anger and revenge began to consume him. At its heart, War for the Planet of the Apes is a human drama with committed performances only enhanced by the technology. Oscar winner or not, the series sets a new criterion for science fiction films.