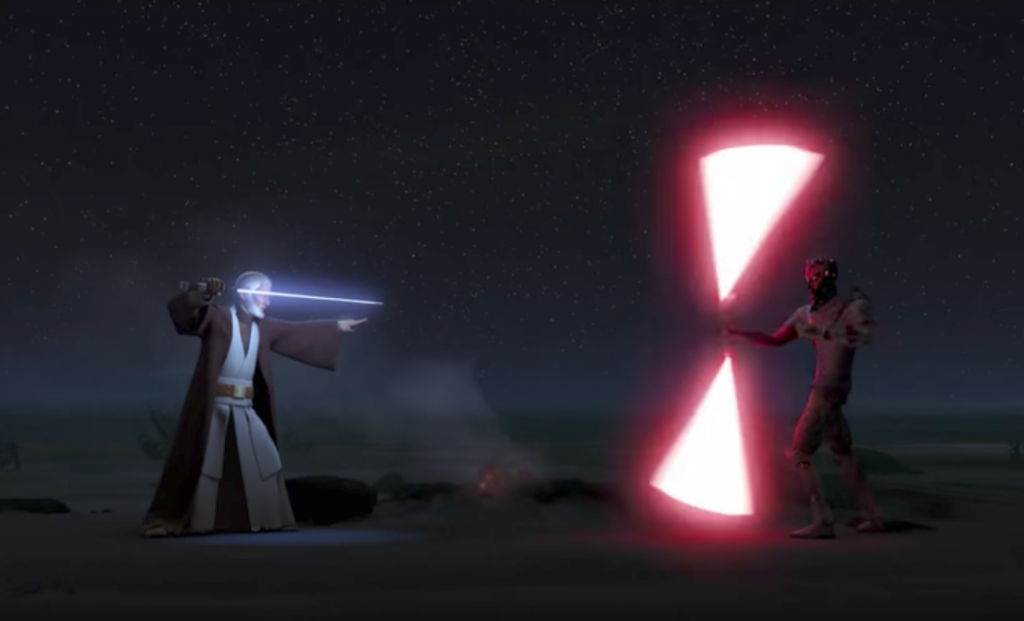 With Star Wars Rebels season three now available on Blu-ray and DVD, some of the special features included in the package are being revealed. One of those is this behind-the-scenes look at the lightsaber duel between iconic Jedi knight Obi-Wan and the infamous Sith Lord, Darth Maul. The animators responsible for creating this sequence for Rebels were inspired by Akira Kurosawa’s iconic 1954 film Seven Samurai. In the film there’s a famous fight sequence between two samurai in a field, one of whom is moving “with attention and grace,” while the other samurai, fueled by his anger, is moving more frantically. You can guess which of these samurai represents which of these two Star Wars characters—Obi-Wan is centered and calm, while Maul is on the edge, furious, and itching to fight.

Animation supervisor Keith Kellog explains how in creating this battle for Star Wars Rebels, they wanted to pay special attention to each character’s footwork, which itself reveals their thought process. In Rebels, Obi-Wan is older, closer to Alec Guinness than Ewan McGregor, but the Rebels creators were sure to use all of Obi-Wan’s history, from a young man in Phantom Menace to the old Jedi knight who battles Darth Vader in Star Wars Episode IV—A New Hope, to inform this animated version.

Check out the behind-the-scenes look at the creation of this fight below.