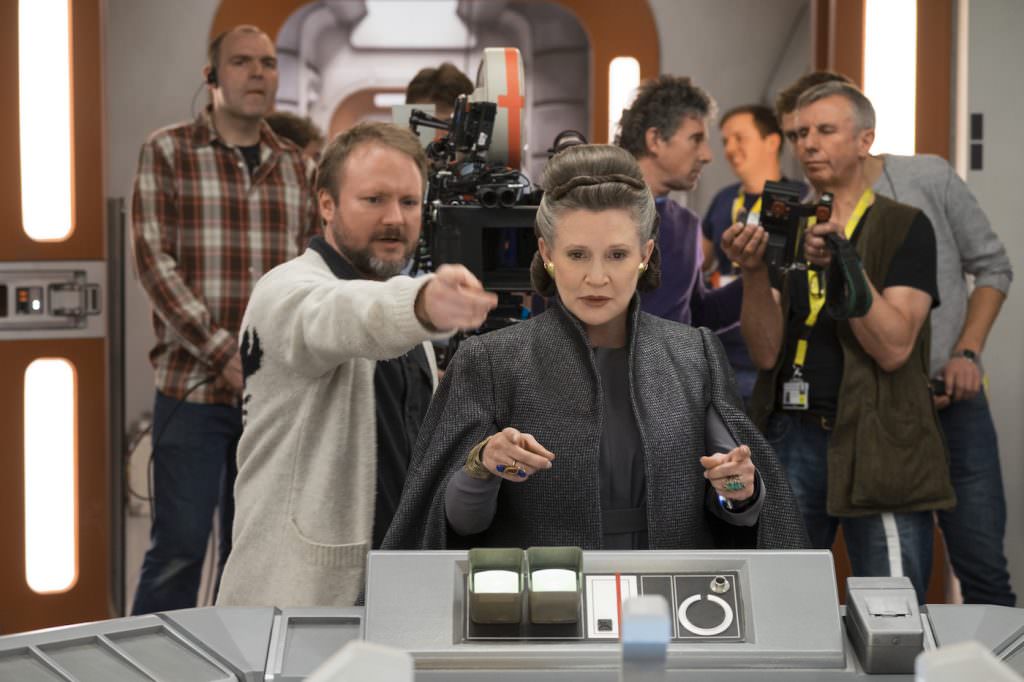 Well here’s a precious little gem; The Star Wars Show got The Last Jedi writer/director Rian Johnson and Hamilton‘s director Thomas Kail together for a chat. One of the many lovely things about this conversation happens right at the opening; Kail jokes that Johnson’s current situation (hanging out at the super deluxe Skywalker Ranch working on the post-production of The Last Jedi) must be just like it was for Johnson on his film debut Brick. For Johnson, working on Brick, a black-and-white, low budget and utterly brilliant high school noir was, of course, absolutely nothing like this current experience working on a Star Wars film, but Johnson could have never gotten to Skywalker ranch had he not first poured his heart and soul into his first little indie. In fact, Johnson explains that, while the films, their budgets and just about everything else are completely different, what connects Brick to The Last Jedi is that, at the end of the day, you’re still working wih a camera and some actors, and that relationship remains the most central, no matter how big or small the production surrounding it.

Johnson goes on to talk about how terrifying it was to take on the project, but how, ultimately, once he jumped into the film, it was the most fun he’s ever had writing a script. In fact, Johnson said the best part about writing the script for The Last Jedi was that once he’d moved up to San Francisco for a few months and began the process, he’d meet with Lucasfilm’s development guru Kiri Hart and her story team to discuss the script. “I’d just put everything I was thinking up on the whiteboard and bounce it off everyone,” Johnson says. Hart and her story group not only have the encyclodpedic Star Wars knowledge, but they were able to help Johnson explore the things that he was interested in, giving him the confidence to write the script he wanted.

All in all, this is a wonderful bit of insight into the filmmaking process on the largest franchise in film history. We’ll see the fruit of Johnson and his team’s labors on December 15, when Star Wars: The Last Jedi hits theaters.