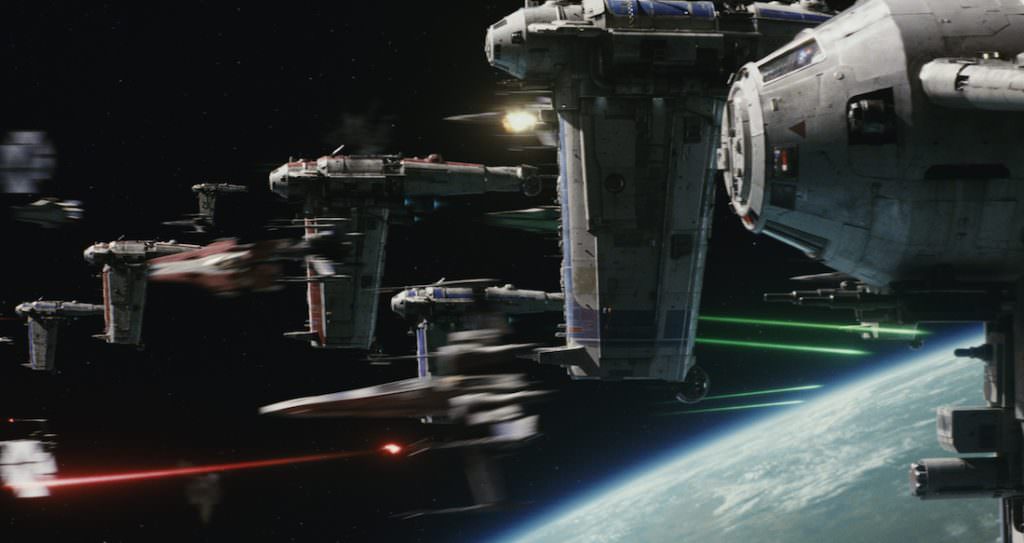 Star Wars: The Last Jedi may Include Mega Star Destroyer

With the premiere of The Last Jedi drawing ever nearer, it is no surprise that the ever-active Star Wars fan base is leaving no stone unturned in their hunt for information about the upcoming film. Thanks to their relentless searching, details about a new ship have been found in an unexpected place. A photo of a list of soon-to-be-released toys based on the upcoming film has been found, and included on the list is something called the “BB-8 Mega Star Destroyer (with Supreme Leader Snoke and Elite Praetorian Guard).”

While not exactly a visual rendering of the new craft, there are several things to be gleaned from this. This certainly seems to indicate that Snoke will be more mobile than previously seen in The Force Awakens. The presence of the Praetorian Guard only serves to reinforce this theory. Even while remaining seated for almost the entirety of the last movie, Snoke was able to whip up chaos and inflict some serious damage. We can only imagine that Snoke on the move – with soldiers at his command, no less – will surely be something fearsome to behold.

Aside from what this means in terms of Snoke, the title also indicates interesting things for the beloved droid BB-8. What could BB-8 possibly be doing on a ship under the influence of Snoke? The trailer seems to show BB-8 accompanying Finn on a mission, but there is still plenty of uncertainty regarding the little droid’s role in the upcoming film.

Take all of this conjecture with a grain of salt, though. The ship’s name might not be entirely accurate; it could be a reduction of the true classification of the ship, or even a code name. Even so, it’s fun to speculate. How else are fans supposed to spend these final months before The Last Jedi premieres this December 15?