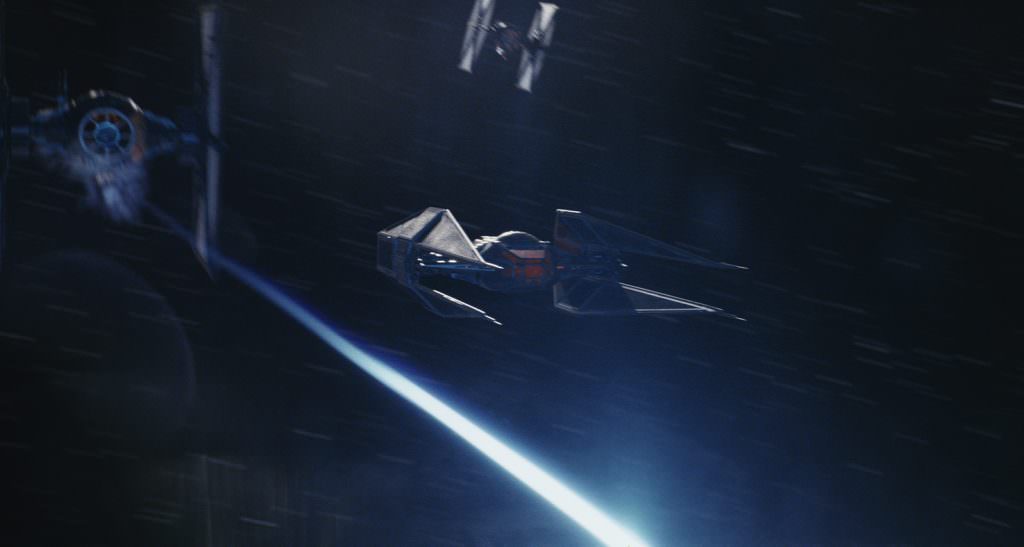 After giving fans a glimpse at Kylo Ren’s (Adam Driver) new ship the TIE Silencer, The Star Wars Show has now unveiled two new vehicles that will be featured in The Last Jedi. One is a sleek new pizza slice shaped ship, and the other is an all-terrain ground vehicle. Both belong to The First Order artillery.

The first is the AT-M6 walker which looks a lot like the AT-ATs from The Empire Strikes Back, but they come with an important improvement. Where the original design moved a lot like stiff-legged elephants, the AT-M6s have hinges at the base to move with more agility like apes. This could be a redesign resulting from the time that Luke Skywalker flew between their legs and tripped one of these guys. It looks like they’ll also tower over their predecessor. Watch closely and you can actually see their shadowy presence in the teaser trailer.

The other new piece of machinery is an enormous but super slick spacecraft called the First Order Dreadnought. It’s a fully armed warship that spans a whopping 25,000 feet long. This bad boy looks pretty threatening with multiple cannons above and below the ship. That’s a lot of red lasers. Check out the video at 00:55 for a full breakdown here.

This is a lot for a newly minted Jedi to contend with. We’re hoping the force is with Finn and Rey. Now would be a great time for Luke to come out of retirement with some tricks up his cloak sleeve.