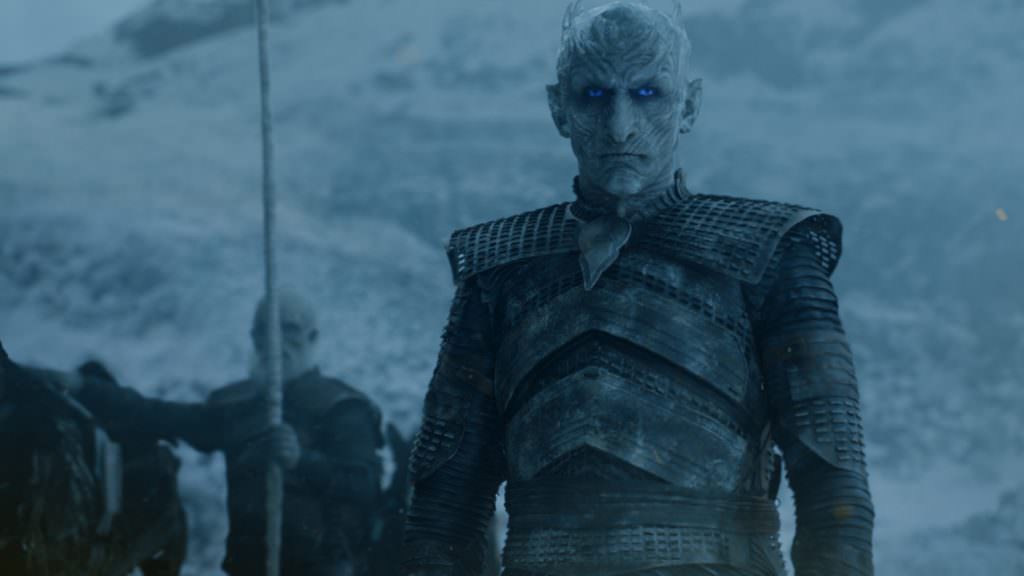 The fan theories surrounding the worst person in Westeros, aka the Night King, continue to flood the internet. There is one theory in particular that has generated a ton of heat, and we’d like to discuss it. If you’re one of those Game of Thrones viewers who doesn’t want even the slightest chance of having something spoiled by a wild theory turning out to be true, stop reading now.

Still here? Okay, so let’s dive into the theory that Brandon Stark is actually the Night King. Let that sink in for a second. Feels…oddly brilliant, right? As Nerdist points out, the theory seems to have begun (it’s honestly very difficult to keep track of where, exactly, these theories truly start) with Reddit user turm0il26. Here are the basics:

The thrust of the theory is that Bran has been attempting to go back in time to try and save Westeros from the White Walkers, and every time he tried he was met with failure. Eventually, Bran ended up getting trapped inside the Night King.

As you are likely aware, Bran is powerful. And we mean really powerful.  He can warg into humans (a rare ability), he has greensight (more on this in a second), and he has visions and prophetic dreams. He’s so powerful, in fact, he can change history. Yet Bran can only affect the past through warging in the present while greenseening (essentially viewing the past through the eyes of trees). We saw this through Hodor’s tragic storyline. The warg connection was between Bran and Hodor (present), not Bran and Willis (past). Bran connected the two when greenseeing and effectively broke the time paradox in Hodor’s brain—Hence Hodor needing to “hold the door” in the present while being burdened with the brain scrambling Hodor monniker since he was just a boy, in the past. We also saw this when Bran warged to see his father Ned at the Tower of Joy, and Ned hesitated, sensing Bran’s presence.

Bran’s Connection to the Mad King

One of the popular parts of this theory is that it was Bran who told the Mad King to “burn them all,” thus creating one of the most terrible moments in Westeros history. The reason Bran did this was because he was trying to get Aerys II to burn all the White Walkers, but instead, as it did to Hodor, Bran’s whispering into the past from the present only drove Aerys, well, mad, and led to his burning his own people, and Jaime Lannister eventually killing him, earning his name, Kingslayer.

Bran’s Connection to the Wall

After failing with the Mad King, Bran went back much further, to figure out how mankind originally stopped the White Walkers, but he arrived too late, and instead inhabited the body of the legendary Bran the Builder, who helped erect the Wall to keep out the White Walkers. As we know, of course, the Wall wasn’t really a solve, only a temporary fix.

Bran’s Connection to the Night King 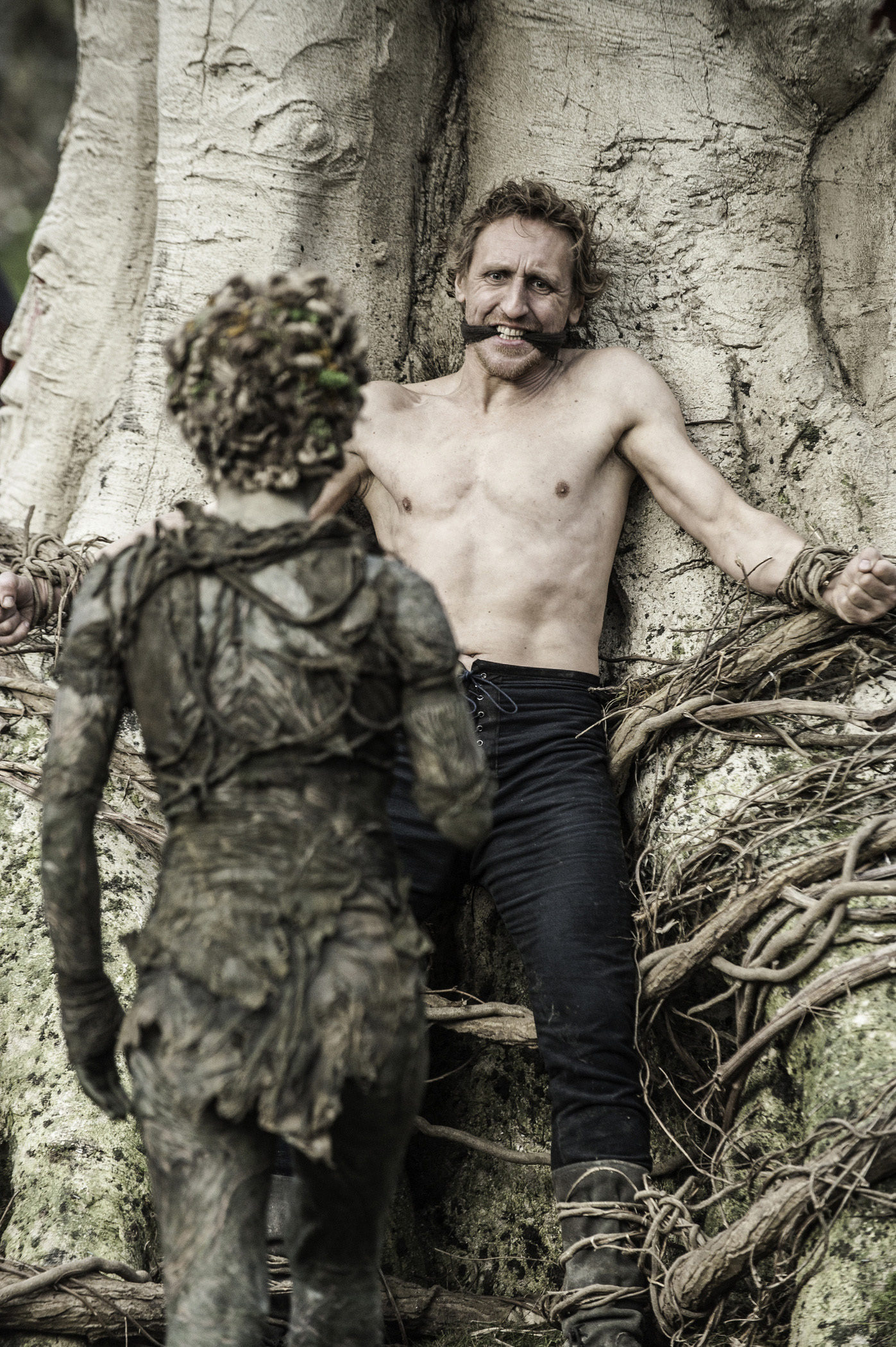 Remember that White Walkers were created by the Children of the Forest in their war with mankind. The very first White Walker (the Night King) was created to fight men when the Children of the Forest killed a man with dragonglass. When we see the birth of the Night King through Bran’s warging, Bran is panicked and grasps the roots of the tree in pain. The theory suggests that this reaction is because Bran was experiencing this in the moment as that first man, in an effort to stop the White Walkers from ever being born. Bran gets trapped inside the first White Walker, thus becoming the Night King with all of Bran’s powers (the theory holds that it’s Brans’ powers that lets the Night King raise the dead). Recall the Three-Eyed-Raven’s warning, “It is beautiful beneath the sea; stay too long and you drown.” The problem – Bran cannot warg in the past, but only in the present. So Bran’s been trapped inside the Night King for thousands of years, and the former Three-eyed Raven’s prophecy that Bran will fly refers to the fact that Bran will fly on Viseron as the Night King.

This theory could be used to explain why the Night King let Jon go at Hardhome (it was Bran, still somehow alive deep within the ice zombie’s mind, letting his family member go).

It’s also been pointed out how the Night King’s appearance has evolved to look more like Bran. In the below photo, on the left you have the Night King from “Hardhome” in season 5, and the one from last week’s “Beyond the Wall” on the right: 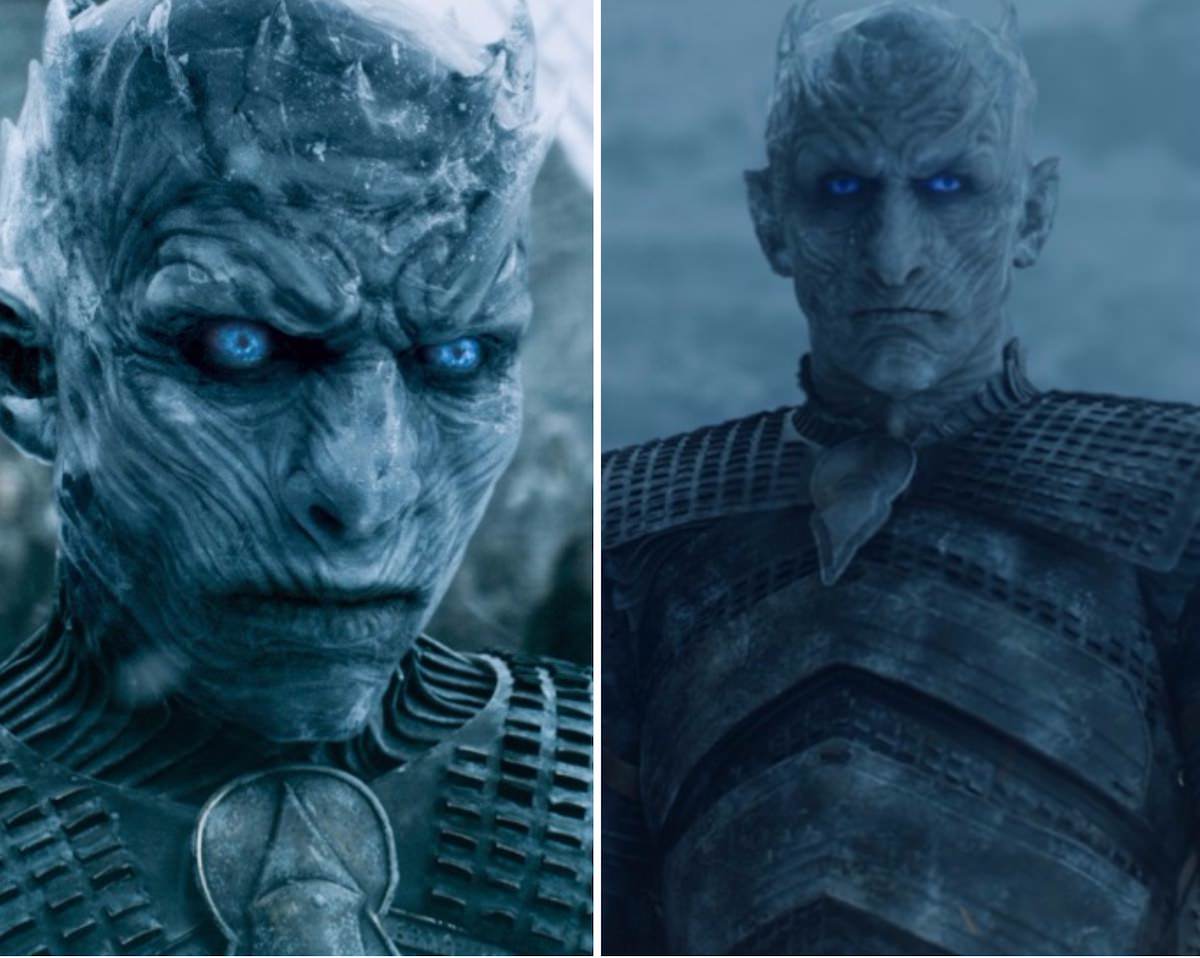 Got all that? Okay now let’s dismantle this theory:

Also, Bran being the Night King begs the question of why he’d stand by and let his initial transformation into the Night King occur? He could have (according to the time looping theory) warged into a Child of the Forest and prevented the birth of the White Walkers in the first place. Once you start playing around with time travel and time looping, the messes can always theoretically be cleaned up by going back further and nipping them in the bud before they had a chance to grow. Screwed up with the Mad King? Build the Wall. The Wall’s not a permanent fix? Inhabit the original White Walker, aka the Night King. That doesn’t work? Go back further, and further, and further, until nothing really matters anymore because, as this theory seems to suggest, Bran can do nearly anything—except, apparently, get out of the Night King’s body.

Finally, if Game of Thrones is truly the story of Brandon Stark ruining everything and then trying to fix it all, why was he seemingly unimportant for such a long period of time? We saw very little of Bran in past seasons, often through scenes with very little action. His absence through some crucial plot points leave holes in this theory. If Bran were really the main mover behind everything, but not actually onscreen for most of it, then what we watched would basically amount to an actual Game of thrones, one that didn’t really matter as it was all being manipulated by someone we never really spent any time with.

Hopefully, this season’s finale provides some answers, but it is likely fans will remain in the perpetual winter of unknowing, until the final episode fades to black.