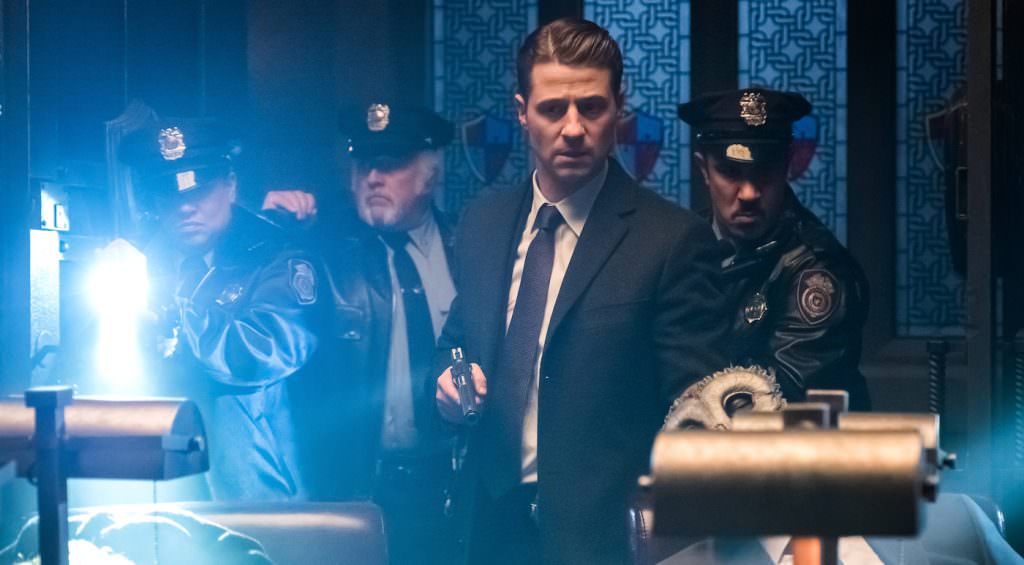 Emmy season is in the air, and fan-favorite Gotham has certainly not disappointed, racking up three nominations this year alone. The series is no stranger to Emmy nominations either; this is the third year in a row that the show has been recognized for its sound editing. Destiny Calling was the episode put forward for consideration this year, the intense first part of Season 3’s two-part finale. Gotham’s sound supervisor, George Haddad, is well acquainted with what it takes to create memorable soundscapes for intense and atmospheric shows. From Mad Men to the CW’s The Tomorrow People, Haddad has worked on some of television’s most interesting shows, turning audiences from mere watchers into listeners as well.

We were able to catch up with Haddad to discuss what it takes to craft Emmy-worthy sound for an episode of Gotham, how sound supervising is like being a quarterback, and how he first fell in love with the art of sound.

First of all, congratulations on the Emmy nomination. Did you expect it?

GH: We’re certainly proud of the work we’ve done. This is our third nomination in three years, so we’re definitely humbled that our fellow sound editors have recognized our work for the first three seasons of the series. All of us are sound fans. We love the sound on Stranger Things, and Game of Thrones. There are so many shows that sound great out there, and so many shows that could be nominated. We’re grateful, and we are definitely not going to take it for granted.

GH: We’re proud from beginning to end. What’s so great about this show is how characters come and go. There’s arcs, and death, and continuations. That in particular was the challenge of the episode. They were featuring conclusions and arc-ending stories, so everything gets elevated. Not just the script, and not just the performances. Once that all starts getting elevated, it trickles down to sound and it makes developing the sound more challenging. Sound is one of the final steps, and when you’re handed this magnitude of visuals, great performances, and cinematography it’s a challenge to keep up with the excellent work that the people ahead of us are doing.

What is the most challenging aspect of working on Gotham?

GH: I think in general TV is getting better and better every year with the sophisticated equipment to do visual effects. It’s a challenge to stay within budget and the time limit because we’re producing twenty-two episodes, but I think my crew was ready for this kind of challenge. In general, I don’t think there’s one aspect. They don’t throw surprises at us. If there’s anything big and challenging that’s going to happen with Gotham, the producers give us some heads up, so we can start working on it, as opposed to waiting until there’s only seven days to turn the show around. We get great support from the Gotham producers.

How exactly does the role of a sound supervisor differ from that of a sound designer or editor? And within that, what exactly do you do?

GH: In television, the sound supervisor represents the sound crew and the studio he works for to the producers, network, directors and showrunners. We’re involved from beginning to end, whereas a sound designer will focus on specific special sound effects needed or the general ambiances of the sounds of the show, in addition to the dialogue editor. I will start the show, see it through adding Foley sound effects, and additional dialogue recording, called ADR. All sound design and dialogue comes through me before it is mixed because I’m familiar with every category. But I do come from an editing background, so I’m always ready to jump in and help my crew when I’m not working on other things. It’s kind of like being a quarterback and trusting that everyone knows their positions and plays, but being able to help out as well. It’s important to have a strong team like that.

As sound supervisor, how do you approach working on each episode? What does your process for each episode look like?

GH: We wait until the episode is locked to video. Once the network and studio approve of what the final picture lock is going to be, they hand it over to us and I’ll get my team started. I sit down with the video editor, the composer, a few producers and the writer and we’ll watch the show together, and discuss what certain scenes should sound like. Sometimes they’ll want music to favor the action over sound effects, or sometimes it’s the other way around. We’ll talk about certain dialogue lines they might want to add effects to, to maybe make them sound like Darth Vader, for example. From there I’ll sit with my team, go over these notes, and everybody takes care of their own editing responsibility. I’ll go through the show and tell them what I need. I’ll flag down any dialogue lines that need to be looped. Also, I’ll prepare all the loop group cues and I’ll then direct loop group for each episode as we record, whether it’s fifty cues or a hundred and fifty cues, depending on how busy the show is. At that point we start editing the ADR and the loop group, and start adding dialogue and sound design. I’ll go through that and decide what else we need since I know which sound to favor the most at any given point since I know what else is happening. A sound designer, when he’s editing is just focused on that particular sound design. I’ll run through the whole show that way, so that when we get to the mix stage a few of those decisions are already made. We usually get seven days to do an episode. We basically are starting the next episode while the previous one is in progress.

You’ve worked on several very interesting shows. What do you look for in a project? What draws you to work on a certain show?

GH: First and foremost, it’s the people. Thank god I get paid for doing what I do. I mean, how fun is this? I get to go and make sounds, whether it’s dumb sounds, great sounds, big sounds. To sit and create something with brilliant people, from the directors to the showrunners; that’s what I look for first. And I’m not going to sit there and start criticizing what type of show I may be interviewing for, or anything like that. I’m not going to take that for granted. I’m just grateful that someone would want to work with me. I do look for a seasoned, experienced crew. This process is not just walking in, hitting a button, and being done. It’s time consuming, and stress is involved.

So I read that you were introduced to sound and music by way of playing the drums when you were younger, before you went on to study. both performance as well as computer sound design in college. Was your intention always to go into the production realm of sound, or was there something in particular that swayed you towards sound production and away from live performance?

GH: It’s a hilarious story. I grew up playing the drums as a teenager, and being in bands, and stuff like that. At some point, I decided I needed a bigger experience, so I went to Berklee College of Music. I got there and my jaw dropped when I some of the talent at that school, from drummers related to famous music families, to people from all over the world. I actually told myself after six or seven months, “I can’t play like these guys. They’re so amazing at this.” I kept playing and trying to keep up with them, but at one point I walked by the department that introduced me to computer sound design, called music synthesis back then. I saw a bunch of students sitting in these editing stations with keyboards and early Mac computers, creating sounds and editing. I was just like a kid in a candy store. I fell in love with it. And I just favored that as I continued my four years to get my degree. Slowly but surely the drums took a backseat. And I haven’t looked back since.