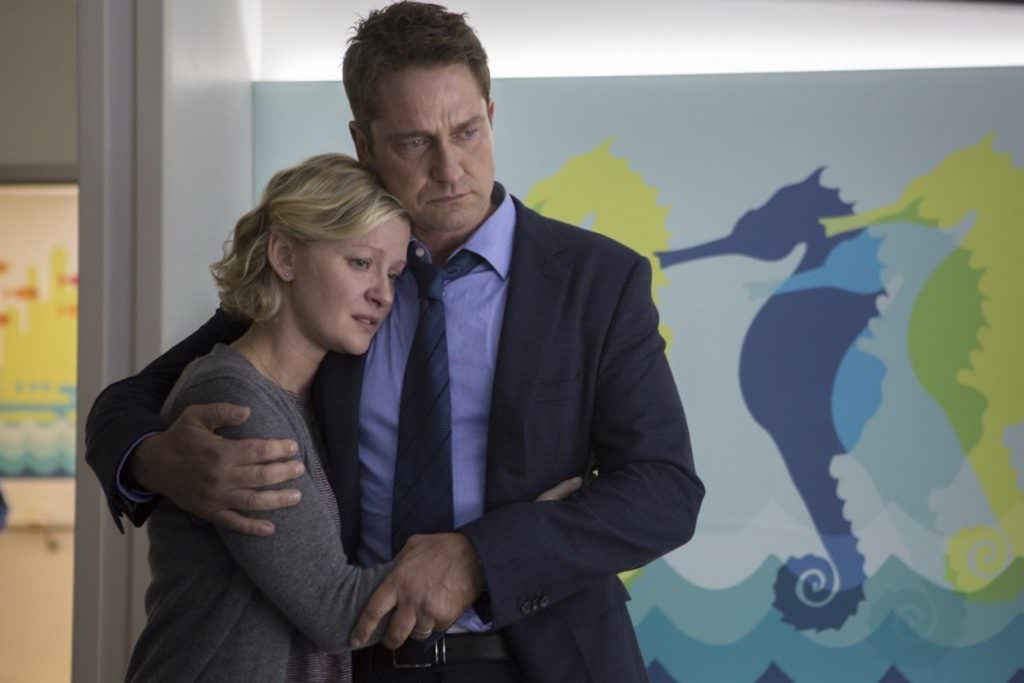 In A Family Man, Gerard Butler plays an ambitious headhunter determined to win an important promotion – until his young son becomes critically ill and he has to rethink his priorities.  Gretchen Mol plays Butler’s wife and the mother of the sick child. In an interview with The Credits, she talked about what she learned from her extensive theater work (including a starring role in “Chicago” on Broadway) and how she made the too-often thankless role of the “you’re never home” wife into a real and complex character in this film.

How is your theatrical experience reflected in what you bring to working in film?

Oh wow, they both kind of feed each other, I guess, because if nothing else, it’s humbling to go from one to the other. I always feel the theater requires something of an actor that you’re not used to bringing both in the scale and the technique and just simply being able to translate to people in the back row, so it’s really great to make sure you do that once in a while. Then with film you realize you can just kind of back off or back down a little bit.  You have to do all the work to sell it but you don’t have to project it.  You have to trust that the camera and that hopefully the people you’re working with will work with you because you have all of a sudden all these other tools. The cinematographer, who is doing the lighting and the makeup and the costumes; everything becomes so much more of a collaborative thing to make a moment that can tell you so much more. It doesn’t need you to gesture or project as much, so it’s interesting.

How did you work with a costume designer to come up with a look for this character?

Oh my gosh it’s everything. It’s so important. For me that is why I like doing period things, because the look is so helpful. Family Man was not period but the script gives you a structure to work within.  I found it actually difficult on this film even to do a contemporary look that was definitive in any way that it’s so hard to get that, to do something special. I ended up actually wearing a lot of my own clothes on this one.  I went home and brought back a huge suitcase and the costume designer was great because he was really open to that and understood that. I think the clothes are such an opportunity to say something without you having to say it.

You and Gerard Butler did such a good job of conveying a real history for your characters.  How do you work with an actor to develop those rhythms and that sense of comfort?

We did some rehearsals and we read some scenes but we didn’t do a lot on their story. We sort of just fell into it a comfortable thing pretty easily.  It doesn’t happen obviously with all actors and you can probably have a great relationship off-screen and then a terrible one or no chemistry on screen, so I never really know what that thing is that makes it work. Just in my own marriage, which is absolutely not at all like this relationship in this film, but just sort of knowing how to sort of be intimate with someone at that point, once you have children and not everything has to be perfect. There’s a sort of a trust of just allowing yourself to be who you are and be vulnerable and all of that so I just thought it was important to do that and I think for Gerard’s part he did as well though so I never found it difficult to work with him on those kinds of scenes where it was actually the easier stuff, the kind of the good times or whatever; not that we have many.

The movie is not “A Family Woman.”  So much of it is his perspective and his journey. But one of the important things about playing a part like this, that it’s so important for my character to love him. She is there to show the audience that he is loved and loveable even when that might otherwise be hard to believe.  It’s hard sometimes not to judge her for loving him but I had to as the actor kind of come to a point where I had to understand why she does.  It’s funny because when I initially read the script I didn’t think of them as being super successful necessarily, but I did think she is attracted to his sort of kind of cockiness or that nature of that person. When he says, “What’s not to love?” she really loved that.

Yes, you are in service to his journey; your character didn’t have the same kind of big arc. I thought you did a great job of making your character a real person, though so how do you think about what she wants?

Because I think I didn’t judge her. I could feel the pitfalls in that kind of a role and so on some level I thought, “Hey wait a second, I know women like this that aren’t bringing home the bacon; they’re taking care of the family and that’s a big job; that’s how women actually live.” I think it is way harder to be calm and doing everything and handling all the things you deal with in the day and not be impatient and frustrated and an unhappy person.  I thought she was a strong lady and so that’s probably why I had respect to the character.  I also thought he in her mind even may have shortcomings but that’s not going to stop the way she handles the affairs; and I just love having children of my own and I felt very confident in my own sort of sense of what that is to be part of a family, where you can’t always be the star.