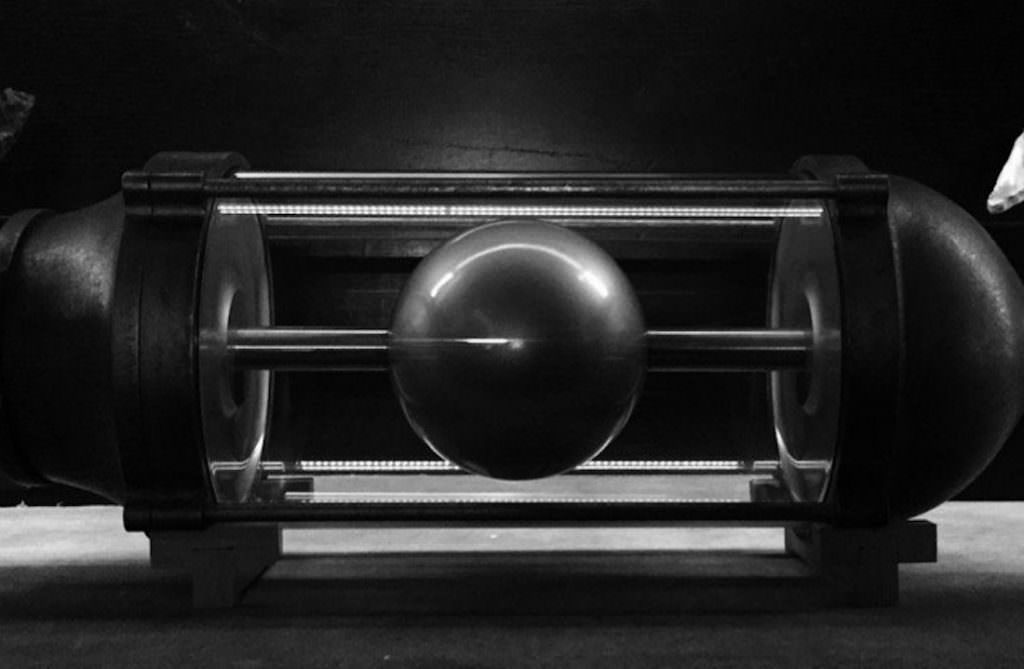 Godzilla 2 is Bringing Back This Terrifying Classic Weapon

Born in the age of the atomic bomb, Godzilla first stomped into theaters when fears of the destruction the powerful weapon might bring were at its peak. The 1954 film that started the mega monster franchise drew an allegory between the real world threat and the massive radioactive fire breathing lizard. The film also ended with a tragic, heroic, and wishful end to the obliteration. Trick ‘r Treat and Krampus director Mike Dougherty has now teased that the original weapon that brought down Godzilla may play a role in Godzilla 2.

Doughtery posted this picture from the set on Twitter with no explanation. Fans of the franchise, however, will recognize the mechanism as the almighty Oxygen Destroyer. That shiny ball harnesses a highly destructive chemical reaction accidentally discovered by Dr. Daisuke Serizawa in the original film. Serizawa ultimately detonated his invention underwater killing himself and Godzilla and destroying all research on the weapon so it could never be created again.

We didn’t get any more clues than that from Dougherty, but it stands to reason that the Oxygen Destroyer will not kill the King of the Monsters in the sequel. Godzilla definitely fell into a sort of grey area in the 2014 installment. While he had potential to wreak havoc, he saved humanity from the MUTOs (Massive Unidentified Terrestrial Organism) and lived to fight another day. In the 2nd film set for release on March 22, 2019, Godzilla is slated to face classic foes Mothra, Rodan and King Ghidorah. Legendary has also promised to bring the ultimate showdown of Godzilla vs. King Kong to the screen in 2020.

In this shadowy age of nuclear threats, Godzilla might be just the villain or hero we need. Hopefully a responsible use of the Oxygen Detonator is used to bring hope to moviegoers seeking an escape just like it did in the last century.