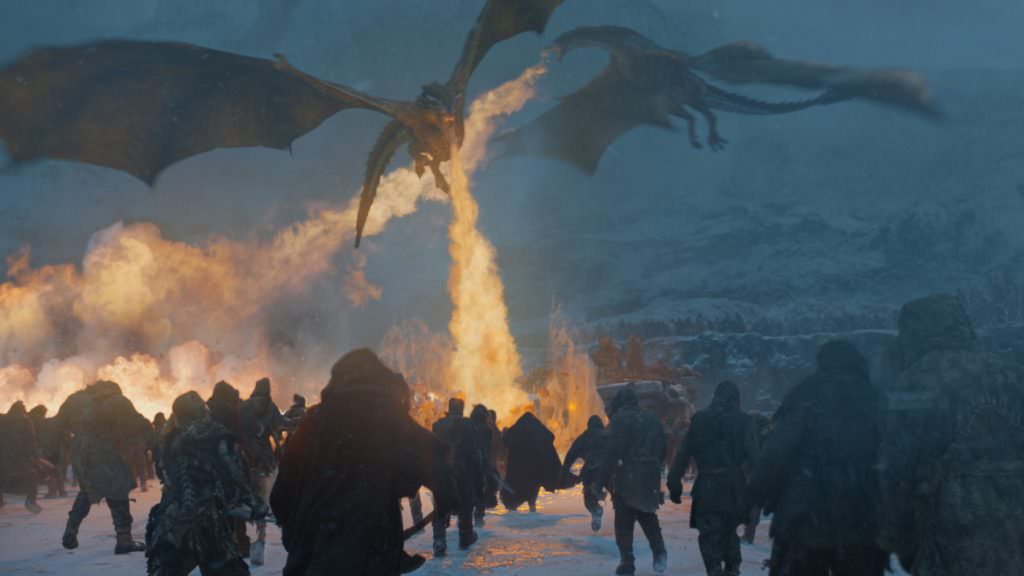 Leave it to Game of Thrones to follow one last Sunday’s “Beyond the Wall,” one of the most controversial episodes in the show’s history, with their longest. “The Dragon and the Wolf,” the official title of the season 7 finale, will clock in at 79 minutes, a full 11 minutes longer than previous title holder, six season’s finale “The Winds of Winter.”

Considering all we know about for sure about “The Dragon and the Wolf” comes from this excellent teaser, we can only speculate the title refers to Dany and Jon Snow, who we see in the trailer traveling to King’s Landing in an attempt to convince Cersei to suspend her war against them in order to join forces to take on the White Walkers. The title is odd, however, considering it seems to be focused on the two forces who have already come together, and leaves out the Lion (Cersei and the Lannisters), leaving us to believe it’s purposely misleading.

Perhaps the title refers to Jon alone, as we now he has Targaryen blood running through him, and we saw how he got along with Drogon. The people who could inform Jon of his rightful birthrite are Bran, who saw this himself as he was learning to become the Third Eyed Raven, and Sam, should he go through the book Gilly was referencing when she stumbled upon the official marriage between Rhaegar Targaryen and Lyanna Stark.

We’ll get a few more clues when HBO releases their usual batch of photos before the finale airs (they always pick ones that are as beguiling as possible, of course), and then we’ll all be in it together this Sunday, spending a final 79 minutes with the gang from Westeros before one last break and the sprint to the finish in season 8.