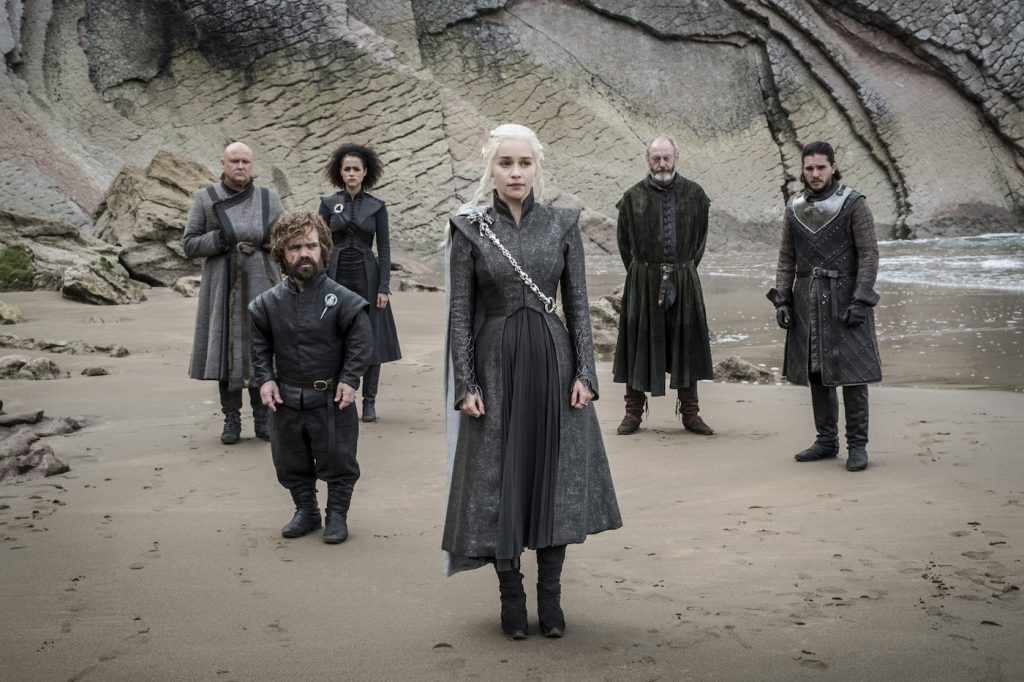 Game of Thrones Recap: “The Spoils of War”

Last night’s episode was satisfying on several fronts. Featuring several reunions, a battle, and the possible death of a main character, The Spoils of War capitalized on all that makes Game of Thrones so good. With several loose ends beginning to wrap up, we were reminded that we are entering into the final episodes of the series. Now more than halfway through Season 7, this episode was Game of Thrones in peak form.

The premise of this episode might seem simple, if not trite. We see Cersei talking to the Iron Bank representative, and it’s clear that this week the Lannisters are trying to pay their debts. At the episode’s outset, Jamie is off overseeing the transport of grain and the aforementioned gold. Despite some well-executed quips from Bronn, the action here pales in comparison to what is occurring up North.

Arya has finally made it back to Winterfell, though not as the girl she once was. Any hopes fans had for a warm and fuzzy reunion between Arya, Sansa, and Bran were quickly squashed. Yet, the palpable strain that exists between the siblings feels true; they have all seen the worst Westeros and beyond has to offer, and they are changed for it in ways their other siblings cannot fathom. Still, the Stark sisters allow themselves to hope for the future, both taking a moment to recognize that they have both survived thus far. Their reunion in front of their father’s tomb is poignant and apt, as the last time the girls saw each other was at his beheading. Indeed, the show has been allowing a number of character arcs to come full circle this season, and this was no exception.

It was – as much as could be hoped – an interesting week for Bran in particular, as he simultaneously reunites with Littlefinger and says farewell to Meera Reed. Littlefinger gives Bran the dagger that was supposed to kill him back in Season 1, though what precisely Littlefinger is hoping to gain by this act of generosity is hard to say. As for Bran’s sendoff of Meera, it was rather anticlimactic. Bran is cold and distant, and Meera jumps at the chance to call him out on his lack of apparent gratitude and aloofness. She has a point, as even the old Three-Eyed Raven seemed a little more personable.

Other reunions included that of Jon and Theon, when the younger Greyjoy shows back up at Dragonstone seeking aid in his efforts to free Yara. Far from a happy reunion, Jon does allow Theon to live in recognition of the aid he gave Sansa last season. Tyrion is also reunited with Jamie, albeit from across a large burning plain, but more on this later.

Jon and Daenerys seem much more comfortable with each other this week, and some kind of chemistry between the two has shown up. Davos certainly thinks so, and says as much to Jon. More importantly, Jon is making progress in his endeavor to convince Dany of the Night King threat to the North. Having found cave drawings in the dragonglass mine that depict the Children of the Forest and the First Men waging war upon a very accurately rendered Night King (he hasn’t aged a day!), Jon finally wins Dany’s promise to aid him in protecting the North… provided he bends the knee. While Jon refuses, this still feels like a step in the right direction.

Yet as soon as Jon and Dany step outside the dragonglass cave, they are met by a grim Tyrion and Varys. News from Casterly Rock has arrived, and it isn’t the decisive victory Dany was hoping for. This immediately prompts Dany to reevaluate her strategy, with Jon’s input. Her change in tactic is soon revealed as the show shifts to Jamie, Bronn, and the grain train (I’m sorry). Though not quite the assault on King’s Landing that she was inclined to make, Dany takes to strategically knocking out Cersei’s supplies from atop Drogon’s back, with her Dothraki warriors and Tyrion down below. Viewers are subsequently given one of the breathtaking battle sequences the show is known for.

We’ve been wondering for quite some time how Cersei’s forces would fare against Dany’s dragons. Though far from a fair fight, we now have a partial answer: the Lannister forces are thoroughly obliterated in the path of Drogon’s flame. Though it certainly appears as though the battle is decisively in Dany’s favor, Bronn hits Drogon with one of the massive crossbow bolts Cersei and Qyburn were seen perfecting in an earlier episode. Though the blow isn’t fatal, Drogon and Dany are grounded on the shore of a lake as she tries to address the wound. It is at this moment that Jamie is presented with the opportunity to attack a vulnerable Daenerys. While Tyrion urges his brother from afar to flee, Jamie instead charges. Yet just as Drogon prepares to char Jamie off the show and out of the credits, Bronn knocks Jamie out of the flame’s path, but not quite to safety. For a show that doesn’t often deal in overt cliffhangers that come in media res, it certainly left viewers on the edge of their seat this time. The final shot of the episode is of Jamie sinking into the depths of the lake, weighed down by his armor and that golden hand of his, fate unknown.

This week’s episode truly struck at what Game of Thrones is about, at its heart. Traversing a major battle, themes of gain and loss, and key character developments in under an hour is no mean feat. But The Spoils of War did all of that and more, a powerful reminder of why the show enjoys the popularity and acclaim it does, and why we will all be sad to see it end.