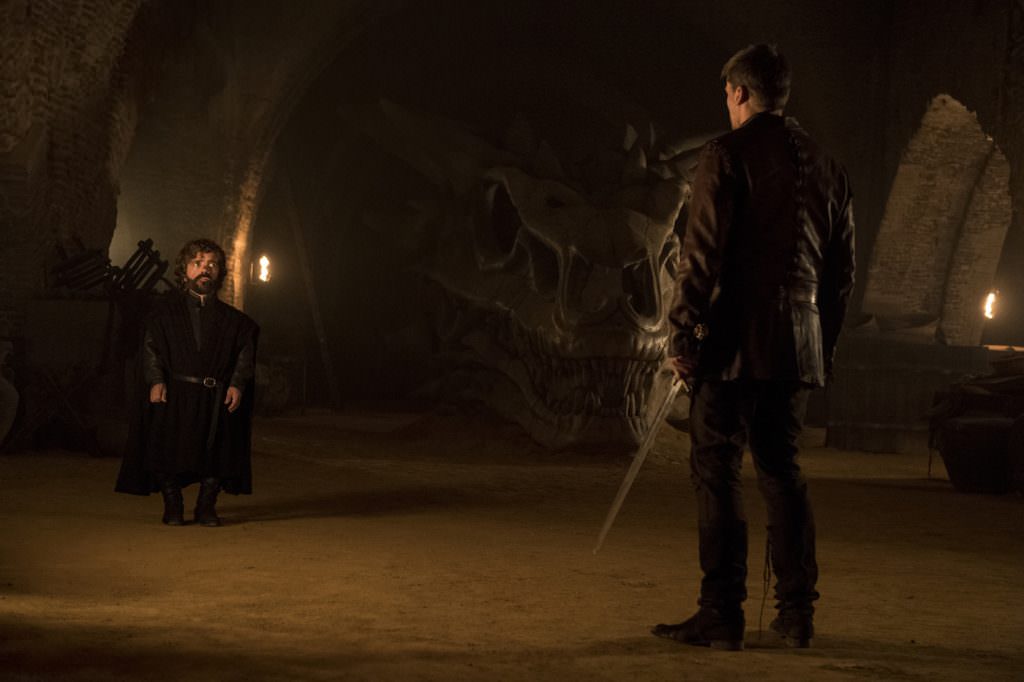 Though Game of Thrones would be nothing without questions, this week it finally gave us a long-awaited answer: no, Gendry is not still rowing. In fact, he’s made himself quite useful in the years since we last saw him. But one answer does not an episode make, and Eastwatch provided viewers with some excellent questions.

Moving from south to north, we start at Oldtown, where Sam – and viewers – are being kept in the dark about some things. Perhaps most pressingly, Sam has not been told of the deaths of his father and brother, but to what end? Archmaester Ebrose, Sam’s mentor and sometimes-advocate, clearly knows of the deaths, but has not told Sam. There must be a reason for his reluctance to inform Sam, we just don’t know it yet. Could Sam be the master of Hornhill now, a position that would compete with his maester studies, or his service to the Night’s Watch? Granted, Sam’s service to the Night’s Watch has been shady hitherto, with him flouting rules left and right, especially regarding his relationship with Gilly. Also, what was Gilly saying about Rhaegar Targaryen and an annulment? If Sam cut Gilly off just before she revealed something pertaining to the circumstances of Jon Snow’s birth, then he might just be dead to me. All in all, this might have been the worst moment for Sam to up and leave The Citadel, along with its plethora of knowledge and answers. Yet spurred on by a desire to be the type of men maesters write about (rather than the type who dutifully copies their lives into books), Sam is also been spurred on by his late father’s cruelty. Remember that the last time Sam was in Hornhill, his father Randyll suggested to him that he’d spend his life writing about the achivements of better men.

Moving on to King’s landing, Cersei has dropped a shocker of a pregnancy announcement. But is it actually so shocking? Clearly, Jamie has been having some second thoughts about waging wars against Daenerys to protect Cersei’s rule. The writing is on the wall, and Jamie has been starting to read it. A pregnancy is just what Cersei needs to keep Jamie’s loyalties from wandering, especially as Jamie now knows that Tyrion was not behind Joffrey’s death. This begs the question: is the pregnancy real, or simply a contrivance of Cersei’s to keep Jamie close?

Meanwhile, on Dragonstone, Drogon and Jon have a moment, one which does not escape Daenerys’ notice. Could Jon’s soothing of the dragon, and seemingly innate knowledge of how to approach Drogon be an indicator of Jon’s true heritage? Also, does this scene indicate the possibility of a stronger bond between Dany and Jon, by way of Drogon’s pseudo-blessing? Perhaps not, with the hubbub surrounding Jorah’s return. There have been several moments that almost seem to pit Jorah against Jon as a competitor for Dany’s affections. From Jorah’s return interrupting the Drogon-Dany-Jon scene, to Dany watching both men push off from Dragonstone’s shore, there certainly seems to be some underlying tensions regarding the Dragon Queen’s feeling for both men.

With the biggest questions out of the way, some thoughts on the finer points of this week’s episode remain. Why does Jon not tell anyone that he is heading back north? While he is not precisely returning to Winterfell on his way to Eastwatch, as his return to the general area might quell some of the concerns of his lords, especially since Sansa seems to be doing little to ease them on her own. In that same vein, what is Littlefinger’s endgame with Arya? Clearly nothing good is afoot where Littlefinger is involved, but surely Arya is not that easy to manipulate. And finally, was that a battle between Jon’s men and the Night King’s army of wights that I saw in next week’s teaser?