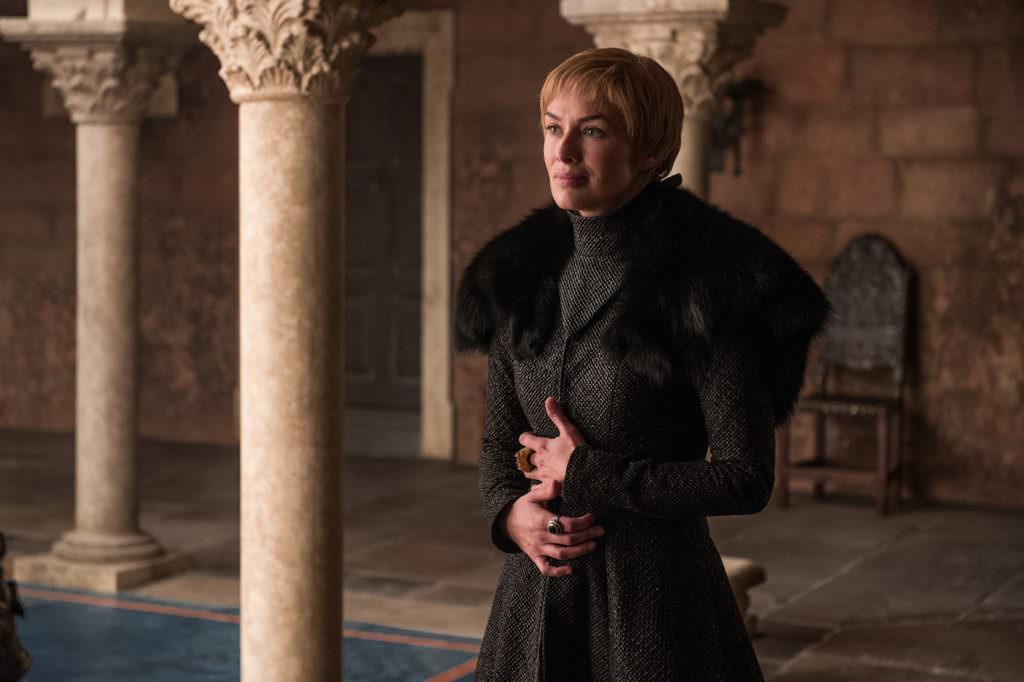 Game of Thrones: Dissecting Cersei’s Turn to The Golden Company

It would probably take the Lord of Light to show us the way through all our questions after Sunday’s Game of Thrones season 7 finale, “The Dragon and the Wolf.” Some of these are small bore questions, in which the fate of Westeros doesn’t hinge (like where did Bronn and Podrick disappear to), while others are, well, rather huge. It’s funny, while we were putting together this list of questions, more came to mind, as the fantasy world that George R. R. Martin created and David Benioff and D. B. Weiss expanded is incredibly rich with detail, subplot and minor moments that become major. Let’s go dissect one of our largest lingering questions, Cersei’s decision to hire the Golden Company, and perhaps you can help us sort through this.

Yes, all betrayals are risky, but Cersei’s choice to betray Jon and Dany, after she promised them she would send her armies north to help in the fight against the dead, is especially dangerous. As she told Jaime, she has no intention of joining that fight, and has instead sent Euron and his fleet to Essos to ferry The Golden Company back to King’s Landing to supplement her army.

The first and most troubling aspects of this betrayal is how quickly it will be revealed. Unlike her brutal masterpiece—the obliteration of the Sept of Baelor that ended season 6—turning on Dany (with her massive army and two dragons) and Jon will be apparent long before she’s in a position of power. They’ll see that her armies haven’t arrived, and while they may not be able to do much about it (it would require them turning back south, which is a non-starter considering the dead have breached the Wall), they will be aware the entire time of her choice. Cersei’s betting that whoever ends up winning the Great War will be so depleted that the Lannister army, with the Golden Company rounding out their numbers, will easily crush them.

This is…debatable, but, in order to understand her strategy, we need to know a bit more about this mercenary army she’s staking her life on.

Cersei’s arranged for The Golden Company to join the Lannister army through Tycho Nestoris, the Iron Bank representative. The Golden Company are a huge army of sellswords, some 10,000 men in all, and they can fight. They have thousands of horses, they use elephants in battle (as Cersei mentioned), and are notorious for doing their jobs well and getting their money, no matter what. Their motto? “Our word is as good as gold.” They’re comprised of exiles and the sons of exiles, founded by Aegor Rivers, the bastard of former King Aegon IV Targaryen. In events long predating those depicted on the show, they eventually became a fierce army, and became infamous for sacking any city that refused to pay them for their services.

Their connection to our current players include one with Jorah, who was a member of the Golden Company before he went to work for Varys to spy on Daenerys (which, once she found out, resulted in his banishment). You might also recall in season 4 when Davos suggested to Stannis that he hire The Golden Company to fight for him, but Stannis refused. He didn’t want to have to pay any mercenaries to figh this wars, he wanted men who were loyal to him because they believed in him. Cersei, of course, has no such high-minded notion of the best way to win wars. All she needs is an army that will kill for her, no matter the reason, and it does stand to reason that The Golden Company, whose word is as good as gold, is the perfect army for a Queen who presides over a house whose motto is “A Lannister always pays his debts.”

One key thing to consider is how Cersei has riled up her countrymen by stating that Dany is a “usurper” and her armies are made up of “Dothraki screamers” and other such foreigner scum. Employing the Golden Company, a foreign army of her own, sort of destroys her credibility here. Not that she cares.

How This Plays Out

We only have six episodes left in the entire show, so it’s not like there’s time to get into the rather colorful history of The Golden Company, or hint at their adventures, many of which are detailed in Martin’s books. They will, however, likely play a hugely important role in their very brief time, whether they end up fighting for Cersei against the survivors of Jon and Dany’s Great War, or, somehow end up getting deployed in that war, say, should someone take out Cersei.