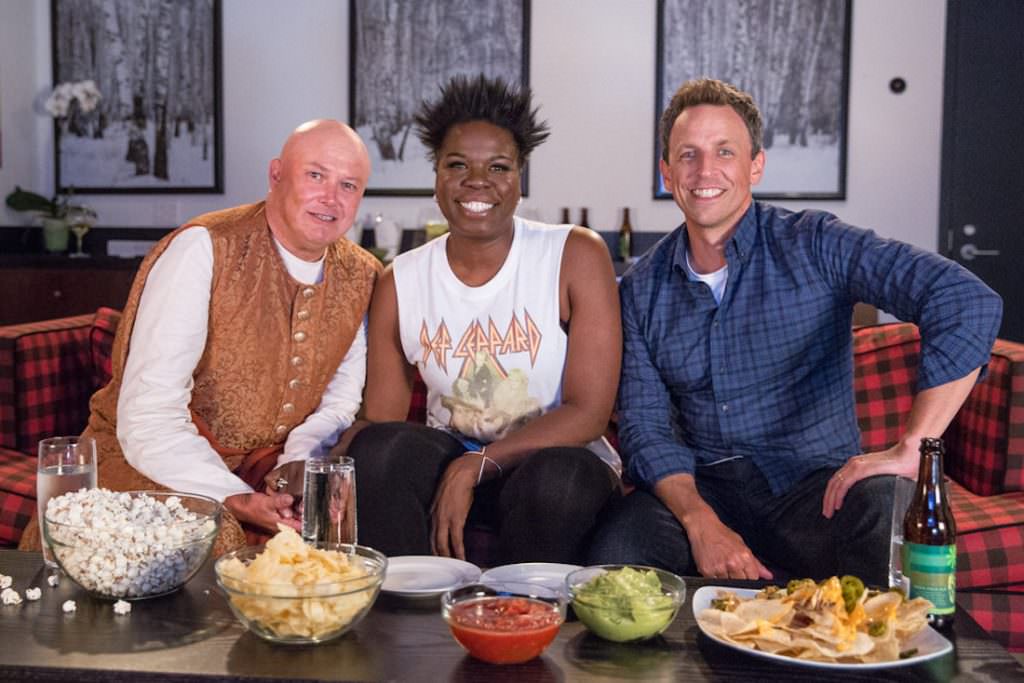 In last Sunday’s truly epic Game of Thrones episode “The Spoils of War,” we finally saw actual combat between Dany’s forces and the Lannister’s. While we’ve written extensively about the show, covering the latest palace intrigues from King’s Landing, the advance of the Night King, and the myriad pitfalls surrounding Dany’s attempt to take the Iron Throne, every once in a while it’s fun to just watch someone watching the show and react. It’s even better when the people watching the show are funny, which is exactly what happened when SNL alums Leslie Jones and Seth Meyers get together to watch “The Spoils of War” for their “Game of Jones” segement on Late Night with Seth Meyers.

In an episode that featured some major set pieces, including a full blown dragon attack on the Lannister forces in High Garden, there was plenty for Jones to riff about. This episode of “Game of Jones” also includes a special guest, Varys himself! (Conleth Hill).

For those who haven’t been following Seth Meyers, he’s quietly becoming one of the best hosts in late night, with great segments (“A Closer Look” is routinely fantastic and surprisingly hard-hitting), while also highlighting his team of writers, a rarity in late night, with segments like “Amber Says What?” and “Jokes Seth Can’t Tell.” For “Game of Jones,” you’ve got the perfect pairing of personalities, pegged to one of the most popular TV shows in recent history.