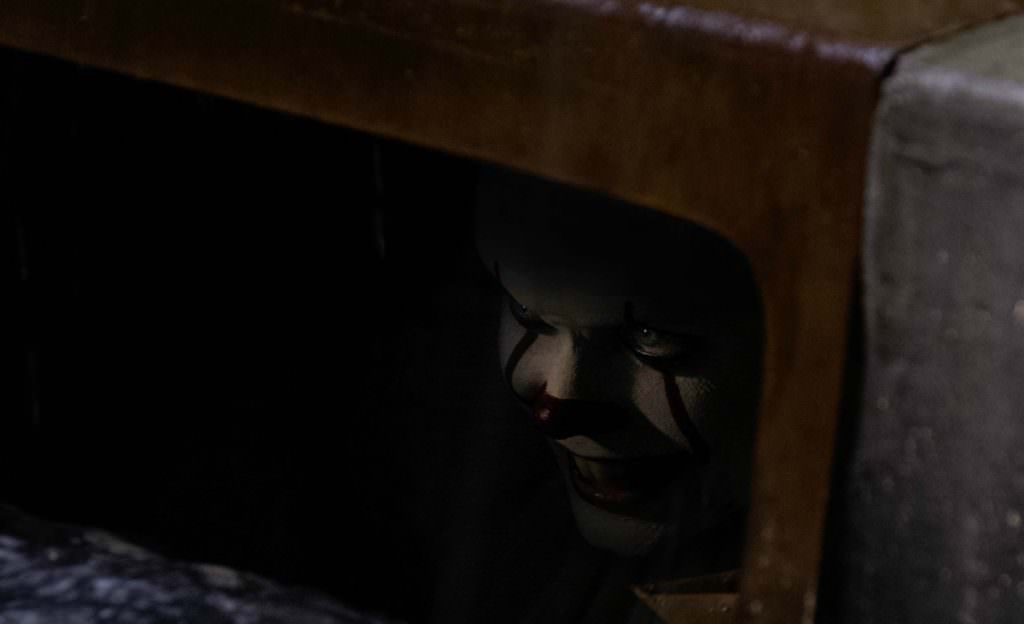 If you’re like us and have been waiting for Andy Muschietti‘s IT for what seems like a lifetime, than you’re no doubt enjoying the fresh deluge of materials Warner Bros. has been steadily releasing as we near the film’s September 8 release date. For those of you who didn’t catch the four-minute scene that screened before Annabelle: Creation this past weekend, you can make do with this, a virtual reality experience in which you can float through the Derry sewers, where Pennywise plies his monstrous trade, is creepy fun.

Everything we’ve seen thus far about Bill Skarsgard’s take as Pennywise looks to be a thoroughly, top-to-bottom embodiment of the shape-shifting maniac depicted in Stephen King’s iconic novel. From his voice to his mannerisms to his body language, Skarsgard’s Pennywise might just be the most terrifying monster of the year. As we’ve written before, rumors persist that Warner Bros. is already at work on the sequel, which would take up the events in King’s novel when the Loser’s Club, the children who battle Pennywise in the first half of the book, must face him again as adults.

Here’s the IT synopsis:

When children begin to disappear in the town of Derry, Maine, a group of young kids are faced with their biggest fears when they square off against an evil clown named Pennywise, whose history of murder and violence dates back for centuries.