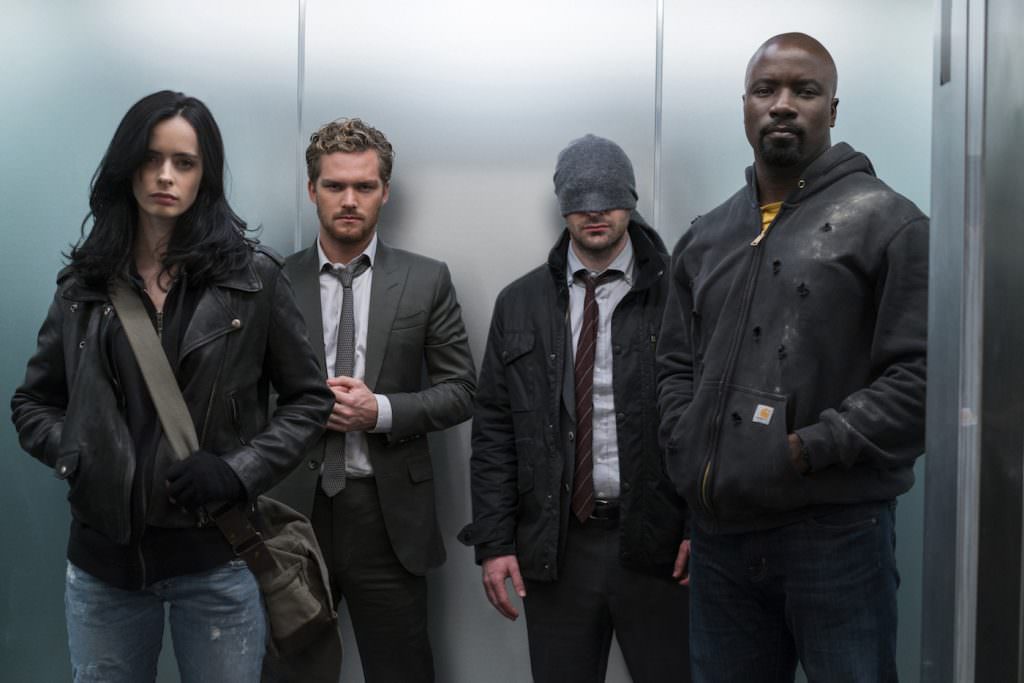 The fifth installment of the Netflix sphere of the Marvel universe is nearly upon us and Marvel released the final trailer. Friday we’ll finally get to see Daredevil, Jessica Jones, Luke Cage and Iron Fist unite to form The Defenders. Each of them started in their own series and had pretty different styles of fighting crime, so it’s exciting to see how they all come together. Marvel has always been great at connecting plotlines and meshing worlds.

The group seems a little trepidatious to commit to working together, but it looks like they’re going to make a pretty cool team. When Iron Fist suggests they form an alliance, independent badass Jessica Jones groans, but when Alexandra (Sigourney Weaver) threatens to break them up, Luke Cage won’t have it. If you’re a Marvel superfan and Alexandra doesn’t sound familiar, that’s because she was created for the series making her role totally unpredictable.

From what we’ve seen, it looks like the team is going to be doing a lot of fighting and eating as Iron Fist claims that food is the fuel for his cosmic karate abilities. From what can be seen in the trailer, it looks like there’s a lot to get psyched about for the fight scene choreography where all four bring their powers together to save New York.

The trailer promises we’ll definitely get some more character development, particularly from the Iron Fist. The guy with the power punch looks like he’ll be pulling a lot of punchlines as the comedic relief of an otherwise brooding group. Not to mention the glowing fist looks pretty incredible, especially when it has the power to disintegrate a metal sword. Bonus: for more on how creators made the fist glow, we spoke to makeup designer Sarit Klein.

The Defenders premieres on Netflix on August 18.