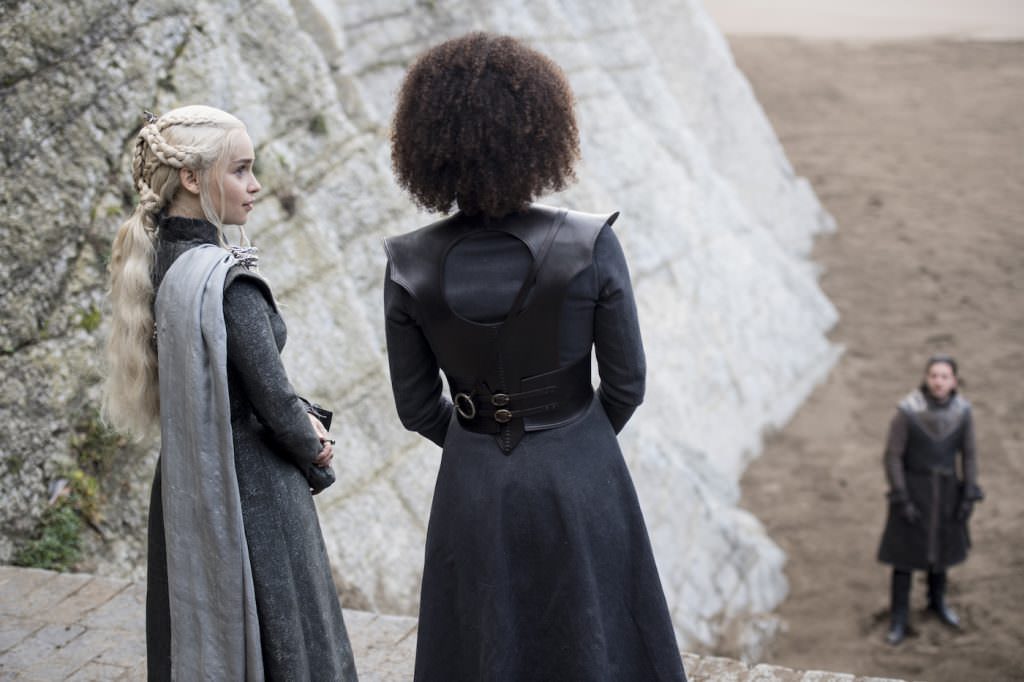 Fearless of Spoilers? Then Read This Super Intriguing Game of Thrones Theory

The first few episodes of Game of Thrones have been tough on fans of Daenerys Targaryen. We’ve seen her fail at the hands of Euron Greyjoy, leaving her navy all but obliterated, with Yara Greyjoy, and Ellaria and Tyene Sand quite unhappily captured. So too, her move to take Casterly Rock has proven to be another misstep. But if one’s fans theory is correct, these brutal losses in battle might just be worthwhile in the end.

One of the series’ most central mysteries pertains to “the prince who was promised”, and the rebirth of Azor Ahai, a legendary hero who is needed to end the Long Night. But Redditor matttwee thinks he might have this all figured out. He cites the prophecy from the books, paying particular attention to its description of Azor Ahai’s attempts to craft a great sword. After he unsuccessfully trying to temper a blade in water and then in the heart of a lion, the weapon was successfully finished when he ran the blade through his wife’s heart. Does that sequence sound familiar?

Parallels can be drawn between Dany’s failure at sea, and Azor Ahai’s attempt to temper a blade in water. Her miscalculated strike at Casterly Rock – the home of the Lannister lions – also matches the prophecy, with her metaphorically matching Azor Ahai’s. It is a rather compelling theory, with a very tidy conclusion. But even so, it begs the question: who or what would be the stand in for Azor Ahai’s wife? Could Jorah have survived greyscale only to truly die for his queen? Or, since Dany is clearly not above playing favorites with her dragon children, are Drogon’s days numbered?

That said, Game of Thrones loves nothing more than quashing fan theories, except maybe killing off beloved characters (looking at you, Episode 3). This theory – like many others – could be wildly off-base. The theory’s validity aside, with the number of episodes left in the series dwindling, fans can only hope that the showrunners make it all mean something, and soon.