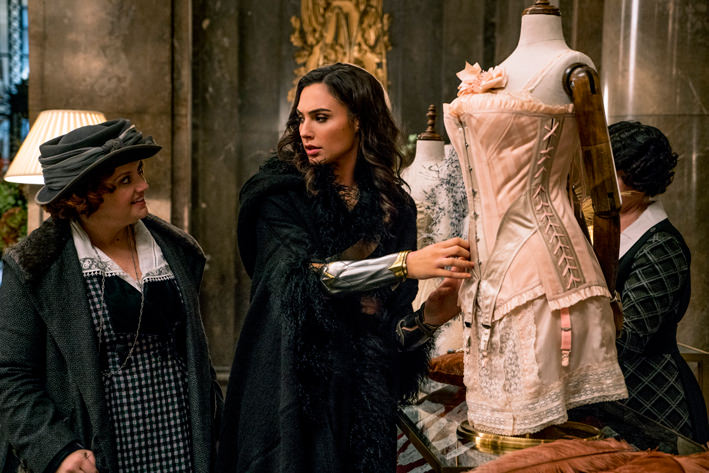 Etta Candy Tells Her Side to the Wonder Woman Story

Wonder Woman was incredible and Diana Prince (Gal Gadot) reshaped the landscape of women in superhero films forever (we hope), but let’s be honest—she was never the only female hero of the film. Of course we’re talking about the super sharp Etta Candy (Lucy Davis), who definitely didn’t get enough credit for her masterful makeovers, quick wit, and easygoing nature that allowed her to completely ignore that an Amazonian princess had suddenly appeared with her boss out of thin air. Good news fans! The Blu-Ray release is giving us an extra helping of Candy.

The fun clip features Etta sharing her scrapbook of her time spent with Diana. (They’re on a first name basis.) Eternally positive, Etta recants their journey through fashion and glazes over any spots of personality clash they might have had. She wasn’t quite as impressed with Diana’s ability to always escape trouble or deflect bullets, but Etta is pretty incredible at her job and never managed to get her boss killed, so she has a lot of high ground to stand on.

Etta’s version is considerably more quaint (and abbreviated), but no less entertaining than the original. It’s a heartwarming reflection on a strong bond between two women and hopefully it will lead to seeing more of Etta in the spotlight.

This isn’t the last of Ms. Candy. The Blu-Ray will feature Etta’s Mission in which she reunites the gang for a new mission.

You can watch Etta in action (and Wonder Woman too) on Digital tomorrow and Blu-Ray September 19.