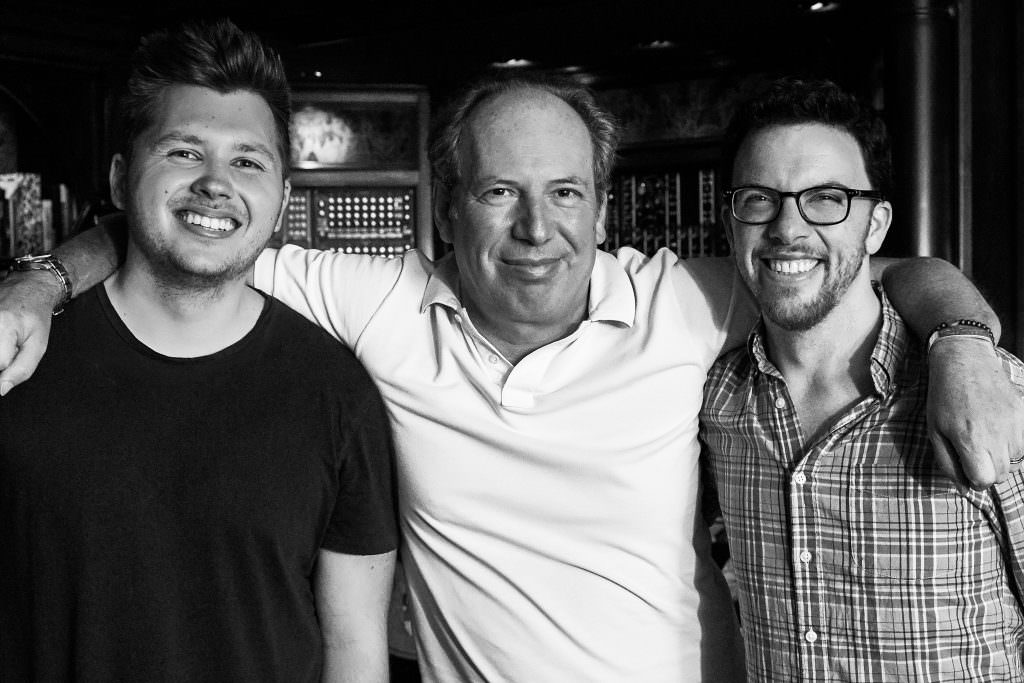 Ten years after the original series aired, BBC returns to explore our natural world in Planet Earth II. The stunning exploration of the green planet’s jungles, grasslands, deserts and more spawned a viral video of a daring iguana escaping certain death that couldn’t be more hair-raising if it had been scripted. The show’s dynamic score earned composers Jasha Klebe and Jacob Shea of Bleeding Fingers Music an Emmy nomination. The duo had worked separately on major blockbusters including The Dark Knight and The Lone Ranger, but they found a new challenge in the unscripted drama of the animal kingdom. Klebe and Shea began as protégé’s to legendary master of the Hollywood score, Hans Zimmer. The pair was teamed up while working together at Bleeding Fingers and collaborated with Zimmer on Planet Earth II’s main title.

We spoke with Klebe and Shea about the advancements since the first series aired, drawing inspiration from the various climates, working with animals for main characters, and more.

Congratulations on your Emmy nomination!

Shea: It’s a very exciting and rewarding thing to be Emmy-nominated. It’s incredible.

It’s been a decade since the first Planet Earth aired. Were you all familiar with the first installment?

Klebe: Jacob and I were both well versed in the original series and the phenomenal score that George Fenton wrote. We both made an effort to push the boundaries musically with the series. Ten years on, the technology for camerawork and everything had advanced so much that we really wanted to be able to match the incredible footage that the camera team was able to get. Coming from a cinematic background, we both wanted to bring what we knew in that world score it as the most diverse and intense drama we possibly could and bring the audience as close to these animals sonically as the camera and visuals could do.

Shea: George Fenton is such an incredibly gifted musician and orchestral composer in particular, and I feel that the creative team wanted to use whatever means necessary to create as rich and immediate an experience for the viewers as possible. The music really fed into that. We combined live elements with electronic elements with sound design that we got from field recordings and manipulated into musical rhythms and textures and harmonies. 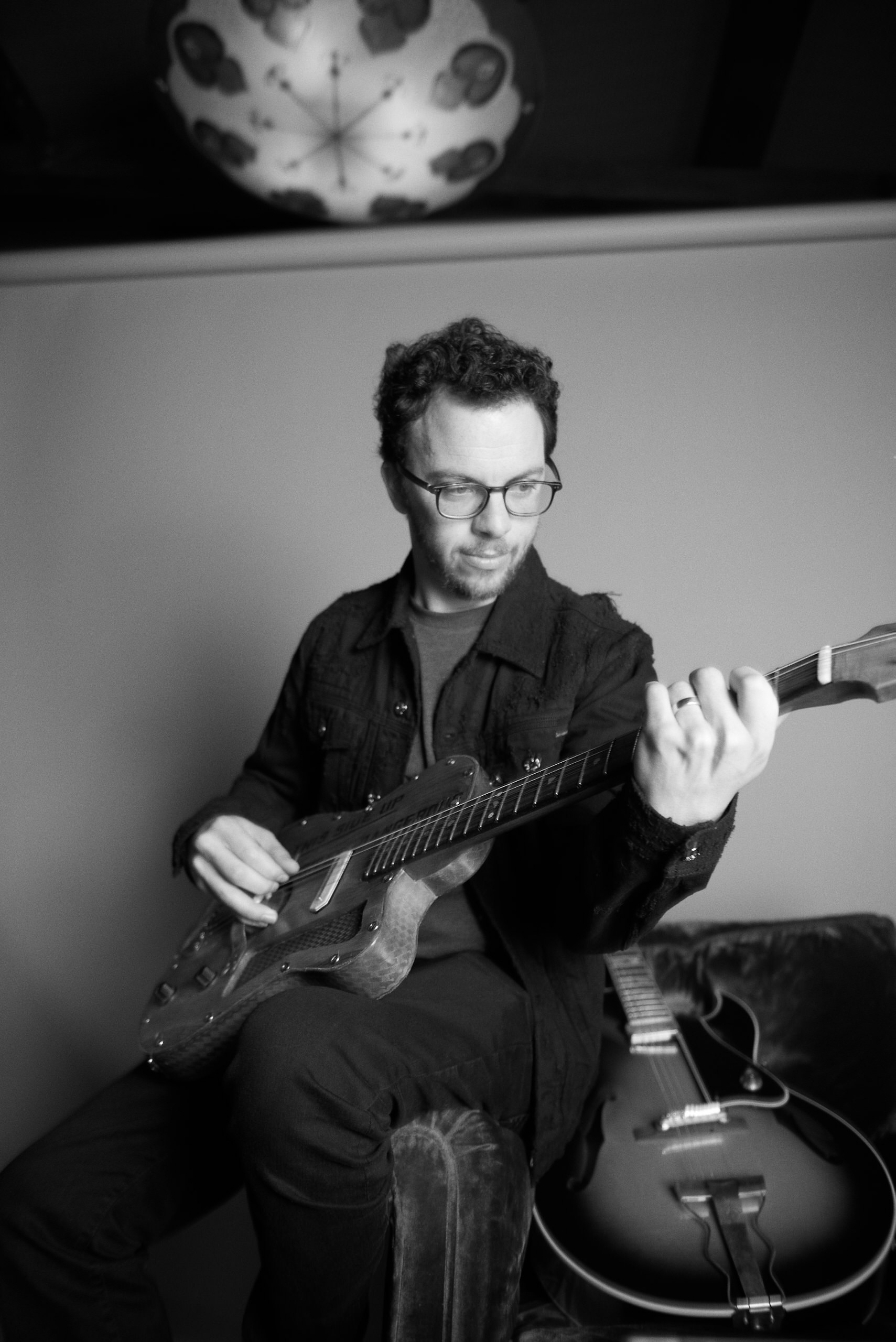 That’s a lot of moving parts. So you mixed sound from the footage into your scores?

Shea: Yeah, we spared no expense and gave it everything we had because we knew what an important series it was.

Klebe: It was a lot of fun to actually be able to take those live recordings that the camera guys had gone out and recorded and be able to incorporate that into the score and blur the lines between what made these sound effects and the music. In some examples we take the sounds of rustling grass and use that as a percussive element in the grasslands episode. Or we took sounds of the wind being high up in the mountains and were able to bend those and manipulate the tones into a musical instrument. I think that made it a lot of fun for us to just dive in there and try to make unique sounds that you hadn’t really heard before. 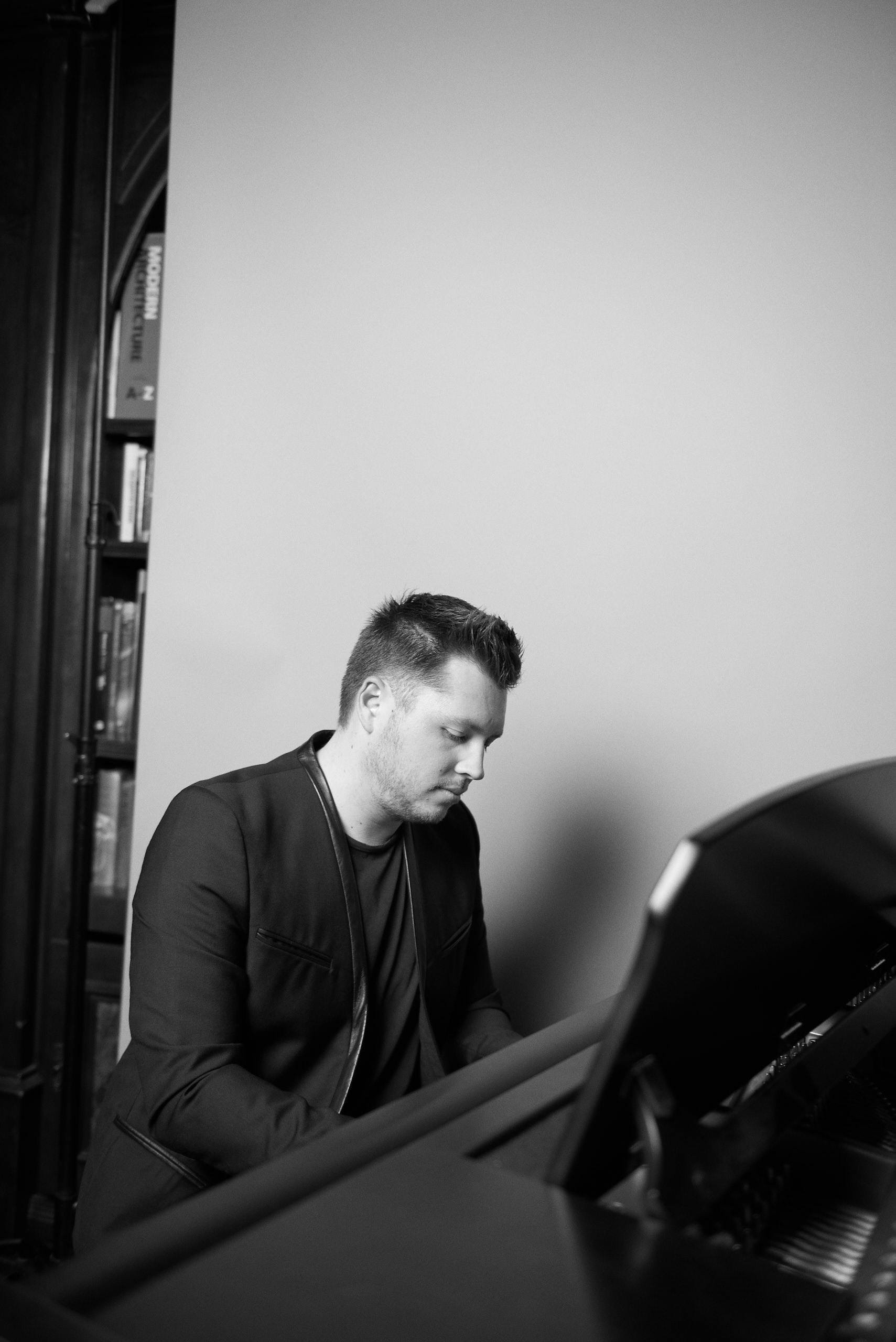 Is that how you made each episode so unique and reflective of the climates?

Shea: Yeah, absolutely. “Grasslands” was a lot of bell-tones and some sound design that was generated from the soundscapes. “Deserts” was this alien atmosphere they wanted to create, so it was a lot of faux-metal textures and electronic elements. “Cities” was this car and synthesizers, and tablas for when we were in India.

Klebe: For the “Jungles” episode we incorporated some human voices in a humming texture to create a magical feeling that was as if you were deep in the jungle. For the “Mountains” episode it was definitely a much grander, large orchestral scale to really feel like you’re on top of the world. For the “Islands” episode we incorporated a lot more prehistoric percussive instruments to really give that sense of these remote islands where there’s a vibrancy and a lot of life to it. It almost looks like you’re looking at dinosaurs, and you have the iguanas or the komodo dragons.

You’ve both worked on major scripted action films. What was it like to have animals for characters?

Klebe: I don’t think we could’ve asked for more strange and unusual characters. From all of the unique animals and having the wonderful voice of David Attenborough that helps guide us through the episode, it really was these stories of life and survival. I think it was an interesting task to try and bring an audience close to these animals and be able to emotionally connect to them and relate to them, even if they seem incredibly foreign to us in some ways. I think it was a beautiful reminder to us that we all share these certain life journeys learning to grow with the habitat around you. There’s the love story of a sloth. Just going out of your way to find romance in this crazy world. There’s the survival of the. You could bring parallels to certain aspects of your own life and that was the biggest joy. The sheer range of emotion to score.

What was your favorite sequence to score?

Shea: For me, the iguana. I had been lucky enough to work on some bigger movie franchise projects with really high budgets and the iguana chase eclipsed all of them in terms of the action sequence. It was just such a visceral thing to watch. The first time I saw it, I felt like it didn’t really even need any music because it was just so hair-raising. It was the best chase sequence I’ll probably ever work on.

Klebe: I’d say one of my favorite things was the penguin scene at the end of the “Islands” episode. You see millions of them on this one island and to be able to see the journey that these moms and dads go through just to bring food to their young ones. It’s very heartbreaking to see some of them that don’t make it.

Did the animal’s personality shape the style of music you ultimately wrote?

Shea: I think that a lot of it had to do with the scenery. The sense of place in which all these animals lived gave us clues into what sort of instrumentation to use. Aside from that it was a very organic trial and error process of what resonates with this particular creature in this particular point in their life and how do we make it a visceral feeling for everyone watching?

Klebe: Yeah, absolutely. And with David Attenborough narrating what’s happening on screen, he gives you a nice good idea of which direction to take it and that was a pleasure.

Since the days of Jacques Cousteau, film has been able to bring the world into people’s homes. Why do you feel like it’s important to capture these stories?

Klebe: I think they just remind us that we do share this world with so many others around us. Our impact on the world can affect the other creatures that live in these habitats. The Planet Earth series really brings you into the unique habitats, shows you these extraordinary animals that many of us wouldn’t have the opportunity to see. Then also reminds us of what mankind maybe has done to where these animals are pushed to live or how some of these animals may have become extinct. I think it serves as a beautiful reminder to all of us that these animals are out there, and do need our care and support.

Shea: I think Jasha’s absolutely right. It’s a wonderful reminder of how rich and diverse this place is that we call home. Anyone living in an urban area doesn’t usually see that stuff. It just reminds you that we’ve got to care for this world because it’s just so much bigger than anyone sees on a day-to-day basis. It matters to so many creatures. It’s easy to not think about, but it’s just something really worth protecting.

Klebe: Something else too is, I think for me it made me want to go out and see more of the world. And I was speaking with other people and I think that has an impact on them as well. I would never think to maybe go to some of these places just simply because I may not even know they exist. And so I think it is always for you to have the opportunity to really just explore the world because it’s a big place. There’s some really extraordinary things out there.