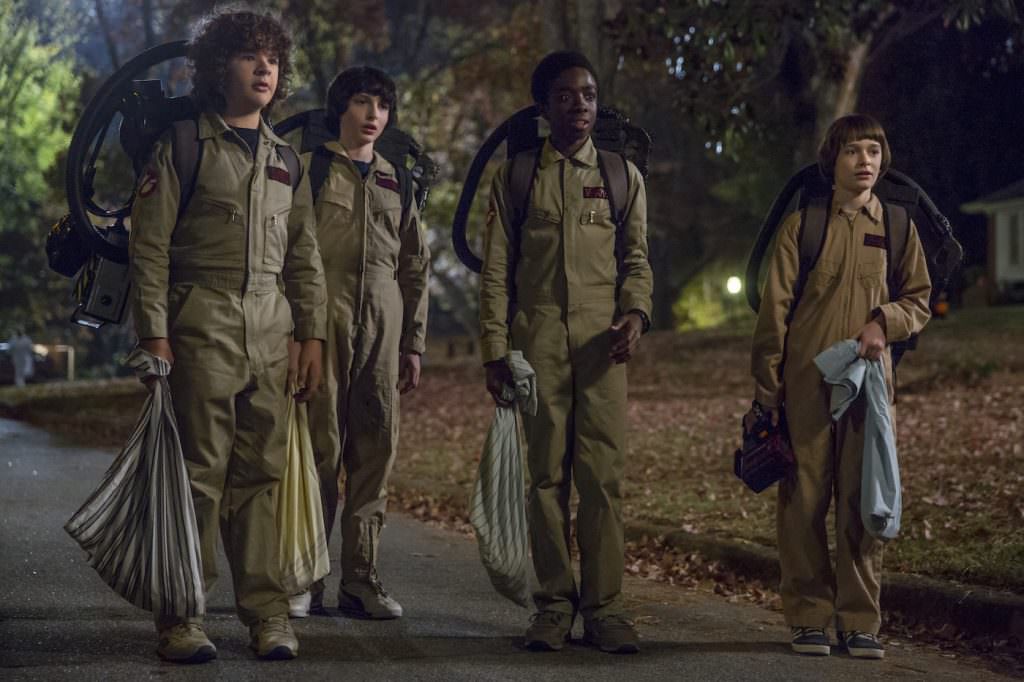 Emmy-nominated Casting Director on Finding the Kids of Stranger Things

Supernatural thriller Stranger Things co-creators Matt and Ross Duffer not only made the inspired choice to bring Winona Ryder out of semi-retirement to star as the show’s unhinged mother-in-crisis; they also assembled primetime’s most endearing ensemble of twelve-year olds to portray four adorable boys and one mesmerizing mystery girl. Emmy-nominated casting director Carmen Cuba, teamed with co-nominees Tara Feldstein Bennett and Chase Paris, looked at more than 1000 in-person and video auditions to find the kids of Stranger Things.

“Besides all of the people we were seeing in person, I was also watching hundreds of these auditions every single day looking for the needles in the haystack,” says the L.A.-based Cuba. “We did a ton of outreach in the midwest, the east coast, London, all over the world because we wanted as many options coming in from as many different places as possible.”

Cuba, who grew up in New Mexico working at a bi-lingual theater company, first forged a connection with Matt and Ross Duffer when she cast their 2015 movie Hidden. She says, “The Duffers are on my short list of people I get movie recommendations from for my two sons because the movies they loved as kids are movies that any kid would love. Re-watching these old films with my kids, I collected a lot of helpful information about what they respond to in this genre, so for Stranger Things, we had a really strong shorthand right off the bat.”

Cuba’s eye for young talent extends to eleven-year old Farrah MacKenzie, whom she cast in Steven Soderbergh’s new Logan Lucky. “The kid actors I connect most with are not necessarily the most confident or outgoing or even traditionally ‘cute,'” she says. “It’s rare to find young actors who can behave in a ‘natural’ way while reading lines of scripted dialogue.” Because Stranger Things was budgeted on a tight schedule, Cuba couldn’t afford to take a chance on inexperienced actors. “It didn’t seem likely to us that we could pluck a kid out of a street because he had a great face or energy and have them be the right match for the complexities of this project. We needed young people who had some acting experience.”

While the boys of Stranger Things may be fresh faces to most TV viewers, they all racked up substantial acting credentials before getting picked for the Netflix series. Gaten Matarazzo, who plays the wise-cracking Dustin, is an old hand at Broadway musicals, having appeared in Priscilla, Queen of the Desert and Les Miserables. Caleb Mclaughlin, as Lucas, portrayed Young Simba in The Lion King. Vancouver-based eighth grader Finn Wolfhard, who plays role of Mike Hooper, landed his first acting gig via Craiglist and appeared on ABC drama Supernatural. And appropriately for a series that pays homage to Steven Spielberg-produced Goonies and E.T., Noah Schnapp, who plays leader Will Byers, actually appeared in a recent Spielberg movie, Bridge of Spies.

“It was always about finding the right group,” Cuba says. “Once we found the kids we thought were interesting as people and flexible as actors, we mixed and matched them in various roles, except for Gaten who was pretty much always our only ‘Dustin’ from the minute we had him read.”

The filmmakers arrived at the Stranger Things final four by conducting “chemistry reads” to see who clicked with whom. “We paid close attention to what the boys did when they’re weren’t in the scene, how they related to each other, how they related to the directors, what their energy was like,” Cuba says. “After we did chemistry tests with various groups of characters and multiple actors for each role, that sealed the deal.”

While the boys of Stranger Things shine, the jewel in Cuba’s casting crown this season comes in the form of British newcomer Millie Bobby Brown, now 13, who plays the mysterious Eleven. Endowed with psychic powers, Brown’s Eleven runs away from a sinister experimental laboratory where she’s been victimized by a ruthless scientist (Matthew Modine).

Cuba learned about the actress from Hollywood agent Scott Melrose. “He forwarded me Millie’s first tape and she was amazing,” Cuba says. “The Duffers saw her magic right away too so we had Millie re-tape immediately with notes and more material. Once we saw the second tape I arranged for us to Skype with Millie in London so we could get a sense of who she was as a person. Millie did the entire Skype in a perfect American accent. We were blown away.”