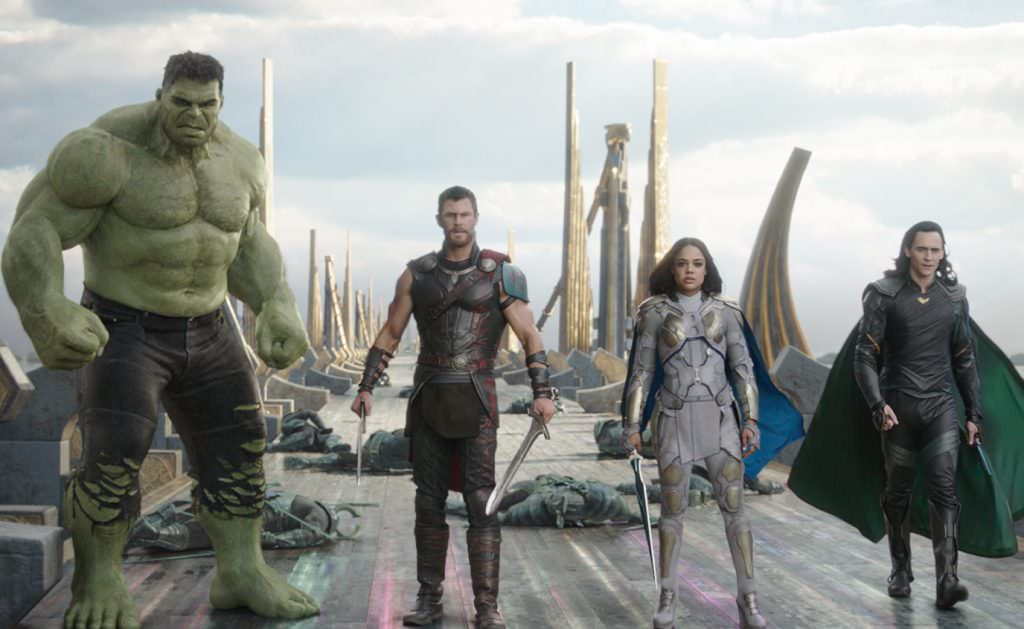 The most striking part about this Japanese trailer for Thor: Ragnarok happens early on; Thor comes face-to-face with the Sorcerer Supreme, Doctor Strange. For Marvel fans, this meeting was already a well known (and very welcome) fact—at the end of Doctor Strange, a post-credits scene showed Thor showing up in New York, at Strange’s Sanctum Sanctorum, for a chat and a beer. While that scene was pure comedy, the footage here reveals that by the time they meet again in Ragnarok, things will have gotten plenty serious. How serious? Just listen to what Strange has to say to him as this trailer opens:

“Thor, I sense a great change in your future. Destiny has dire plans for you, my friend,” Strange tells him. Thor’s response? “I have dire plans for destiny.”

You’ll note that Thor’s wearing the same clothes (and the same hair length) that he did in the post-credits scene following Doctor Strange, and as we know that he ends up imprisoned on a distant planet, hair cut close, this scene must take place early on in Ragnarok. Is Strange in the film just briefly, in a classic Marvel cameo? Or is this a tease, and does Strange play a much bigger part? We’ll find out when  Thor: Ragnarok opens on November 3, 2017.