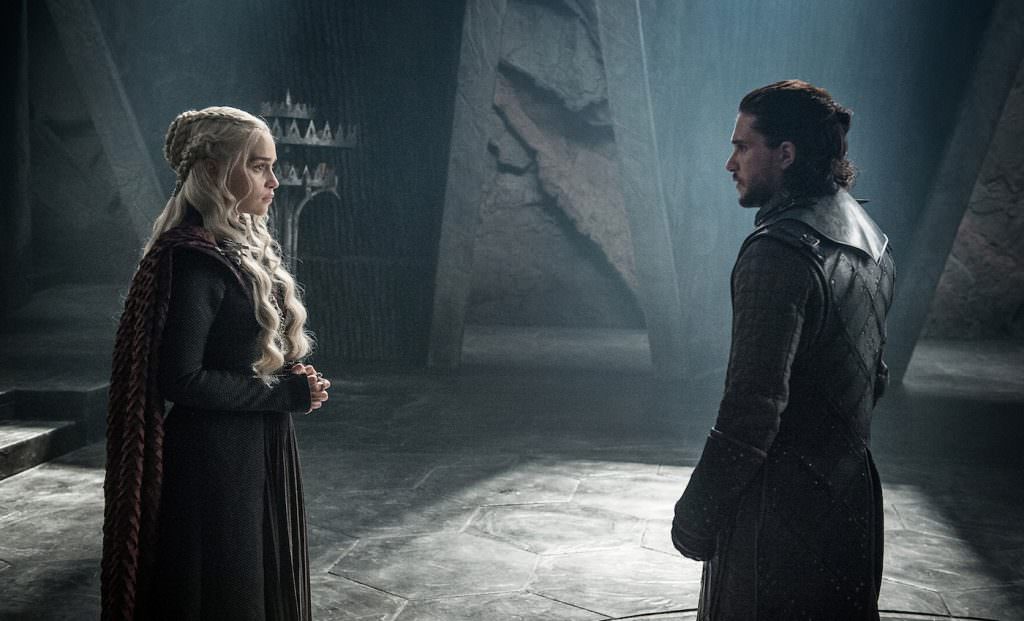 Dany’s in Trouble: Watch the Teaser for Game of Thrones Upcoming Episode

“My only venture at this moment is establishing control over this continent and every person on it,” Cersei says to Tycho Nestoris, the Iron Bank’s representative. Cersei is well aware that she can’t win a war against Dany without gold, and although Tycho had come to King’s Landing to collect on the Lannister’s debt, seeing a much better proposition with Dany and her dragons, Cersei convinced him to stay for a fortnight, promising that all the Lannister debts will be paid by the time he goes home. This maneuver worked wonders, as we see in the teaser for episode 4 (HBO hasn’t released the official title yet) Tycho promise Cersie that she can count on the Iron Bank, and their gold, to help her win her war.

Somehow we’re already approaching the fourth episode (slow down, season seven!), and things are not going to plan for Daenerys. This half-minute teaser shows just how desperate her situation is, with Dany apporaching Jon Snow on the beach. “I’m losing,” she says. Clearly she wants Jon and the north to help her.

This comes after Dany telling Jon that she didn’t need his help last episode. Why the change of heart? Because in that last episode, “The Queen’s Justice,” Cersei and Jaime outmaneuvered Dany badly, taking out the Tyrells, leaving Casterly Rock without provisions and few men to protect it (the Unsullied will now rule over a castle with no food), and destroying most of the Unsullied AND the Greyjoy’s fleets, thanks to Cersei’s collaboration with Euron Greyjoy.

The teaser for episode four hints at betrayal (an unsheathed knife), yet another shot at redemption for Theon, and one of Dany’s dragons in flight, suggesting she might finally use her greatest advantage. Time is running out.

Ace TV director Matt Shakman (Mad Men, The Good Wife) will be making his Game of Thrones debut with the next two episodes of the season. Season seven is speeding along at breakneck pace—and unless Dany right’s things, and quick, Cersei may be the last leader standing…all but guaranteeing the Night’s King victory.