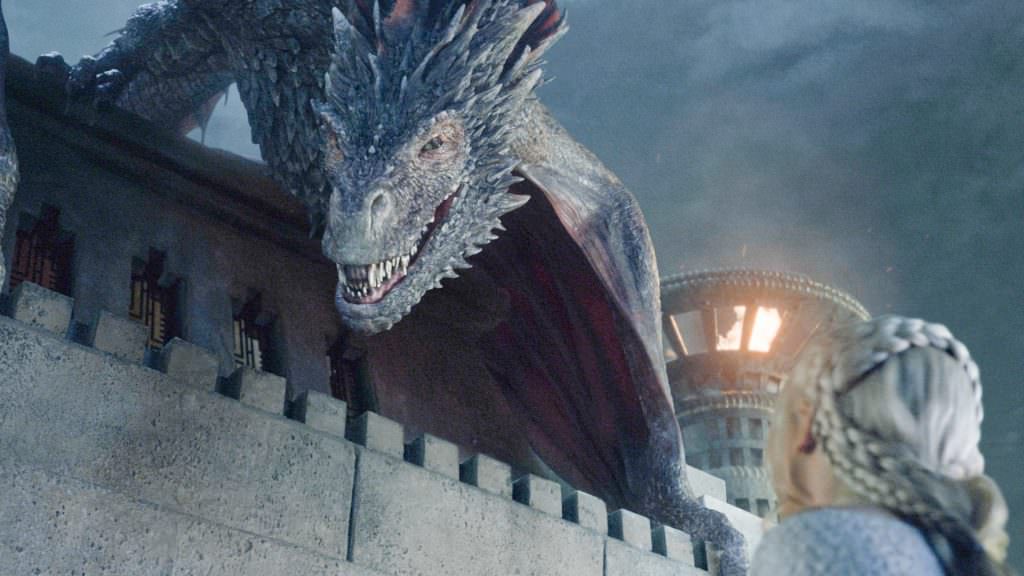 Game of Thrones fans were once installed in two very distinct houses; those who had read George R. R. Martin’s books and those who hadn’t. Then, David Benioff and D.B. Weiss’s juggernaut show caught up to, and surpassed, Martin’s books, uniting those houses after a years-long semi-bitter feud. While Game of Thrones spent season 7 rushing towards the Great War with the Night King and his army of the dead, Martin has been (as he has been for a while now) plugging away on the final book in his epic series, “The Winds of Winter,” the outlines of which he told to Benioff and Weiss so they could track the show to the books.

Now, iO9 has tipped us off to Motherboard‘s interview of a full-stack software engineer named Zack Thoutt, who created a “recurrent neural network” to write Martin’s “The Winds of Winter” for him. Based on words, phrases and characters from the series, Thoutt’s software uses its “long short-term memory” network to piece together what’s to come, using information from the 5,376 pages of text from the first five books. As iO9 points out, the software has some glitches; in its’ book-in-progress, both Ned Stark and Lord Mormont have risen from the grave.

Here’s an example of the deeply odd creation, coming from the first chapter, narrated by Tyrion:

Tyrion could hear Lord Aemon’s coughing. “I miss for it. Why did you proper?”

“I feared Master Sansa, Ser,” Ser Jaime reminded her. “She Baratheon is one of the crossing. The second sons of your onion concubine.”

Lady Donella length of a longsword, the hair that went ready to climb side from her. And all between them were belaquo bonebreaker and the night’s watch ride in their room. Only he could not look at them, even others sure. “How could you leave the world?”

She poured off two eyes and stepped down under the fire. “She will find your brother, and now I heard her since she was standing the bowl. The night was fair and damp.

“Yes, the stone cook, my Lady,” he puffed when she entered, and his mood was not in the hall. This is my sword. He had to use trouble when he put quill, at first day.

The next morning he awoke another hundred feet above the winesink beside the temple with a battering wall, like the wall a pack looming ominous. His right leg was solid below. He ended that tight. To show, summer came as well as he had and the intruder sept bowlegged one great younger man all gathered in front of the rocking of iron chains, his foot short of black steel and the cold old shadow. The shield in his hand bobbed, leaving a third of his neck in the dangling water.

With five chapters already done (and each as insane as the above), Thoutt’s network is plugging right along, revealing, if that’s the right word, some pretty significant happenings in Westeros. According to Thoutt’s software, Varys is going to poison Daenerys and Arya’s going to start using her boot as a weapon. It’s also seemed to write some things everyone seems to agree with, like Jaime Lannister will kill his sister Cersei, and Jon will right a dragon. It’s also created a new character, Greenbeard, who…well it’s too crazy to try and sum up. Here’s the bit iO9 pulled:

Greenbeard was waiting toward the gates, big blind bearded pimple with his fallen body scraped his finger from a ring of white apple. It was half-buried mad on honey of a dried brain, of two rangers, a heavy frey.

“Six men wanted to kill one Stark, this grey o’ all of three.

If you want, you can read the five chapters here. Warning, it’s a little like meeting someone deeply drunk at a bar and listen to them try and channel these characters as they wax unpoetic about the future of the seven kingdoms.