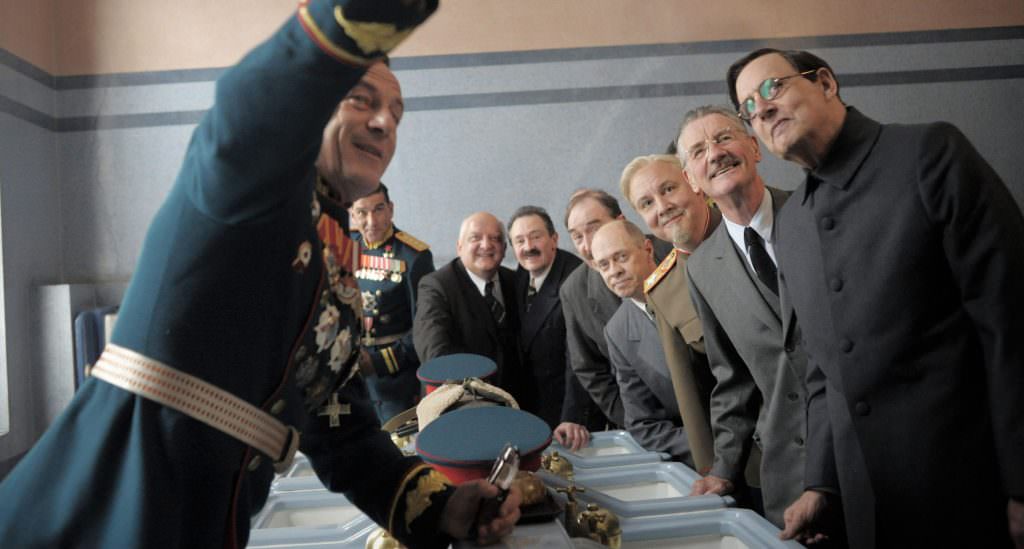 From London’s Royal Academy of Music to Mickey Mouse? Why yes — for composer Christopher Willis, it’s all part of an extensive, varied resume that’s seen him receive a PhD in Musicology from Cambridge as well as score everyone’s favorite series in political satire, Veep. We sat down to chat about the rather complicated music going on in those Mickey Mouse Shorts, why creating a soundtrack to a Disney ride is so tricky, and what one learns while researching Stalin’s favored composers for The Death of Stalin, which comes out later this year.

You have a very formal classical background. How did you make the leap to Hollywood?

I grew up immersed in classical music. I was finishing up a Phd in musicology at Cambridge when I became fascinated with film music, and started reaching out and seeing if there was some way I could make the leap. It was Rupert Gregson-Williams who gave me my first gig. He really took a chance on me. I had a lot of musical skills but I didn’t know about the industry. He was enormously patient and a good teacher.

I worked on a number of films with him. The first time we met was on the Dreamworks films Over the Hedge. He happened to be coming to London to record that. He’d heard my demo. I’d done a little-known job, as a score reader, looking out for mistakes, or typos in the score. We chatted a bunch during that week and really hit it off.

It’s struck me as a little sad that more people don’t move over from the classical world into the film world. That was once a more common path to take. But training in classical music has changed over the years, and it’s not so focused on traditional harmony. Maybe these days it’s more daunting [to move from classical music to film] since it’s so heavy on production, there are so many computers involved. It would be nice if one day there were more traffic. There are a great many classical musicians who would be useful to us in movies.

Having made the switch and now working on both television and movies, what are the major differences between scoring for each?

Increasingly, the two are overlapping. i think it’s becoming a question with television, of trying to make something feel cinematic, while having a lot more constraints, the main one being that you have to work so quickly. On Veep, one of the main musical challenges was that at the start, there was virtually no music. But as Julia Louis-Dreyfus’s character becomes more powerful, there’s a need for more music — and the music had to become more self-important and pompous, without losing the original flavor. By season four, she’s flying across the world and brokering peace and things like that.

Staying on the topic of television, where do you find your inspiration for the Mickey Mouse Shorts?  Call us crazy but they seem to employ your classical background most of all.

I’ve always loved cartoon music. Since Mickey Mouse started, I think I’ve become more and more interested in the history of cartoons and cartoon music. It’s quite intimidating once you get into it. Some of the composers whose music we all heard every weekend when we were kids was extraordinarily good. For instance, there’s Carl W. Stalling, who scored the vast majority of early Looney Tunes cartoons. The writing there is incredibly advanced; he had been listening to the latest developments in classical music and jazz in the 40s and 50s. I think the biggest challenge that I have on Mickey Mouse, that’s different from [scoring] the music of the 40s and 50s, is that cartoons and their frame of reference have moved forward. Cartoons have always been irreverent [so you’d write an irreverent version of classical music]. But now it’s not only the same classical music you’d have in the 40s, it’s also Bollywood or surf rock or disco.

Can you tell us about the upcoming The Death of Stalin? In theory it sounds like the opposite of Mickey Mouse, but watching the trailer, I’d swear there was some classical Hollywood orchestral scoring overlap.

That’s the most obvious connection, I think. I ended up doing this thing now repeatedly where I’ve researched what I’ve been given to do in a way that’s a bit like what I used to do as a musicologist. So with Mickey Mouse, it might be Henry Mancini. In Death of Stalin, it was all this Soviet music from the 50s, so it was all Shostakovich and Weinberg. They’re interesting, because they were the ones writing music in the Soviet Union at the time. They’re also interesting on another level, especially in Shostakovich’s case. Because he was famous, he had a complicated relationship with Stalin, he was in and out of favor. There were times he thought he’d written a piece that had offended the authorities, and he had his bags packed, because he thought he was going off to the gulags. There are two levels to researching that stuff, because it informed what I was going to do musically, as I learned about the history.

Once it’s time to start writing, how do you begin?

I start at the piano. I start with a pencil and paper as well. I tend to not really be happy that I’ve started until I’ve got some notes, some harmonies, and then I’ll eventually go to the computer and work there. Occasionally I will realize while I’m at the piano, that it’s not doing it justice. But by and large, I’m looking for that theme before I can relax [so] I’ll sit at the piano and be relatively uncritical and write a lot of ideas. It’s important not to kill an idea, and particularly not kill it instantaneously.

From Mickey Mouse to Shostakovich — is it standard for composers to work on such a range of projects?

Certainly when you arrive in Hollywood as a composer, everyone hopes to do as wide a range of things as they can. I’m just glad actually, that I get to do things that I find so satisfying to do. I think I’ve been very lucky with the projects that I’ve got.

Can you name a favorite?

I’ve been lucky enough to work with people who are very open minded. When I was coming up through the system and witnessing other composers having meetings, I would see execs who would need to hear exactly what something was going to sound like. Armando Iannucci, Death of Stalin’s director, and Paul Rudish, the creator of [the new] Mickey Mouse series, are both very good at hearing me describe what I think I’m going to do, or do an old-fashioned thing like play on the piano, and say ‘yeah, I trust you.’ I think it’s quite rare to be that brave.

What’s coming up after The Death of Stalin?

Well, I’m also doing a Mickey Mouse ride that’s opening in 2019, Mickey and Minnie’s Runaway Railway. It’s really amazingly complicated — a ride takes about as much time as a movie does, to put together. Rides are full of speakers and different people in different places at different times, where once upon a time, the music would have just been on a loop, or several loops. In “It’s a Small World,” for example, each room is playing a song or a version of it. But now there are computers following everyone in the building.

The spirit of the ride is going to be really old-fashioned, structured around a song. All I’m allowed to say is that you end up going inside a cartoon. You actually get to see what it would be like, living inside a cartoon. It’s not done with 3D glasses, but with special effects done around you in the real world. It’s all brand-new technology and really amazing, and huge as well.

Musically speaking, I think you might be the foremost expert on Mickey Mouse of our time, which is really pretty cool.

Featured image: Still of Jason Isaacs and Andrea Riseborough in The Death of Stalin​. Courtesy IFC.

TAGSComposer The Death of Stalin