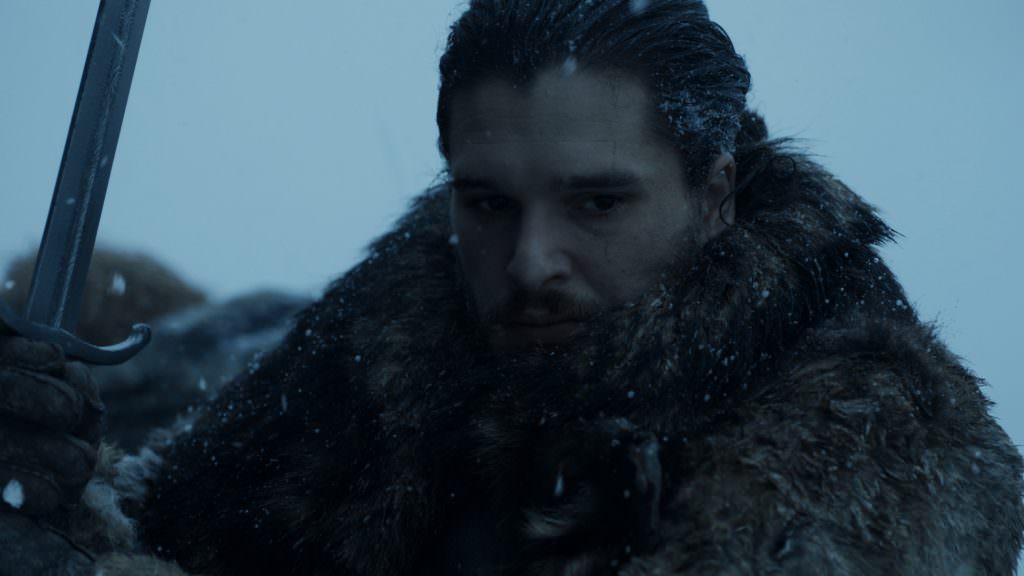 While we digest the insanity of last night’s penultimate episode “Beyond the Wall,” HBO has released the teaser trailer for Game of Thrones season 7 finale, and it’s a doozy. Before you watch it, give our latest recap a read if you haven’t already, and help us answer some of these questions we have after the episode. As for the finale’s teaser, it promises that the fighting we witnessed in “Beyond the Wall” will move back to Westeros, where the Lannister forces will see just how massive Dany’s army truly is, when Grey Worm’s Unsullied and the Dothraki horselords are amassed together. The major moment, however, is glimpsed at the very end of the teaser—the face-to-face meeting between Jon Snow and Cersei Lannister. “There is only one war that matters, and it is here,” Jon tells her, no doubt having already shown Cersei the wight they bagged beyond the wall. Will Cersei listen? Will she stop plotting her endless revenge and join Jon and Dany in the larger war with the Night King? Why would Cersei suddenly put the good of the realm over her own narrow, power-mad interests, even with a good look at a wight?

These questions and more will be, if not answered in the finale, at least addressed. The larger war with the Night King will come in the final season, that is, if there’s anyone left to fight him. With the Stark sisters fighting up in Winterfell, and the Night King now in possession of one of Dany’s dragons, the fate of the living in Westeros has never looked quite so grim (and it’s always looked pretty darn grim).