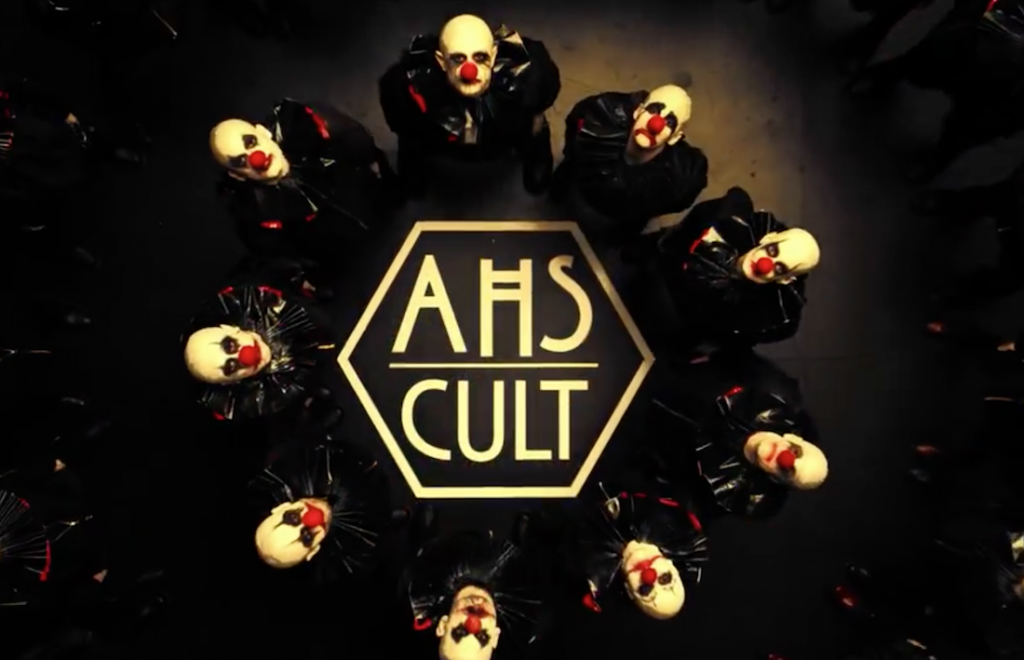 American Horror Story has been set across multiple eras in seasons past with flashbacks jumping as far back as the 1500s. This season, however, is completely of the moment, asking the question, are we already living our worst nightmare? The latest trailer shows AHS alum Sarah Paulson realizing her greatest fear that many American voters relate to in the election of President Trump. Fan favorite Evan Peters’ character, Kai, has a starkly different reaction as he wildly celebrates the news.

As this season’s title Cult suggests, Peters is part of an extremist group hoping that Trump’s election will send the country into anarchy. From there, the trailer takes a Purge–like turn as Ally (Sarah Paulson), suffering from a crippling fear of clowns, is terrorized by Kai and his gang in her own home. Ally fights to protect her son, but it looks like the cult may have been trying to wield their influence over the young boy themselves. Compounding the situation is Ally’s wife who is unsupportive and believes that Ally’s fears are all in her imagination.

Really exciting for true devotees is the return of the most grotesque, terrifying, and ultimately awesome character the show has ever produced, Twisty the Clown. Twisty made his debut on season 4’s Freak Show in one of the most disturbing scenes in TV history. After a promising entrance, the character didn’t live up to his full potential and faded throughout the season. While there’s no actual sighting of John Carroll Lynch as the chilling clown in the trailer, his likeness appears on a comic book (which should definitely be a real thing) and as a doll given to Ally’s daughter. Creators Brad Falchuk and Ryan Murphy have always promised that the seasons intersect. Is this a crossover, or will Twisty take on a new persona in Cult?

This season welcomes Billie Lourd who plays one of Kai’s cult followers and it looks like she’s going to do a tremendous job. Lourd who comes by acting naturally, daughter of screen legend Carrie Fisher, is a major scene stealer in Scream Queens.

Cult seems to have all the ingredients to be a smash hit. The challenge for creators Brad Falchuk and Ryan Murphy will be to tell a story that’s scarier than reality.