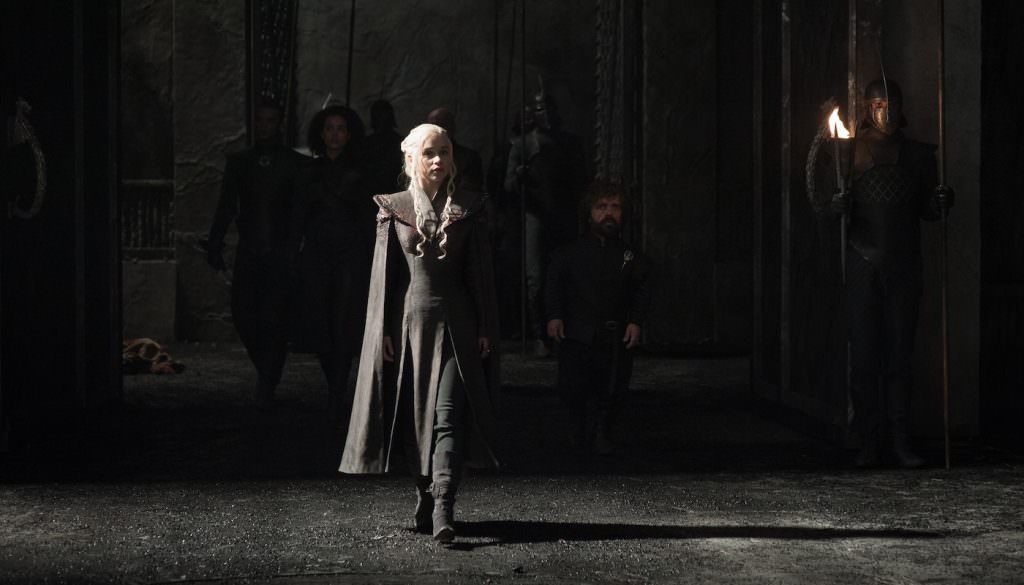 It’s not always easy (okay it’s hard) keeping track of where we left off in Game of Thrones when a new season premieres. A LOT happens on this show, and with how sprawling Westeros is, and how many families, factions and rogue elements are vying for power, it helps to have a guide remind you of where you’ve been and what you’ve seen. We’re here to do that for you.

The season seven premiere is this Sunday night on HBO at 9pm EST. Season seven is shortened; there will be only be seven episodes instead of the usual ten, and as we’ve written in the past, it means the pace will be very fast from the jump. With all our major players converging, the final two seasons of Game of Thrones will be more of a sprint than a marathon.

When we left the Lannisters, Cersei had just wiped out all of her King’s Landing enemies and had taken the Iron Throne. Cersei obliterated the Great Sept in the most masterful, brutal display of her remorseless cunning the show has ever delivered. Now she sits on the Iron Throne, all her children dead, backed by her closest allies; Jaime, Qyburn, and the Mountain. While Cersei may have wiped the board of her most proximal enemies, she’s woefully unprepared for the Night’s King and his White Walkers.

It seems like a lifetime ago when Jon Snow was actually dead. Now, the risen bastard enters season seven having bested Ramsay Bolton (who was put to death by Sansa in one of the show’s most gruesome comeuppances) and is now the King in the North.

Then there’s the two youngest Starks, Arya and Bran, who have bravely battled there way through their epic quests towards, hopefully, a Stark reunion. Arya continues to mow through her revenge list, having dispatched one of the orchestrators of the Red Wedding, Walder Frey, after feeding him his sons. Bear in mind that her revenge list includes Cersei Lannister. As for Bran, he’s been shepherded by Meera Reed on a long journey beyond the wall, and he, too, is becoming more powerful by the day. His vision at the end of season six revealed that his half brother Jon Snow is not Ned Stark’s son, which is what everyone in Westeros thinks, but is the son of Ned’s sister, Lyanna. This means his father  is Rhaegar Targaryen, Dany’s deceased older brother.

As the New York Times notes, “if Lyanna and Rhaegar were married before they died, Jon would have a strong claim on the Iron Throne. (Legitimacy is always his issue.) The combination of Stark and Targaryen blood could also give Jon all sorts of powers that might be useful in, say, a war against an undead army led by the White Walkers. The long-promised winter has arrived, and Jon has generally been the only warrior who has given the White Walker problem the attention it deserved.”

At long last, Daenerys Targaryen will enter Westeros in season seven. Having spent the previous six seasons in various adventures of colonization, governance and betrayal in the East, Dany and her newfound allies, Yara and Theon Greyjoy, were crossing the Narrow Sea when we left them. There’s been plenty of specualation that Yara and Theon’s brutal, bitter uncle, Euron Greyjoy, who popped up at the end of last season and killed their father, will play a huge part in season seven.

Dany has her dragons, Tyrion Lannister (who is destined for a showdown with his sister Cersei), and Varys. Dany also secured allies in the Houses Martell and Tyrell, neither of whom would mind seeing the Lannisters routed once and for all.