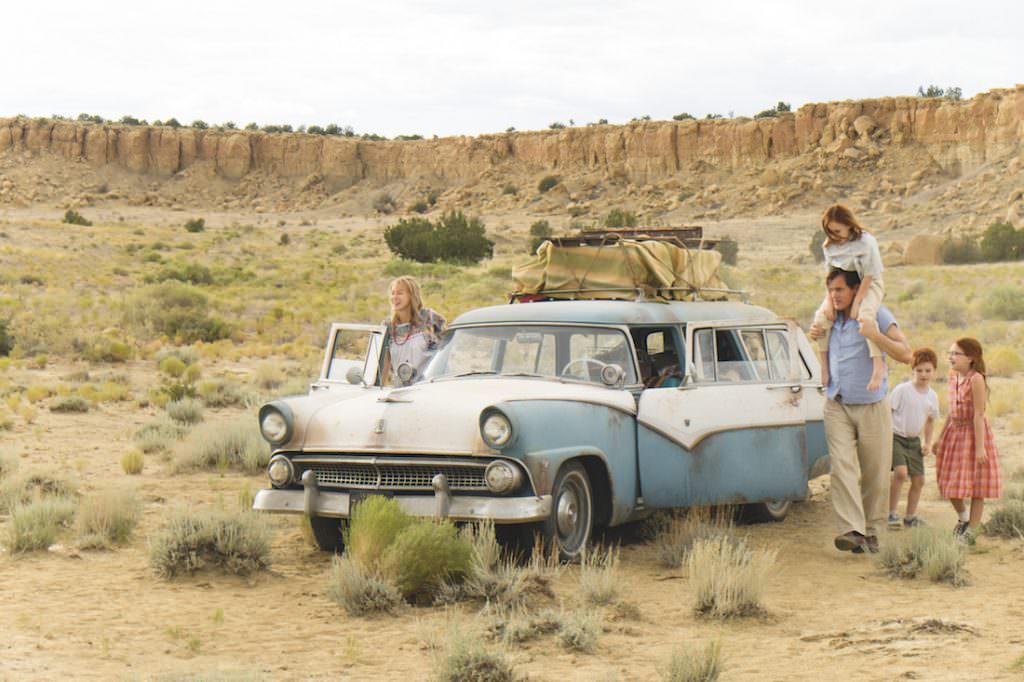 Lionsgate released a new trailer for the upcoming film The Glass Castle, called “Dream.” The film is based on the long-lasting New York Times best-selling memoir of the same name by Jeanette Walls, a gripping portrait of family dysfunction that made major waves when it was published in 2005. The film stars Oscar winner Brie Larson (Room), Woody Harrelson (The Messenger) and Naomi Watts (Birdman) and is directed by Destin Cretto, who wrote the screenplay with Andrew Lanham.

The film tells the story of Walls' life, and how she was influenced by her free-spirited parents; her father was an alcoholic and her mother painter and artist. Walls eventually broke free of their influence, but everything changed when her parents move to New York to live close to her.

The new trailer gives us a brief snapshot of the heartbreaking performance of the relationship between Brie Larson, as Jeanette, and Woody Harrelson as her father Rex. The trailer starts with Larson’s character describing her poverty-stricken upbringing as a car is shown swerving down a desert road, where after getting out, Harrelson’s Rex yells “you learn from living.”

Here's the official synopsis: Chronicling the adventures of an eccentric, resilient and tight-knit family, The Glass Castle is a remarkable story of unconditional love. Oscar winner Brie Larson brings Jeannette Walls’s best-selling memoir to life as a young woman who, influenced by the joyfully wild nature of her deeply dysfunctional father (Woody Harrelson), found the fiery determination to carve out a successful life on her own terms.