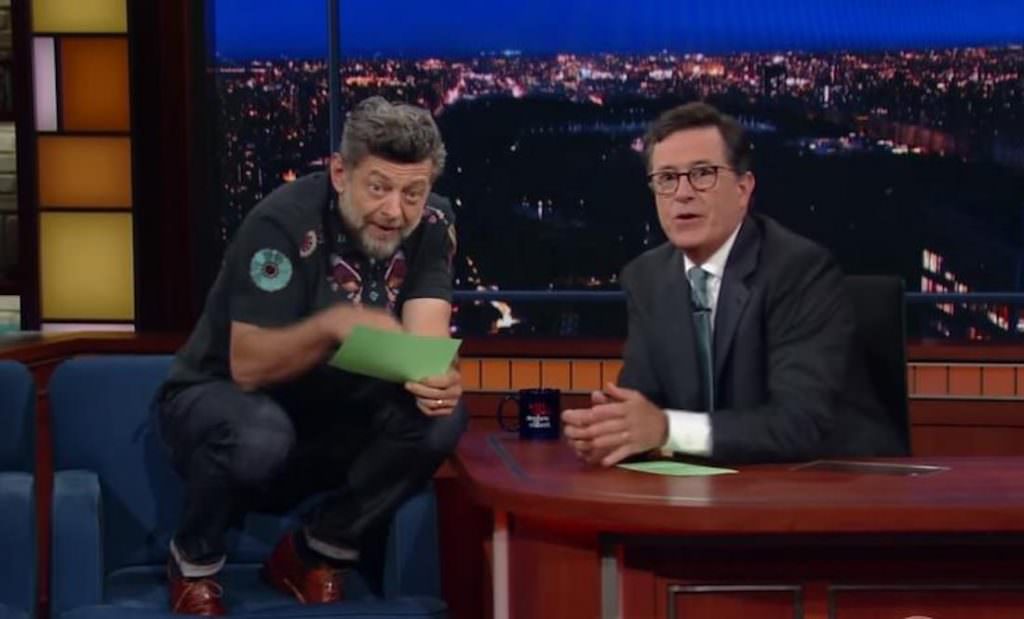 Andy Serkis, the brilliant actor who has portrayed the ape Caesar in the new Planet of the Apes reboot, is on a press tour to discuss the final installment, War for the Planet of the Apes. Last night he was on the Late Show With Stephen Colbert to discuss the film, which has quietly become of the most critically acclaimed reboots of the past decade. While there, Colbert, a huge Lord of the Rings fan, couldn't help but ask Serkis to become the character who made his name. As we’ve written about before, Serkis has practically single handedly made motion-capture performance what it is today, and his mo-cap abilities became widely known after portraying Gollum in Peter Jackson’s The Lord of the Rings trilogy. So, on Colbert, Serkis honored Colbert's request and became Gollum once again to read some of President Trump's tweets (it begins at the 3:30 mark). The results are, no matter where you fall on the political spectrum, really, really funny:

If you want to see Serkis doing his real thing, War for the Planet of the Apes is being hailed as one of the best summer films in years. It opens wide this Friday, July 14.